TRIPOLI (Reuters) – Libya’s internationally recognised government in Tripoli announced a ceasefire on Friday and the leader of a rival parliament in eastern Libya also appealed for a halt to hostilities.

The statements offered hope for a deescalation of a regionalised conflict that has wracked the country since a 2011 uprising, displacing hundreds of thousands, slashing oil production and opening space for migrant smugglers and militants.

However, previous efforts to secure lasting truces and political settlements have stalled, and political leaders hold limited sway over armed groups in two broad factions that have been split between western and eastern Libya since 2014.

The Tripoli-based Government of National Accord (GNA) faces east-Libyan based forces led by veteran commander Khalifa Haftar, who launched a 14-month offensive on Tripoli before Turkish military support for the GNA forced him to retreat in June.

Both sides and their foreign backers have been mobilising around the central city of Sirte, though there has been little fighting in recent weeks.

Following international calls for a ceasefire and a demilitarised zone around Sirte, on Friday the GNA said its head Fayez al-Sarraj had “issued instructions to all military forces to immediately cease fire and all combat operations in all Libyan territories”.

There was no immediate comment from Haftar or his Libyan National Army (LNA), but the head of an eastern-based parliament aligned with Haftar issued a statement appealing for an end to hostilities across the country.

The GNA and eastern parliament speaker Aguila Saleh both cited the spread of coronavirus as a reason for backing a ceasefire.

Saleh is seen to have gained influence compared to Haftar since the LNA’s retreat from Tripoli.

International involvement has often swung the course of Libya’s conflict since 2011, and has deepened since the LNA, which is backed by the United Arab Emirates, Egypt and Russia, began its offensive on Tripoli in April 2019.

Regional powers have long voiced support for a political solution while routinely violating an arms embargo on Libya, according to U.N. experts.

On Friday, many welcomed the ceasefire push, including Egypt, the UAE, and Saudi Arabia. Qatar, which is aligned with Turkey and the GNA, also praised the move.

The GNA called for the lifting of a seven-month blockade on oil facilities that has all but stopped the country’s output, saying revenue should be held in a special account and only be released after a political deal was reached.

The state-run National Oil Corporation (NOC) said it backed that proposal, but military forces should be withdrawn from oil facilities before any resumption of exports. 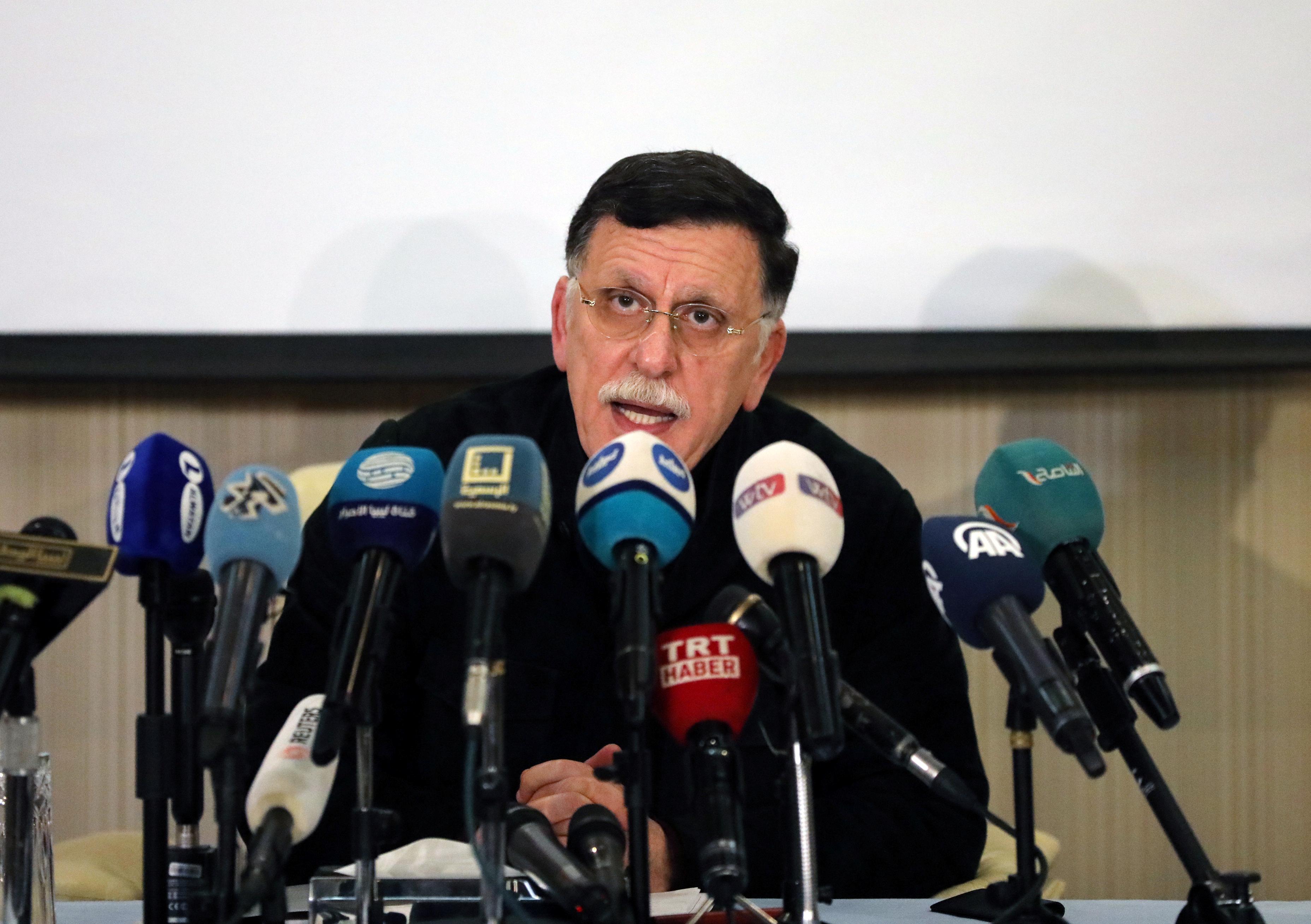 Distribution of oil revenue has been a key source of tension between the two sides. The acting U.N. envoy to Libya, Stephanie Williams, said she “warmly welcomed the points of agreement” in the statements by Sarraj and Saleh, including calls for resuming oil production.

U.N. spokesman Stephane Dujarric said Secretary-General Antonio Guterres “hopes the calls for a ceasefire will be respected immediately by armed forces from both sides.”

The United Nations has been coordinating international efforts for military, political and economic deals in Libya following an international summit in January in Berlin.