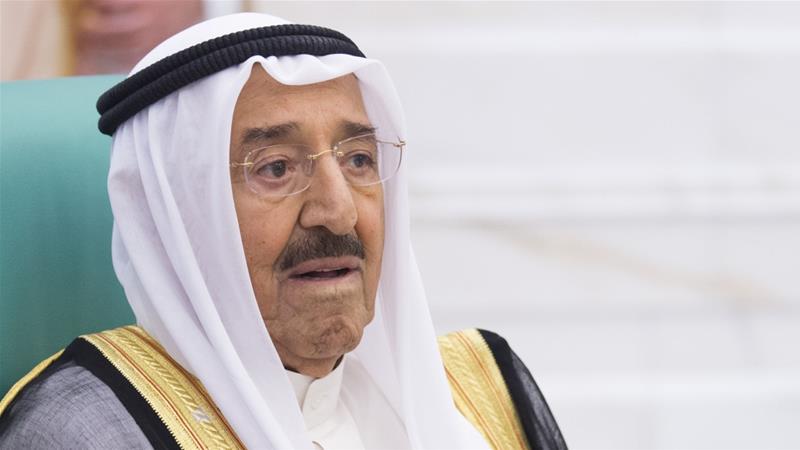 Kuwait’s 91-year-old ruler has been admitted to hospital for a medical checkup, the oil-rich nation’s state-run news agency has reported.

Later on Saturday, Kuna reported that the Gulf monarchy’s crown prince will temporarily exercise some of the ruling emir’s constitutional duties, per a royal decree.

The hospital visit comes as the nation continues to fight the coronavirus pandemic, which has seen more than 58,000 cases and 400 related deaths in the country of 4.1 million. Its health ministry says more than 49,000 people have recovered from the virus and the COVID-19 disease it causes.

In August 2019, Kuwait acknowledged the emir suffered an unspecified medical “setback” that required him to be hospitalised.

That came after visiting Iranian Foreign Minister Mohammad Javad Zarif wrote on Twitter that he was “praying for Emir’s speedy recovery”, without elaborating.

Sheikh Sabah has ruled Kuwait since January 2006. He has pushed for diplomacy to solve regional issues, such as the continuing boycott of Qatar by four Arab nations, and hosted major donor conferences for war-torn nations like Iraq and Syria.

Sheikh Sabah had a pacemaker implanted in 2000 and underwent successful urinary tract surgery in the United States in August 2007.