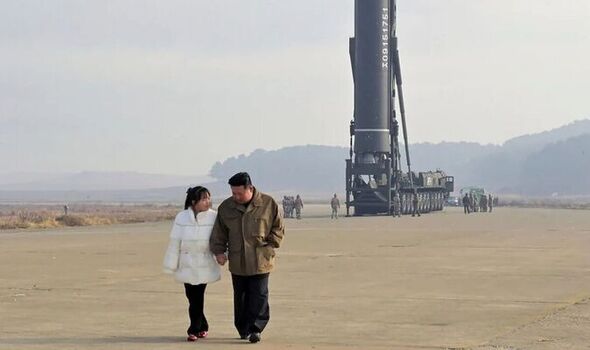 The photographs were taken ahead of a ballistic missile launch on Friday.

A large missile can be seen in the background at Pyongyang International Airport.

The existence of Kim’s daughter had not before been officially confirmed.

KCNA did not name the girl.

North Korea leadership expert Michael Madden, quoted in the Telegraph, said: “This is the first observed occasion where we have seen Kim Jong Un’s daughter at a public event.”

He added that “it is highly significant and represents a certain degree of comfort on Kim Jong Un’s part that he would bring her out in public in such fashion”.