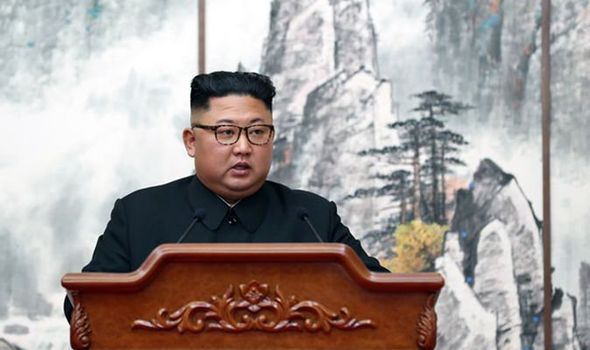 He said: “Kim Jong-un is alive and well. He has been staying in the Wonsan area since April 13. No suspicious movements have been detected.”

Unification minister Kim Yeon-chul said on Sunday South Korea has “enough intelligence to say there are no unusual developments” in North Korea which back up speculation about Kim Jong-un’s health.

Rumours about Chairman Kim’s health began to swirl after he missed the April 15 commemoration of the 108th birthday of his grandfather, North Korea’s founder Kim Il Sung.

Chairman Kim is the third generation of his family to rule North Korea and he had not missed the event since assuming power in 2011.

Other unconfirmed reports said an operation to insert a stent into his heart went wrong because “the surgeon was shaking so badly”.