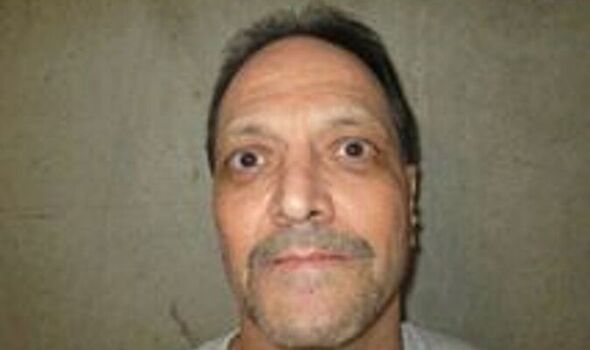 Richard Fairchild, 63 was executed on his birthday on Thursday after being sentenced to death for torturing and killing his girlfriend’s three-year-old son Adam Broomhall in 1993, The Mirror reports. He was executed by lethal injection at Oklahoma State Penitentiary in McAlester where inmates are given a budget of $25 (£22) for their final meal. The former marine ordered a last meal of two quarter-pounder cheeseburgers, large chips, pumpkin pie, a pint of chocolate ice cream and a large coke to drink.

Before his death, Fairchild expressed remorse for his actions.

He said”Today’s a day for Adam, justice for Adam.

“I’m at peace with God. Don’t grieve for me because I’m going home to meet my heavenly father.”

During his case, prosecutors revealed that Fairchild held the boy against a scorching furnace before throwing him on the table because he wet the bed.

The Oklahoma attorney general’s office said “the method of Adam’s murder can only be described as torture.”

Speaking after execution, Broomhall’s uncle said he was surprised that Fairchild express remorse for the murder.

He said: “Our long journey for justice has finally arrived. He hadn’t said that in 30 years.”

Efforts to apply for clemency and a last-minute stay of execution were rejected after attorneys argued Fairchild would be unaware of his execution because of his poor mental state.

Attorney Emma Rolls said: “Fairchild’s connection to reality has been tenuous throughout the over 20 years our office has represented him.

“Based on conversations with him on November 14, it is clearly the connection is now severed.

“He believes his brother is torturing him with a voice recording device from outside the prison and that his brother wants him to be executed in order to obtain millions of dollars that Mr Fairchild believes he has in a bank.”