HAVANA (Reuters) – In the face of global panic over the coronavirus pandemic, Cuba’s government has urged calm, saying stress weakens the immune system, and the Communist-run country has taken fewer measures than Caribbean neighbors as it trusts the strength of its medical system. 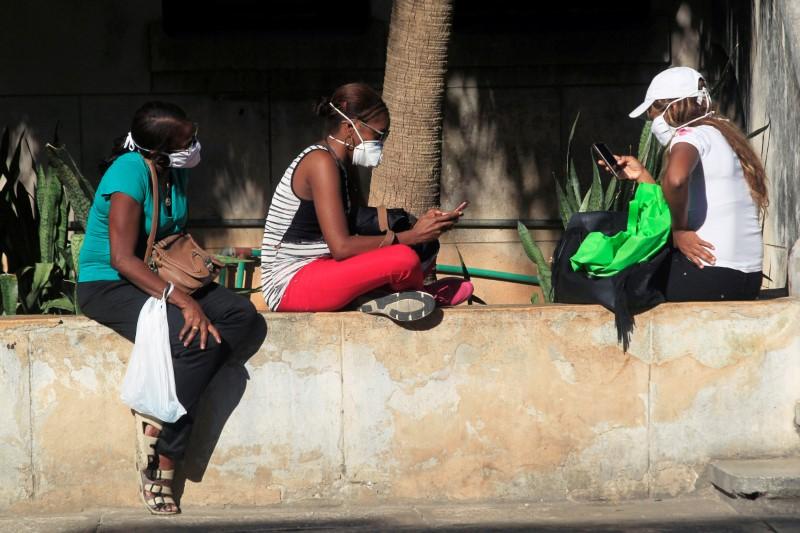 The government has suspended large cultural and sporting events, but has so far steered clear of ordering workers and students to remain at home and has kept is borders open.

Cuba is renowned for its preparedness in advance of natural disasters such as epidemics, and for its medical prowess. It sends its doctors to health crises around the world, including to ebola outbreak in West Africa in 2014-2016.

With the world’s highest ratios of physicians to population, according to the World Bank, Cuba has tens of thousands of doctors as well as medicine students going door to door to monitor local communities.

“Closing the centers for work and teaching create a situation of tension and stress that is known to diminish the body’s immune system,” the health ministry’s epidemiology chief, Francisco Durán García, said on state-run TV this week.

Cuban officials have said the island’s hot climate could slow propagation of the virus and a state-run tourism agency has even promoted the island as a safe destination.

Cuba has also boasted that it produces a drug that helped curb the coronavirus outbreak in China, although some experts doubted whether it was effective as a mass treatment.

Many Cubans trust authorities’ assurances they have the situation under control, in a country where the state has a monopoly of mass media. But some are concerned about the government’s decision to keep borders, schools and workplaces open and to encourage tourism.

On Wednesday, authorities reported the first death from coronavirus in Cuba, an 61-year old Italian tourist. The number of cases has steadily risen over the past week to 16 confirmed, all imported, and 523 hospitalized on suspicion of having it.

Critics note that Cuba has the oldest population in Latin America and the elderly are especially vulnerable to the disease. Increased internet access on the island has generated more concern as citizens have been able to evaluate other countries’ approaches.

“They should close the borders already because cases are coming from abroad,” said Luis Rodriguez, 48, who drives a “coco taxi” – a three-wheeled scooter under an egg-shaped booth – in Havana. “It will be difficult because we live from tourism but health comes first.”

The cash-strapped nation, which received more than 4 million visitors last year, says the number of cases and lack of local transmission does not yet warrant closing borders.

Instead, they are monitoring travelers at airports. Residents entering the country will have to self quarantine for 14 days under measures due on Friday, according to Communist Party newspaper Granma.

“In the case of tourists, staying in hotels will be favored (over bed-and-breakfasts), where there are all the conditions to increase epidemiological vigilance and medical supervision,” it wrote.

Critics question the efficacy of these checks, especially since people can be infected without showing symptoms.

“When we arrived at the airport … they just asked us if we had been coughing or had fever, although we came from France where there have been thousands of cases already,” said Jules Lhuissier, a 28-year-old medical student on France, who arrived on holiday in Havana five days ago.

NO CURFEW, CLOSURES YET

While life in Havana has continued much as normal, some private business owners have chosen to suspend operations.

“We are closing next week because we cannot be a place for the virus to propagate,” said Nelson Rodriguez Tamayo, owner of a buzzing cafe in the colonial Old Havana. “We are thinking about doing delivery”.

Others are voluntarily keeping their children at home.

One source said authorities would on Friday order private restaurants and bed-and-breakfasts to close and announce fiscal benefits for them. 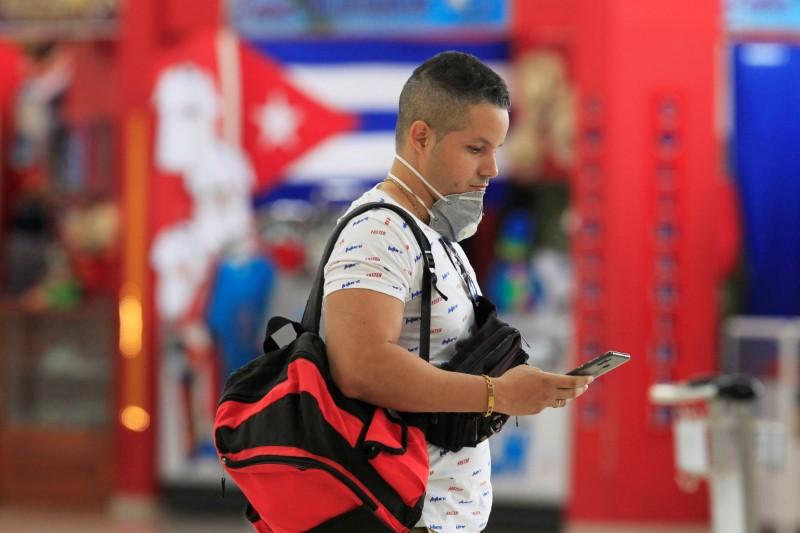 Many Cubans also worry about the lack of protective equipment and hygiene products in a country under U.S. sanctions, which faces shortages of many basic goods. Adequate hand-washing is also problematic for many who face sporadic outages of running water, and Cuba is recommending that citizens make their own face masks.

“There is no way to shop online here, so if I don’t queue up how do I get by?” asked Eddy Zamora, 36, queuing outside a supermarket. “And I don’t have the money to stock up.”