The former European Commission president is advertised by the London Speaker Bureau as being available to deliver keynote speeches or talk at board meetings across the globe. His specialist subjects are Brexit, the European Union and the bloc’s single currency, according to the agency. Mr Juncker’s page on the agency’s website describes him as a “founding father of the euro, a pioneer of European unification and prime minister Luxembourg”.

Arch-federalist Guy Verhofstadt, who is signed to the agency, makes as much as £167,585 a year from public speaking appearances, according to his financial declaration to the EU Parliament.

Former Brexit sparring partners, such as David Cameron and Theresa May, have also raked in millions of pounds between them after signing up with similar agencies.

After stepping down as Commission chief last December, Mr Juncker, 65, received a bumper severance package worth around £144,000. 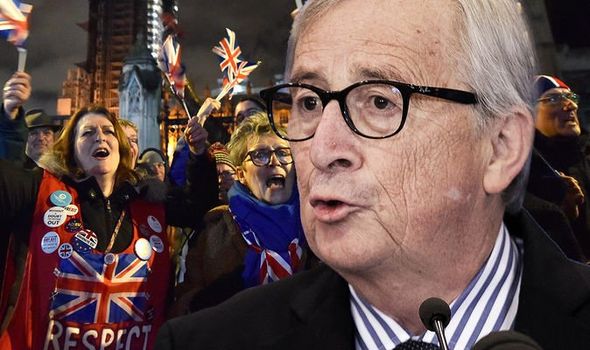 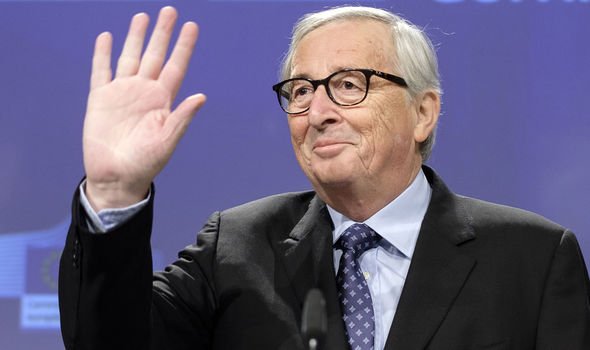 Brussels rewards its top eurocrats, who received more than £350,000, a “certain level of financial security” after leaving office.

Mr Juncker had to seek permission from his successor, Ursula von der Leyen, before being allowed to sign with the London Speaker Bureau.

The Luxembourger’s request was accepted on the condition he continues to promote the European Union’s expansionist vision and interests.

A copy of the decision, seen by Express.co.uk, said: “The former President furthermore informed the Commission that he intended to use the opportunity presented by these speaking engagements to raise awareness about the European Union and to promote a better understanding of its role and importance.”

Even after leaving office Mr Junker is expected to “respect the obligations” handed to him by Brussels, the memo added.

According to the internal document, eurocrats ruled that his “envisaged arrangement with the London Speakers Bureau is compatible” with his former role as Commission president.

During his time at the helm of the Brussels-based executive, the 65-year-old branded Brexit a “waste of time and energy”. 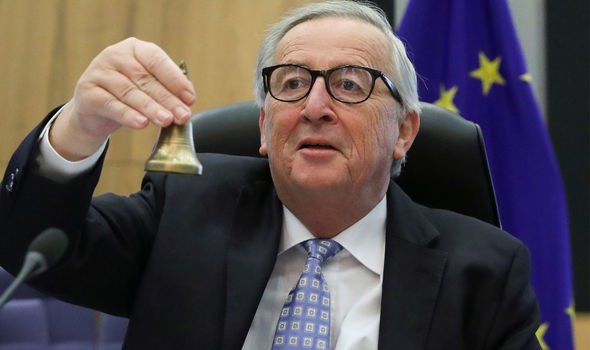 He even accused leading Leave campaigners, including Prime Minister Boris Johnson, lairs and claimed he would have been able to convince Britons to remain in the EU if he was allowed to join the campaign.

Despite planning for a quiet retirement, Mr Juncker has also taken up a job with the Brexit-bashing Jacques Delors Institute.

The think-tank was handed nearly £2 million of taxpayers’ money during his time as Commission president.

The role is unpaid but he will be able to claim expenses while pushing his vision for a federalist Europe from underneath the Institute’s banner.

It is understood that none of Mr Juncker’s new roles prevent him taking advantage of a series of perks afforded to former Commission presidents.

He still has access to a taxpayer-funded office in the Commission’s Berlaymont headquarters, a chauffeur-driven limousine and a personal assistant.