The rallies were organised by right-wing political parties to highlight opposition against the country’s handling of the coronavirus crisis. Leaders said the demonstrations were a way to give voice to “the country that does not give up” which has been among the most badly hit by the pandemic and is struggling with the impact it has had.

Organisers said the rally was effectively a rehearsal for mass demonstrations planned for July 4 but was also held to express the needs and requests of citizens who feel forgotten or helped insufficiently by Prime Minister Giuseppe Conte in phase two of the coronavirus recovery plan. 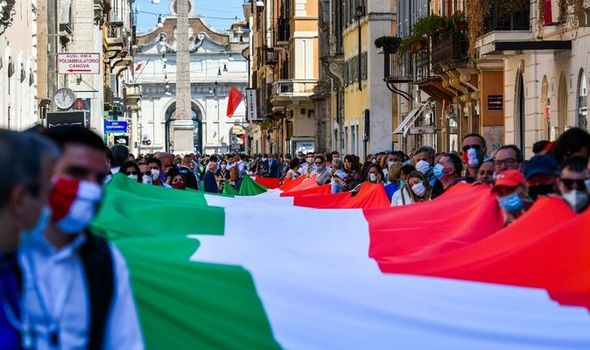 Ms Meloni said: “We will be in Piazza del Popolo with the 500 metre Italian flag.

“There is no better way to pay homage to the Republic than to give voice to those millions of citizens who will not accept an Italy condemned to decline by COVID and by the wrong choices of the government.” 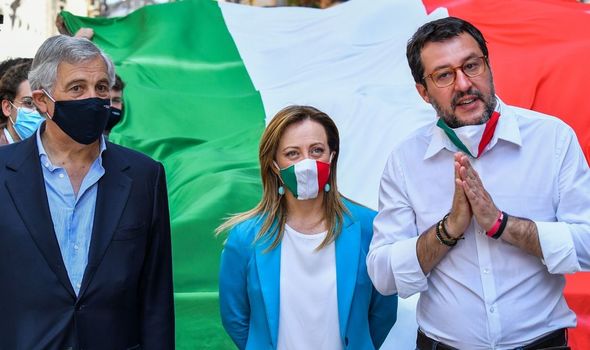 Today’s rallies follow protests across Italy over the weekend when demonstrators claiming COVID-19 was a “trick” took to the streets.

Protests were held in cities including Rome, Milan, Bologna, Florence, Turin and Bergamo.

Huge crowds flouted social distancing restrictions as they took part in the demonstrations across the country.

Some protesters wore orange vests, while others waved flags and many did not have face masks. 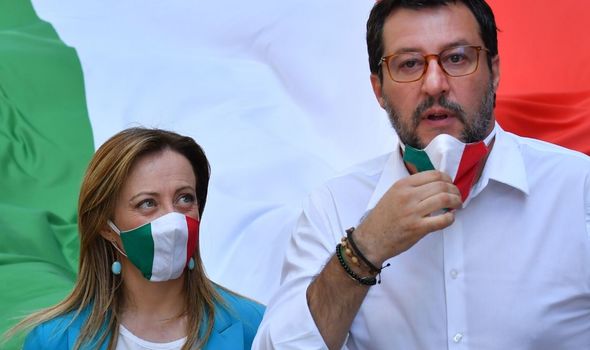 They called for a new government and a return to the Italian lira in place of the euro.

Around 200 people clashed with police during a demonstration in Rome and in Milan hundreds of protesters gathered at the Piazza del Duomo.

He tweeted: “I asked the prefect to report the organisers of the so-called ‘orange vest’ demonstration.

“This is an act of irresponsibility in a city like Milan that is trying so hard to overcome the difficult situation it is going through.”

He said on Twitter: “If there is a place where a demonstration of irresponsible COVID-19 deniers – the self-proclaimed ‘orange vests’ – is outrageous and unbearable it is Bergamo.

“A few dozen mad people, but even that is too much. I hope they are identified and reported.” 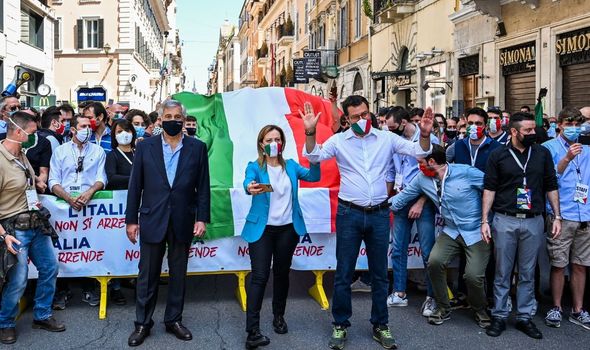 Italy has been one of the worst-hit countries by the coronavirus pandemic with 232,997 confirmed cases and 33,415 deaths.

It has started to lift strict restrictions after months under lockdown but faces an unprecedented economic crisis.