Protesters clash with police outside Iranian embassy in London

It follows a series of “close and frank”  discussions between Liz Truss and her Israeli counterpart, Yair Lapid, which have been seeing the PM increasingly distance herself privately from any prospect of a successful deal with the Islamic Republic. Both PMs forged a close relationship as foreign ministers and continue to share “similar and robust” views on middle eastern security.

While Israel and the UK have vowed not to allow Iran to develop nuclear weapons, efforts by the US, UK, France and particularly Germany to revive the broken nuclear deal  – called the Joint Comprehensive Plan of Action – with Tehran are still ongoing, despite a series of setbacks.

Iran has insisted that an investigation into suspicious nuclear particles found at several sites by the IAEA atomic watchdog should be dropped before any deal can be signed. This has already been viewed as a ‘red flag”.

Yet Iran’s potential to replace Russian energy with its own sanction-free oil exports gives it a leverage which, Israel fears, will entice Western powers desperately seeking a short-term solution to throw caution to the wind.

Such was Liz Truss’ mounting frustration at a host of stumbling blocks, sources say, that at last week’s UN summit she even proposed a plan aimed at getting Iran to sign. 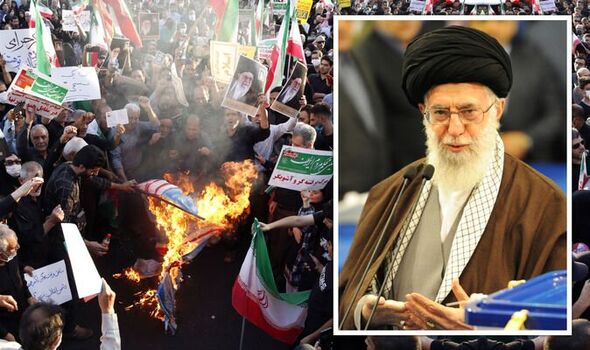 “Truss realises the window for a deal is closing,” said a diplomatic source.

“During the UN summit she proposed that, should Iran continue to block negotiations and refuse to seriously commit, she would then ask that further commitments be added to the table – including human rights guidelines and potentially a review of Iran’s military program as a whole. She knows, of course, the Tehran would never accept these.”

But the strength of current protests are causing some countries to pause.

The source added: “It’s not just the fact that, with each month, the incentives of the deal diminish because the original sunset clauses designed to contain Iran’s behaviour are still being used.

“Now the real question seems to be: is it worth giving Raisi the sanctions relief which may well give his regime the economic and diplomatic boost it needs, just as it is starting to look less than certain that it will still be functional in six months time?.” 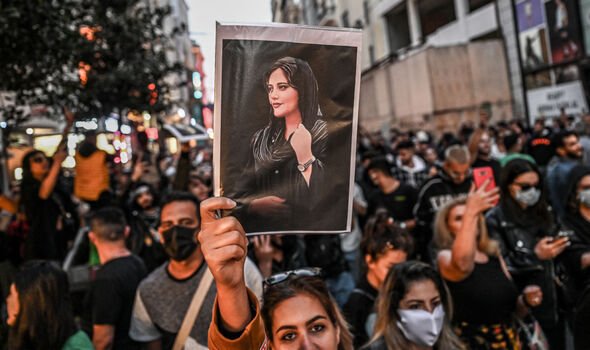 Another complication is the ill-health of 83-year-old supreme leader Ali Khamenei, who must authorise any deal and who, despite a brief appearance on September 17, has missed at least three key security meetings.

The issue of his succession is already expected to cause fissures in the regime, after reports that his son, Mojtaba, was preparing to assume the mantle promised to Ebrahim Raisi in 2017.

Nationwide protests sparked by the death in custody of 22-year-old Mahsa Amini following her arrest by Iran’s Basji morality police showed no signs of abatement last night as they entered a third week.

Basji patrols, staffed by volunteers, have melted away while several officials have reportedly expressed concern about the potential collapse of the armed forces.

A group of former Ministry of Intelligence officers is said to have signed a confidential letter to the Supreme Leader, warning that Raisi’ violent response to clashes could have “dangerous immediate consequences”.

Recent protests in London prove that the regime feels it is in trouble, said Catherine Perez-Shakdam of the Henry Jackson Society think tank.

“Iran is desperately employing foreign networks to apply pressure. We saw this on September 24 and 25 in London, when there were protests and counter protests outside the Islamic Centre of England. Though this is a charity, it is an outpost of the IRGC and one of its directors is the personal representative of Ayatollah Khamenei in the UK,“ she said.

“Tehran seeks to frame the narrative as one of the West versus Islam, and seeks to set Shia muslims in Britain against the state.”

Iran expert Dr Allan Hassaniyan of Exeter University said: “I’m sure that speculation as to the regime’s stability is forming part of the calculus now in terms of the nuclear deal.”

“This uprising is absolutely different. The 1979 revolution did not have as much physical confrontation as we are seeing now

“And unlike in the past, people aren’t challenging just Raisi but the Supreme Leader himself – the one person with whom there can be no compromise. They are calling for regime change.

“The advent of women throwing away their headscarves has really shaken the regime. Security forces in provincial cities are either leaving altogether or relocating their families to secure military bases.”

However, he said it was too early to predict the collapse of the regime.

“What crushed the Shah in 1979 was bazzaris (shopkeepers) closing their stalls and coming into the streets,“ he said.

“Decisive sections like bazzaris (shop keepers), workers of Iran’s major industries like the oil industry, and state employees have not yet joined these protests in large numbers.”