Putin waits for Erdogan to arrive ahead of Tehran talks

Putin shifted his weight from left to right, fidgeted and pulled a series of faces that entertained members of the press for nearly a minute before he was finally greeted by his Turkish counterpart in Tehran, Iran, on Tuesday.

Body language experts Darren Stenton said Putin showed “a combination of impatience, anger and frustration” that is likely linked to a sense of “insecurity”.

He told Express.co.uk: “He’s not a man that is used to being kept waiting.

“It makes him look weak.”

Waiting is certainly unfamiliar terrain for the Russian President, and “to be left stood in front of the world press for the best part of a minute” must have “seemed an eternity” to him.

Putin “always likes to be seen as a very powerful, important man”, and has developed a reputation for being the one arriving second in his meetings with international leaders – sometimes hours after talks were due to start. 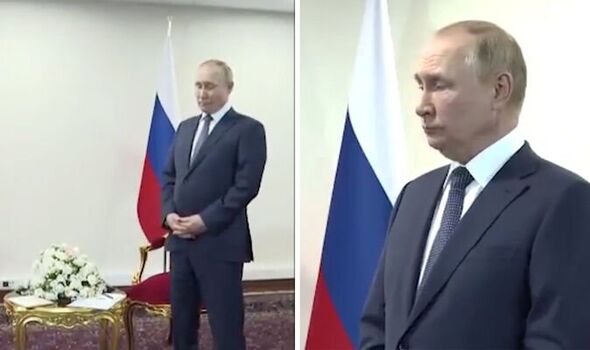 In 2018, then-US President Donald Trump was kept waiting for 45 minutes ahead of a scheduled summit in Helsinki with Putin.

The dictator showed up an hour late to his meeting with Pope Francis in the Vatican in June 2015 and reportedly left former German Chancellor Angela Merkel waiting for four hours and 15 minutes for a meeting in 2014.

He was even late for the Queen, who waited for him for 14 minutes in 2003, and a year earlier, parents of children killed in a plane crash stood at a cemetery for two hours before Putin finally arrived.

According to Mr Stenton, the president might have been “contemplating whether this was a strategy on behalf of the other man; whether it was intentional from Erdogan to leave Putin alone for a minute”. 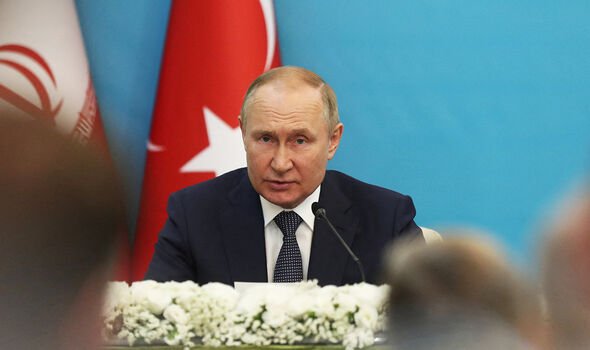 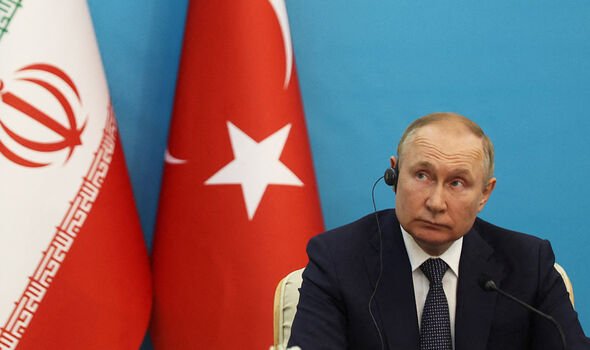 These suspicions, the body language expert said, could be linked to Putin’s “insecurity in the context of not being able to trust anyone” and thus choosing to “keep his enemies close”.

He continued: “I have analysed Putin for many many years.

“His body language is generally very clear and he has a number of tells and gestures which he normally uses to denote power.

“I believe he has a big fear of treachery.”

Besides body language, Mr Stenton explained, one of the things he looks for is micro-expressions.

He said: “Regardless of culture or geographical location, there are basically seven universal expressions of emotion that someone can display.” 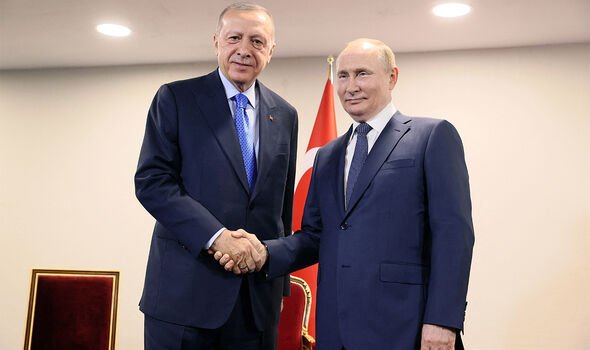 These are happiness, sadness, fear, surprise, anger, disgust and contempt.

It is around halfway through the footage Mr Stenton identified some “leakage”, which he said essentially reflects the president’s struggle to reflect what he wishes the world to see in him.

He said: “With Putin, it’s very often also about propaganda.

“He likes to portray the image that he is some sort of action man but probably, the best truth is he is not.”

Mr Stenton added: “It’s all about bravado with Putin.

“He operates on the basis of fear, intimidation and threats.”

Social media users speculated Tuesday’s 50-second-long scene may have been a resentful payback for a 2020 meeting in Moscow that saw Erdogan wait so long to enter the meeting room that he ended up taking a seat.

But Mr Stenton said that “overall” there were no “gestures which denoted that he [Putin] had an ongoing problem with Ergodon”.

The talks were Putin’s first with a NATO alliance leader since Russia launched its full-scale war on Ukraine in late February.

According to the Kremlin, the two leaders discussed the export of Ukrainian and Russian grain as well as food security, but no further details were provided.

They also met with Iranian President Ebrahim Raisi, with whom they addressed the Syrian conflict.

Putin said the three-way summit had been “truly useful and rather substantial”, praising the atmosphere as “businesslike and constructive”.