Officials had feared the storm would cause destruction in the financial hub, further compounding the coronavirus crisis. 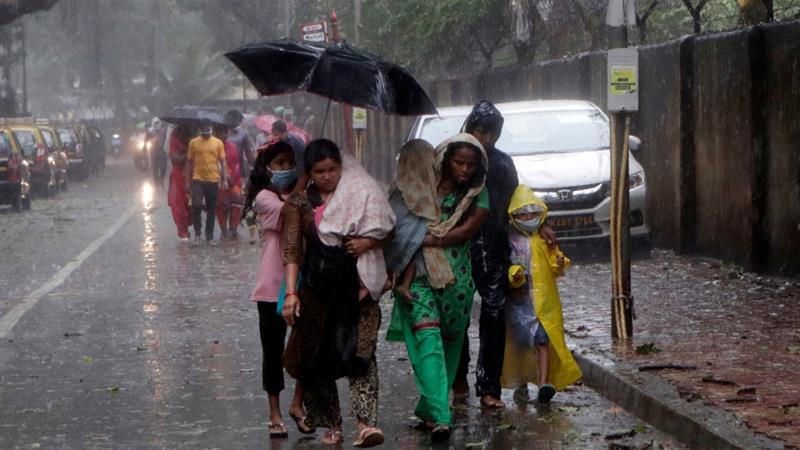 India’s financial capital, Mumbai, has largely escaped a cyclone that barrelled through the country’s western coast, despite early forecasts indicating possible destruction in the dense city of 18 million.

Cyclone Nisarga was initially forecast to be the first storm of its kind to batter Mumbai since 1948, prompting citizens to stay off the streets and secure their homes against gale-force winds and torrential rain.

Fears were compounded by the cyclone’s potential to wreak havoc on a city already hard hit by the coronavirus pandemic.

The state of Maharashtra, where Mumbai is located, accounts for more than third of the country’s 200,000 cases. To date, more than 6,000 people have died across the country from COVID-19, the disease caused by the new coronavirus.

“It landed a little [further] south than what we predicted. But Mumbai may experience bad weather until tomorrow,” Madhavan Rajeevan, secretary at the Ministry of Earth Sciences, told Reuters news agency on Wednesday.

Severe Cyclonic Storm ‘NISARGA’ over coastal Maharashtra weakened into a Cyclonic Storm over interior Maharashtra, near latitude 19.0°N and longitude 73.7°E, 90 km east of Mumbai (Maharashtra). To move northeastwards and weaken into a Deep Depression during next 03 hours. pic.twitter.com/BObXcojpvu

The cyclone barrelled into the western coast, about 100 kilometres (62 miles) south of Mumbai, with winds gusting up to 120 kph (75 mph), the India Meteorological Department said. After landfall near Alibagh, the cyclone headed in a northeasterly direction, it added.

Two people, a 58-year-old man and a 10-year-old boy, were killed after an electric pole and a tree collapsed on them in Raigad district, state disaster management chief Kishor Nimbalkar told DPA news agency.

Fourteen people were injured in similar accidents in Ratnagiri and the Sindhudurg districts, also on the coast, he added.

No deaths or major damages were reported in Mumbai by late Wednesday, although high winds whipped skyscrapers and ripped apart shanties near the beach.

Strong crosswinds forced Mumbai airport to suspend flights between 2:30pm and 8pm (09:00 to 13:30 GMT), after an arriving cargo plane overran the runway, while India’s largest container port, Jawaharlal Nehru Port Trust, on Mumbai’s outskirts, was forced to close for 24 hours.

About 10,000 city residents were evacuated before the storm and another 100,000 people were moved from low-lying areas in Maharashtra and neighbouring Gujarat state, officials said. 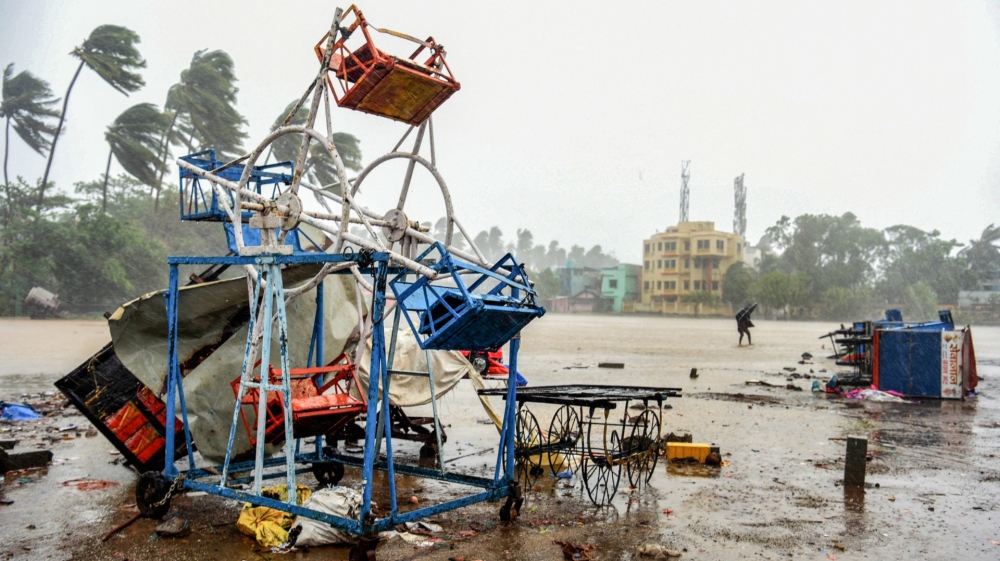 With powerful storms rarely coming from the Arabian Sea, there were no pre-existing cyclone shelters in Mumbai, and many of the city’s large and sturdy buildings had already been converted into coronavirus isolation or treatment facilities, National Disaster Response Force spokesman Krishan Kumar told The Associated Press.

“We moved people to other strong buildings where there is a supply of water,” he said.

The cyclone moved away from the city across Maharashtra state with its wind speed slowing to 85 kph (52 mph) on Wednesday night.