The pair began their journey on SpaceX’s the Crew Dragon capsule on top of the Falcon 9 rocket from Cape Canaveral in Florida on Saturday evening. Although the space station orbits at around 220 miles above the planet, it took almost a day for the Dragon to rendezvous with the moving laboratory. The spacecraft had to perform a series of manoeuvres to raise its obit to come close enough to dock at the space station.

The Dragon docked autonomously to a port on the bow section of the station’s Harmony module, 16 minutes ahead of schedule.

Mr Hurley congratulated the teams at Nasa and SpaceX said: “It’s been a real honour to be just a small part of this nine-year endeavour since the last time a United States spaceship has docked with the International Space Station.”

Once the Dragon is sealed in place and pressure checks are completed, the hatch door will open and Mr Hurley and Mr Behnken will join the three other space station residents, Nasa’s Chris Cassidy and Russia’s Anatoli Ivanishin and Ivan Vagner, to become members of the Expedition 63 crew.

Shortly after the bell rang on the space station to mark the arrival of the Crew Dragon capsule, Mr Cassidy said: “Dragon arriving. 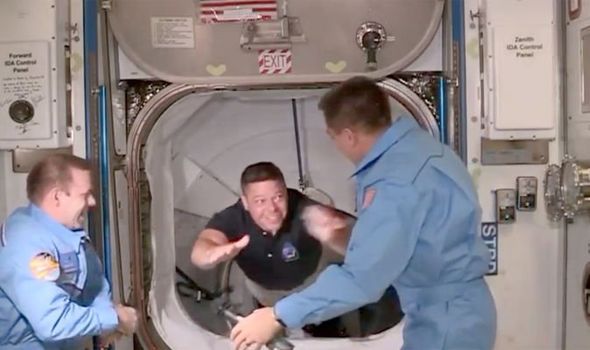 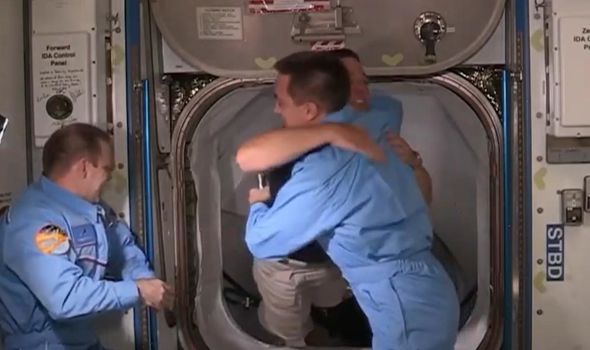 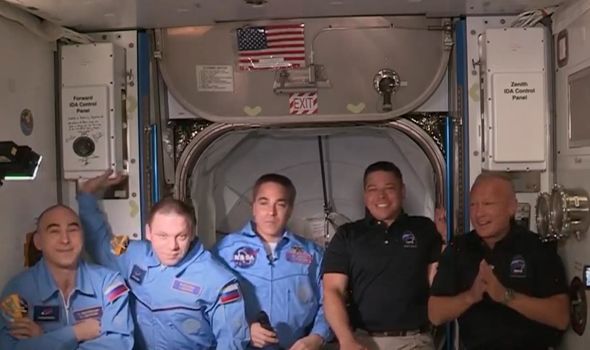 “The crew of Expedition 63 is honoured to welcome the Dragon and the Commercial Crew Programme.”

He added: “Bob and Doug, glad to have you as part of the crew.”

The mission, named Demo-2, marks the first time Nasa has launched astronauts from US soil in nine years.

SpaceX also made history by becoming the first private company to send humans into orbit.