In some areas of the UK, temperatures will near 30C as Friday wears on, spiking higher than the likes of the Canary Islands. The Spanish holiday hotspots are expected to reach 27C on Friday and Saturday, with the Spanish resort city of Marbella predicted to peak at 25C.

Across the UK, the highest temperatures are expected in the south and southeast, with the southwest and the Midlands likely to experience temperatures in the mid-20s.

Across Wales, the picture will be slightly cooler, dipping to around 24C, and heading north, temperatures will not reach much further than the high teens.

This comes as forecasters predict sweltering temperatures of up to between 32 and 35C next week.

The UK Health Security Agency raised its alert level for parts of the east and southeast of England from Monday until Friday, July 15. 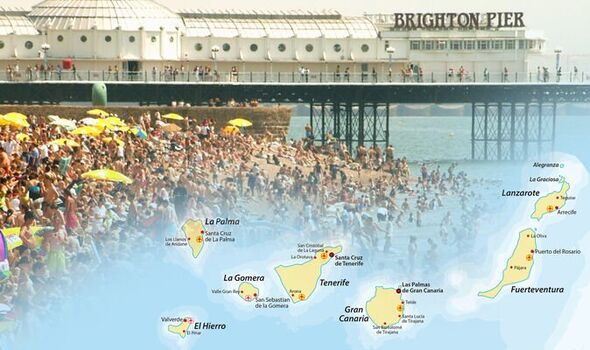 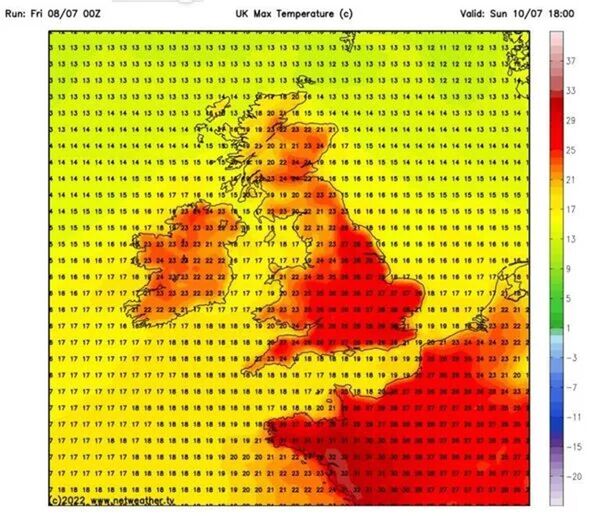 They advise Britons to make sure medicines in their homes are correctly stored, to ensure people stay in the shade and cover windows where possible that receive direct sunlight.

Dr Agostinho Sousa of the UKHSA added: “We want everyone to enjoy the hot weather when it arrives, but also to check in on their vulnerable family, friends and neighbours.”

The Met Office declares a heatwave when three consecutive days record maximum temperatures of at least the temperature known as the “threshold” temperature.

A spokesperson told the i newspaper: “There is a good deal of dry, fine and bright weather over the next week. 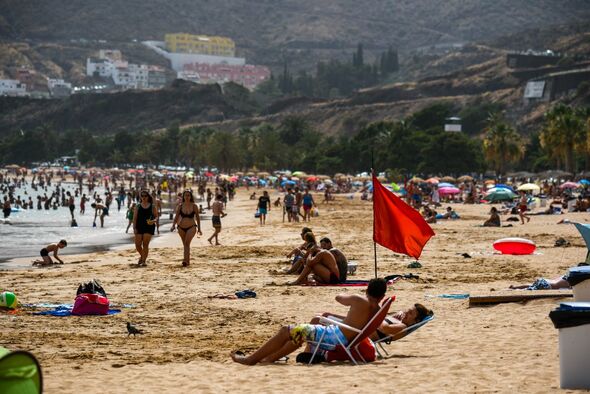 “High pressure is coming in from the south west over a large portion of the UK.

“Today we are looking at a high of 29°C in parts of the South East and high 20s in England and Wales but some drizzle in Western Scotland.

“On Monday, we could see up to 32°C in parts of England and eastern Wales with high 20s elsewhere.

“Most locations are likely to hit heatwave criteria over the weekend.” 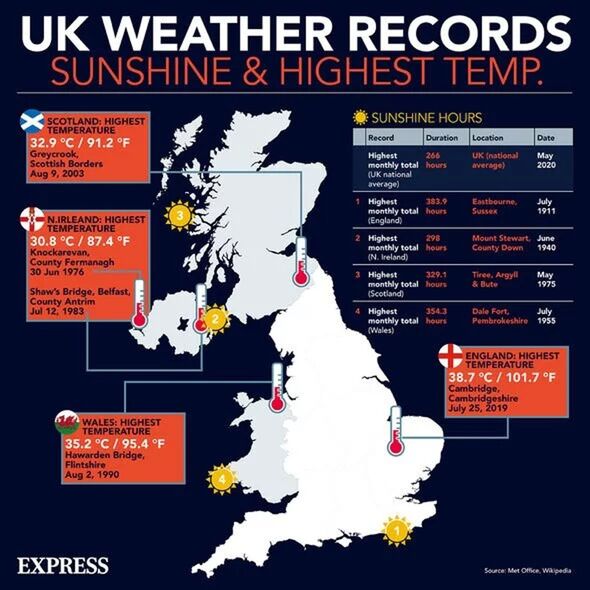 The Met Office, alongside its Level 3 alert, added: The Met Office said alongside this alert: “There is increased confidence that temperatures will rise through the weekend, becoming widely hot, locally very hot from Monday next week.

“The highest confidence is for southeastern and eastern areas where temperatures are expected to reach the low 30s.

“Temperatures are likely to stay close to threshold through Wednesday, especially in southern areas.

“There is then uncertainty in maximum temperatures for later in the week and over the following weekend.

“There is the potential for a brief dip in temperatures on Thursday and early Friday, although still feeling very warm, which may result in alert levels being reduced.

“This will be followed by a return to hot or very hot temperatures from late Friday 15th and into the following week.

“This alert will be kept under review as confidence in the forecast increases.”