The continent has been contending with intense heat waves throughout the summer, with several countries recording a surge in environmental destruction and excess deaths. In the same week the UK recorded a temperature of over 40C for the first time, Spanish and Portuguese authorities recorded 1,700 deaths attributed to the heatwave of mid-to-late July.

The World Health Organisation said young children and the elderly were most at risk, adding that “over the past decades, hundreds of thousands of people have died as a result of extreme heat during extended heatwaves, often with simultaneous wildfires”.

The southern Spanish city of Seville even took on the convention typically only used for storms by naming the heatwave, “Zoe”.

But the rest of August is likely to bring “extreme heat” and “wildfires” back to the European forecast, new predictions warn.

Weather forecasting platform Netweather said the end of the month is likely to then fall into “storms with flash flooding”. 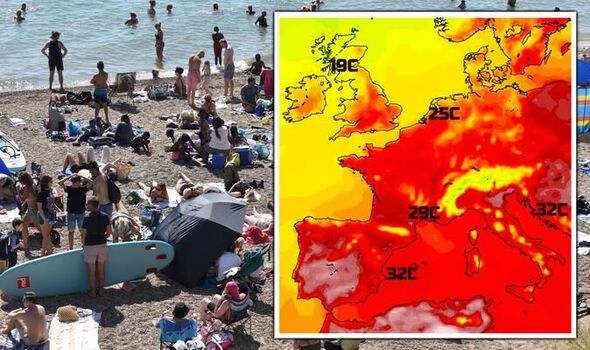 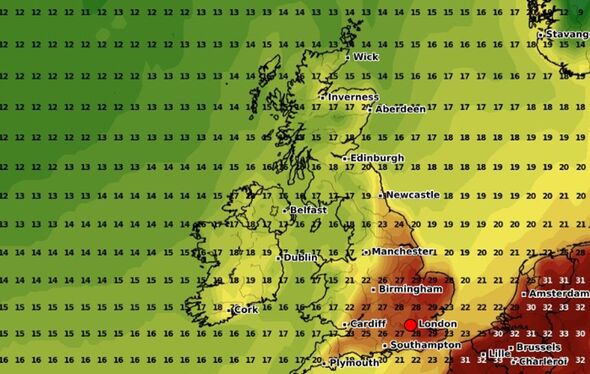 Before the breakdown into stormy, unsettled conditions, however, there will be a spike in temperatures that could reach up to the south of England.

“In any cloud breaks, the sunshine will send the temperatures up to 30C with Paris up into the 30sC midweek in that same muggy air but then 27C at the weekend with sunshine.”

The Spanish meteorological service, AEMET, has issued a number of high temperature alerts. 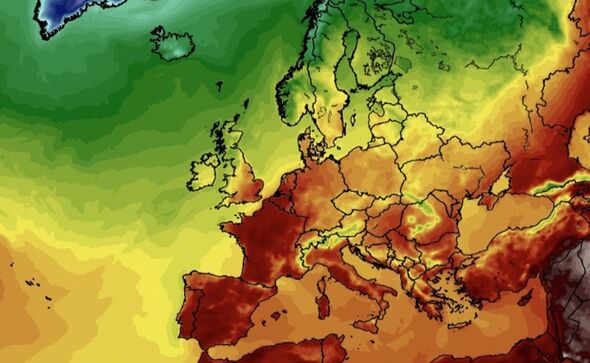 In the west of the country, temperatures are predicted to reach 38C this week.

Temperatures will be significantly lower in the UK, with highs of 29C on Wednesday.

By the afternoon, the southeast of England will see the highest of the temperatures, with London, Kent and Essex hovering at 29C.

Similar figures are forecast for Norfolk and Suffolk, dropping a degree or two in the south west of England. 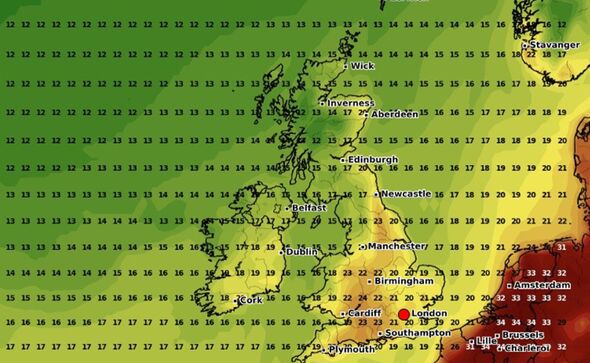 Temperatures will range between 20C and 25C, cooling off towards Devon and Cornwall.

Heading north, temperatures will stay above 26C across the Midlands, falling to the high teens across Wales, particularly low on the west coast.

The west coast of England will also see cooler temperatures than the east, with mid-teens expected across Merseyside, compared to low twenties in the areas surrounding York.

Scotland and Northern Ireland will broadly see temperatures sticking to the mid-teens, with the highest thought to be around Edinburgh.

On Thursday, temperatures will take a dive across the UK, with the highest expected in the south west.

Temperatures will peak around Bristol at 24C, with figures for the southeast struggling to exceed 20C or 21C.