Thousands of dogs will be murdered and eaten over 10 days at the annual Yulin Dog Meat Festival in Guangxi. The festival goes on despite outcries from campaigners who say it is cruelty to animals and a public health risk. The Yulin festival first launched in 2010 where as many as 15,000 dogs were killed. Chinese and international pressure has seen this figure reduce to around 3,000 dogs. However, it is estimated that around 10 to 20 million dogs are slaughtered in China every year.

The Chinese tradition of eating dog meat dates back around 500 years and is believed to ward off the heat of the summer.

It comes as the world continues to struggle with the spread of Covid which is thought to have started in a wet market selling animals in Wuhan more than 18-months-ago.

Local activists insist that the vehicles of ill-treated and stolen dogs are arriving in the region.

Local activist Xiong Hu said: “Stopping incoming dog trucks should have been a top priority for the Guangxi officials on account of disease risks and animal cruelty. 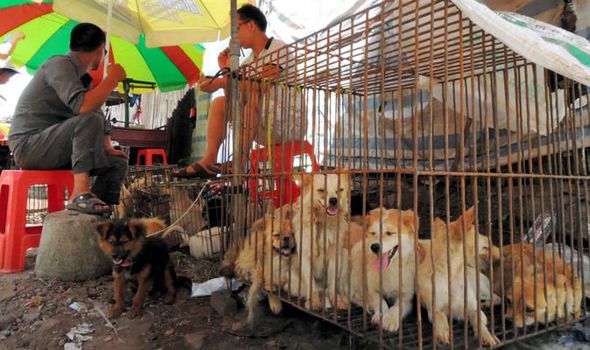 “Truck after truck of sick and dying dogs have been coming to Yulin for the past few weeks, and the local authorities just do nothing to stop it.

“After everything China has been through with Covid, you would think national and regional governments would crack down hard on the unnecessary, illegal and filthy dog meat trade to stop public health risks.”

Last weekend, activists intercepted a dog truck packed with 68 dogs heading for Yulin’s slaughterhouses. In the absence of highway checkpoints, the activists took matters into their own hands and stopped the truck themselves.

Many of the dogs were in poor physical health after travelling a long way with no food or water. They were crammed in so tightly that they were found panting and traumatised. 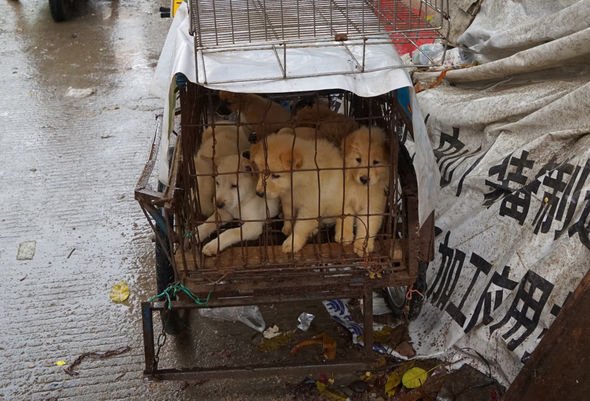 Activist Liang Jia said: “When the truck arrived we flagged it down and convinced the truck driver to hand over the dogs because they were clearly stolen pets for whom he didn’t have the legally required paperwork.

“The dogs offered us their paw just like a pet at home, and they had healthy teeth which means someone was looking after them before they were stolen.

“The Yulin authorities have a responsibility to protect public health, even if they don’t also care about the animals like we do. These poor dogs look sick, and thankfully now they will receive veterinary care, but who knows what diseases they could carry that would end up in the food market.”

Chinese animal rights groups have sent a petition calling for an end to the dog meat trade to China’s minister of public health, minister of agriculture, the Mayor of Yulin and the party secretary of Guangxi, Mirror reports.