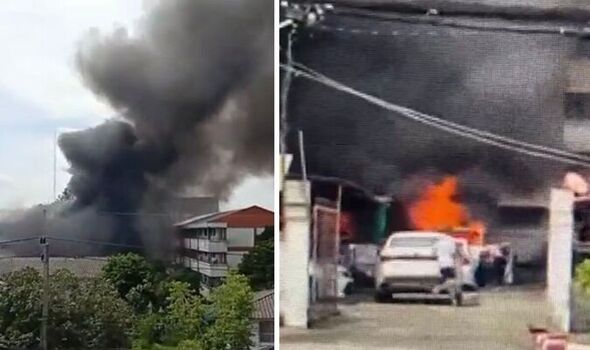 A car bomb has exploded outside a school in Thailand close to a police station. The blast occurred opposite Narasikkhalai School, Muang District, Narathiwat Province.

A Twitter user going by the handle of @jarin123s posted: “November 22, 2022 at 12:45 p.m. There was an explosion at the police flat. “Opposite Narasikkhalai School, Muang District, Narathiwat Province/Preliminary inspection was a car bomb. The damage is still unknown.”

Details of the incident are still emerging, but southern Thailand has been the location of ongoing unrest involving Islamist groups for almost two decades.

In September, a policeman was killed, and four others were injured when a roadside bomb detonated as their vehicles passed near a hospital in Pattani province, also in the south of the country.

On that occasion, a police motorcycle and a patrol truck had been travelling together when both were hit by the blast in front of a hospital in Mai Kaen town, according to police captain Wasuwat Kongtuk.