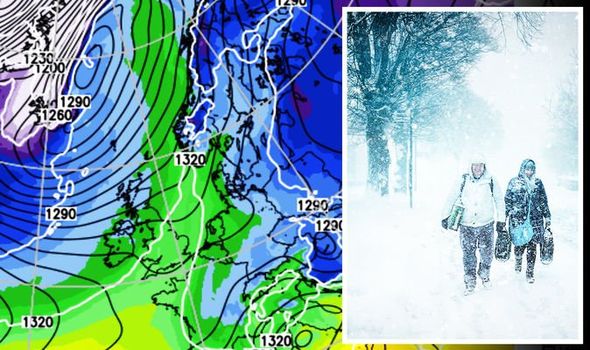 Sub-zero temperatures and ‘major snow events’ driven by a triple-whammy of winter weather drivers have sparked warnings of cold weather stretching through the new year heralding a ‘little ice age’. Deep low-pressure systems forming around Greenland and Iceland during the start of December will pull polar air into Britain as temperatures plunge widely to freezing and below in the run up to mid-month. 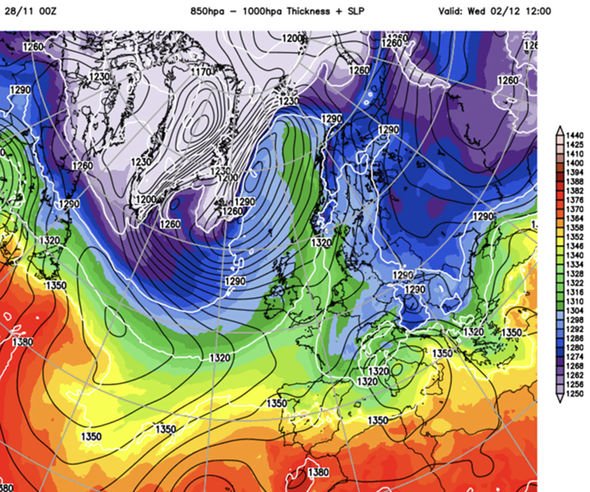 Bitter winds will crash into an icy blast from the Continent which forecasters say could start edging northwards towards the UK as soon as next week sending temperatures plunging to -11C in parts by the weekend.

It comes as a dip in solar activity threatens to skew the air-flow balance across the northern hemisphere leaving the UK open to a torrent of Arctic winds, experts warn.

This winter could rival the chillers of 2010/11 and 2018’s notorious Beast from the East mega-freeze which left the nation under feet of snow through the start of the year, according to some long-range forecasts.

Exacta Weather’s James Madden said: “December could rival 2010 in terms of cold and snow, with winter shaping up to be one of the harshest of the decade.

“Major snow events are likely to be problematic in parts of Britain as the jet stream shifts southwards allowing cold air to spill in from the north.

“December is expected to bring periods of cold weather, again largely driven by a southwards movement of the jet stream.”

Arctic conditions which threaten to grip the nation from mid-December will be driven in part by a drop in solar activity altering air movement patterns between Northern Europe and the North Pole.

He said: “There are currently no sunspots on the surface of the sun signalling a period of very low solar activity.

“This has an important bearing on oscillation patterns which affect the weather, the North Atlantic Oscillation (NAO) and the Arctic Oscillation (AO), which with a more southerly jet stream will allow cold air to spill across the UK.” 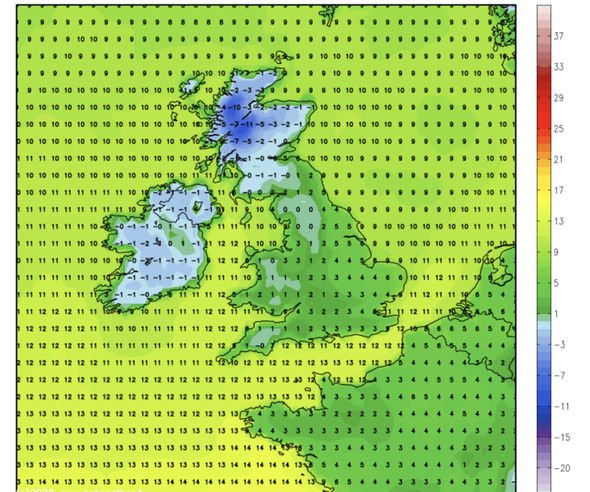 Britons face Christmas and New Year under snow cover with severe cold set to hold out into 2021, he warned.

“The effect of low solar activity could see cold and snow hold out through December and January 2021,” he added.

“It alters the behaviour of the jet stream shifting it to a more southerly route allowing colder air to spill in across our shores from the Arctic regions.

“Major snow events within this period will see some crippling amounts of snow falling in urban and non-urban areas. This is how little ice age patterns attack.”

The cold will follow a brief milder interlude after the weekend when temperatures are forecast to nudge into double figures.

Cyclonic weather systems will move across the UK bringing unsettled conditions, according to the Met Office.

Spokeswoman Nicola Maxey said: “Towards the middle of next week temperatures will move back into double figures and closer to where we would expect for the time of year.

“With a westerly flow we expect a more unsettled regime, as we go through to the end of next week.

“Further ahead, from mid to late-December, we are looking at unsettled conditions continuing but it will turn gradually colder and there will be showers which could be wintery over high ground but also to lower levels.”

A spokesman for The Weather Company (IBM), said the weather will turn colder towards the end of next week after an unsettled start.

She added: “It will turn much more unsettled and cooler as a fairly deep low moves across the UK on Thursday and Friday bringing rain and wind, the strongest winds are likely around western and southern areas and also through the North Sea.

“It remains fairly unsettled into the weekend as low pressure remains nearby.” 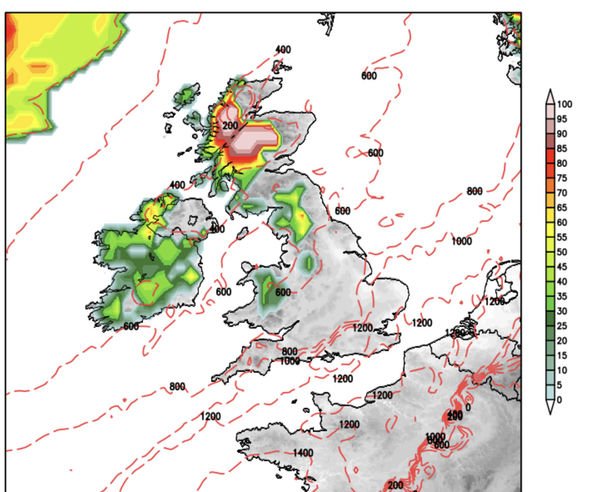 He said: “We’ll be simultaneously looking both to the Continent and to the Arctic – two sources of cold air.

“These airmasses will be converging on us. But, sandwiched between them, a slice of milder air beneath high pressure will give many a quiet and benign start to the week. It doesn’t look like staying that way.

“With the jet stream deflected well to our south, I expect a chilly week of weather [from December 7] beneath a trough of Arctic air. Northerly winds will dominate.

“This will bring the chance of further wintry showers, especially to the north of the UK, with overnight frosts.”

Bitter winds will make it feel close to -7C in Scotland at the start of next week while the rest of the country shivers in low single figures.