Shelley’s epic was penned over 200 years ago. The story tells of a creation gone wrong; Victor Frankenstein’s “monster”. As the monster is banished and wanders aimlessly across the barren landscape, Frankenstein is chastised time and again for his tinkering in the science of creation.

This wasn’t just because of the horrific story; many couldn’t believe that a woman had written a behemoth novel, such were the times.

The story behind the novel is even greater: Shelley was on holiday in Geneva with her husband, Percy Shelley and friend Lord Byron, as well as Byron’s physician, John Polidori. 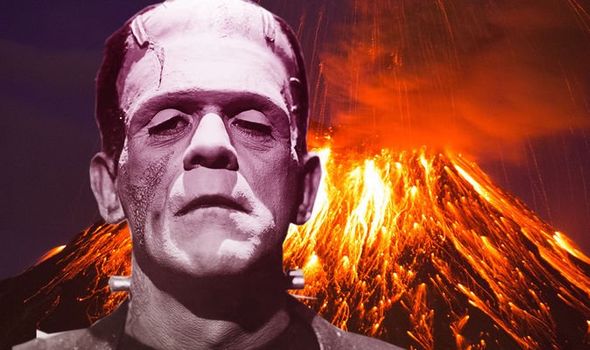 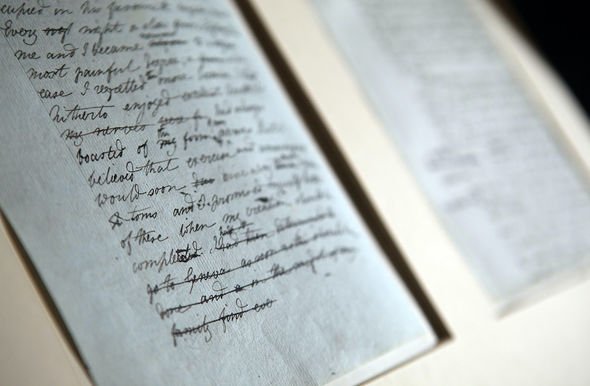 Making their own entertainment, they passed the time telling and writing ghost stories.

It was from these stories that Frankenstein emerged.

The weather that forced them to stay inside, many have argued, may be more significant to the story than what was previously believed.

One such argument was made in a recent BBC Science Focus magazine report.

JUST IN: The Last Kingdom explained: Is Sigtryggr based on a real person? 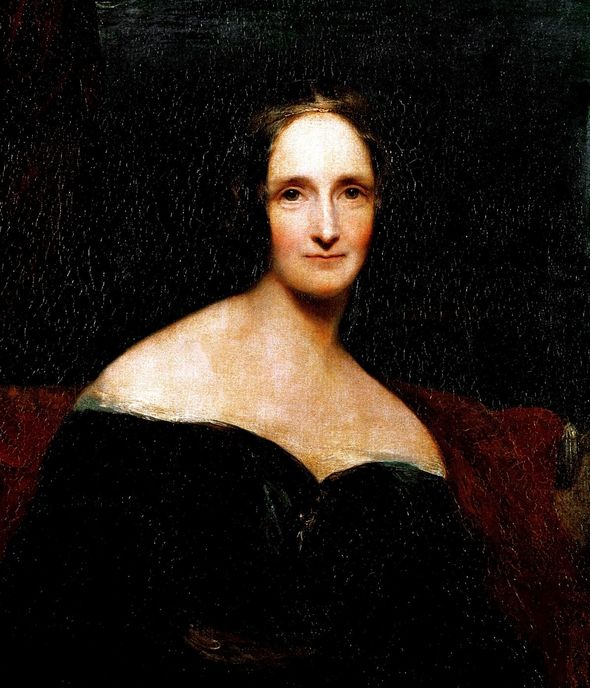 It was here that the publication told of how a fierce volcano had erupted in 1815.

Mount Tambora in Indonesia, was the most powerful volcanic eruption in human history.

It ejected around 150 cubic kilometres of ash and debris. 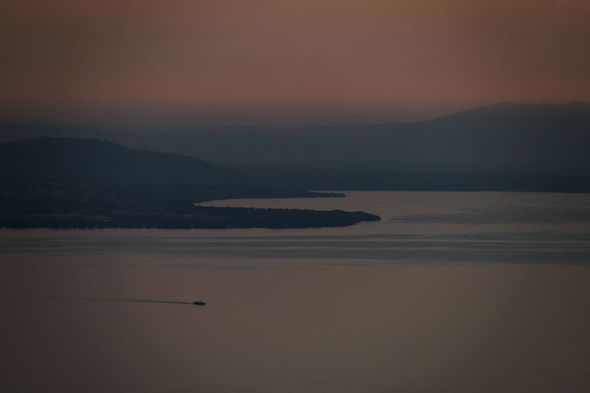 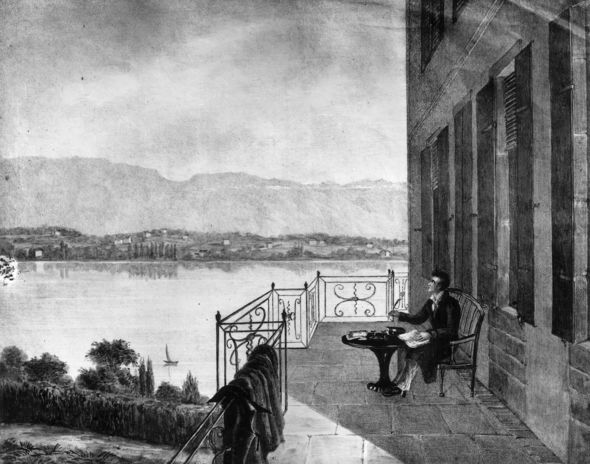 In Europe and the US, the following year became known as the “year without a summer” because of the cold, wet conditions.

Thus, the magazine makes a link between the extreme weather and the story’s creation; for if the summer had not been so bad, the group would have enjoyed the outdoors and perhaps not conjured up the stories.

Of course, this is just a theory: there is no way of knowing for sure whether or not Shelley would have created Frankenstein based on being indoors.

It has, however, been debated in both an academic sense and as a means of explaining the story’s roots. 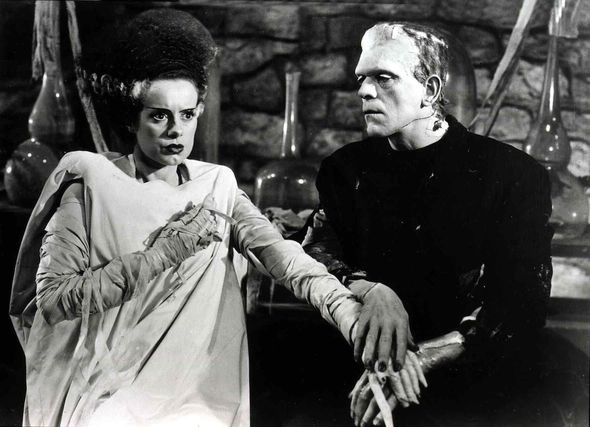 In a 2015 History piece, Erin Blakemore set out how the volcano set the scene for Frankenstein’s devastation and bleakness, arguing that the widespread havoc caused by the volcano made for the perfect conditions in which to pen a horror novel.

Others, however, are less keen to make the link.

Alan Marshall, lecturer in Environmental Social Sciences at Mahidol University, earlier this year doubted that the eruption was the cause of the colder, rainier, and icier weather.

He said that blaming Tambora for “all the bad weather” of 1816 in Europe is “too far-fetched”. 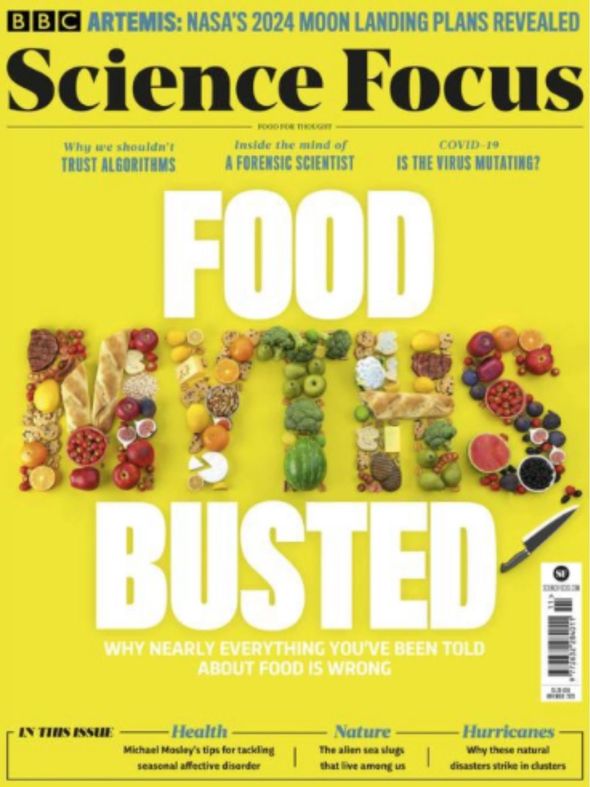 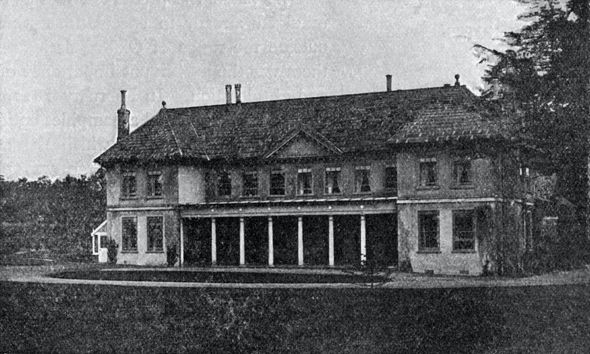 A likelier inspiration, he argued, might be found in the Napoleonic Wars that were ravaging much of Western Europe at the time.

He said that although the bad weather might have kept Shelley and the others indoors, it is likely that if the weather had been nice, Shelley would have written something similar in time given the prevailing conditions of the world.

And, of course, Shelley at this time was plagued with great sorrow in her personal life.

She had been ostracised by her family, was in constant debt, and her daughter had recently died after being born prematurely.

These are all things critics have considered; points which will likely be debated for years to come.

You can read this month’s issue of BBC Science Focus by subscribing here.