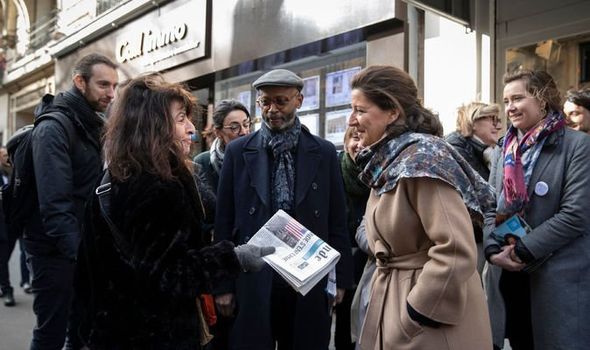 More than a quarter of French voters are expected to shun Sunday’s crunch municipal elections for fear of catching the novel coronavirus, a poll published on Monday found. The survey, conducted by Ifop for healthcare website Charles.co, showed that 28 percent of voters were considering shunning the polls amid the fast spread of the deadly infection.

This represents between six and eight million people out of the country’s 44 million registered voters.

The coronavirus epidemic – which has so killed 48 and infected 2,281 in France – looms large over the two-round vote.

But, the government has repeatedly ruled out postponing the election, brushing off fears that contamination could prove a big turn-off for polling station volunteers and voters alike.

French Interior Minister Christophe Castaner insisted earlier this week that “voting is safe” in a bid to persuade people to head to the polls, adding that the March 15-22 vote would be held “in the best sanitary conditions”.

“The government, with the support of mayors and polling booth chairpersons, has taken strict protective measures (to ensure a safe voting environment). I repeat: voting is safe,” M Castaner said in a statement, as he laid out the measures taken to limit the virus’ spread.

Voters are urged to “regularly wash their hands with soap” and “bring their own blue or black ink pens” to the polling station, he said.

M Castaner added that hand sanitiser would be available at all voting booths and that polling stations would be “thoroughly cleaned before and after each round of voting” with “bleach-based products”.

Low voter turnout would be a sharp rebuke to President Emmanuel Macron’s ruling La République en Marche (LREM) party – created from scratch before his 2017 election – which desperately needs to do well in this election to strengthen its local power bases.

But the signs for LREM are inauspicious, with its candidates struggling in key cities such as Paris, Marseille and Lyon.

In a sign of its difficulty in recruiting candidates, LREM has presented lists in just one out of four towns with 10,000 or more inhabitants – a far cry from 2017 when dissident politicians from the left and right scrambled to join the president’s centrist camp.

Taking over the Paris city hall would be a symbolic victory that would help polish M Macron’s image and boost his chances at re-election in 2022, but a sex scandal involving his top candidate – former government spokesman Benjamin Griveaux – has made this scenario highly unlikely.