In addition an active flood warning and multiple flood alerts have been issued by the Environment Agency. The flood warning was issued for the River Stort at Clavering and Manuden, situated north of London, in the early hours of this morning, with residents “strongly urged” to take immediate action.

The Environment Agency said: “Heavy rain has been falling in the Stort catchment and further showers may follow on Sunday. This is causing River Stort to rise quickly.

“Properties and low lying areas around Clavering may start to flood first from 02:30am on Sunday. River levels are not currently rising further but could do so later if we see more heavy rainfall.

“Flood waters may be deep and fast flowing in these areas. Residents are strongly urged to take action now.” 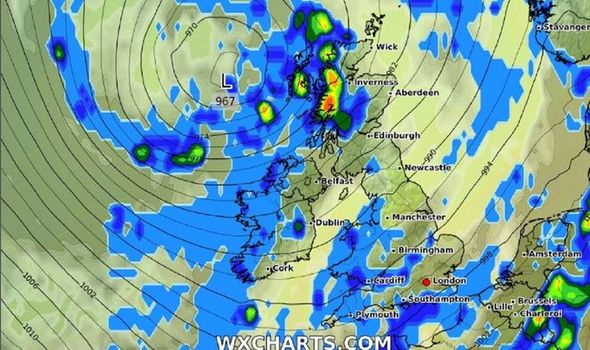 It follows a wet and windy Saturday as an area of low pressure drives wind and rain from the west which is then blowing north up the country.

The BBC has warned there could be wind gusts today with speeds up to 50 mph in the country’s most exposed areas in western Scotland.

Temperatures during Sunday afternoon will be between 10 and 14 degrees Celsius with northern areas of Scotland feeling the coolest. 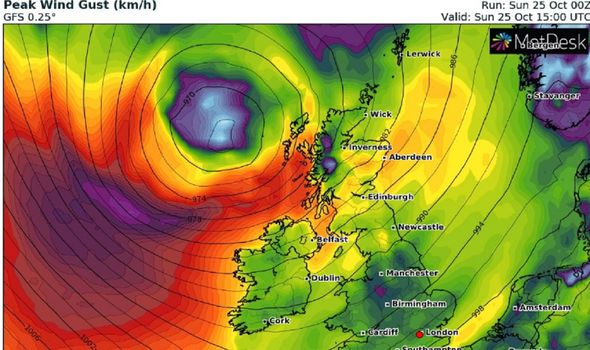 There will also be scattered showers across the whole of the country with sunny intervals possible in between.

For today, the Met Office said: “A mix of sunny intervals and showers, some of these heavy with possible hail or thunder almost anywhere but particularly in the west and south.

“Showers fewest in some eastern areas. Windy especially in the northwest. Less mild.” 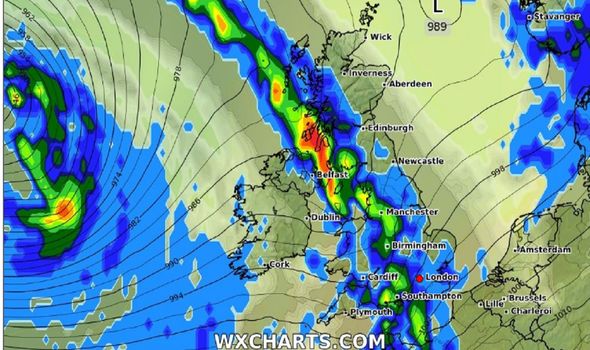 BBC meteorologist Ben Rich said: “Saturday brought some extremely wet and rather blustery weather for many parts of the UK.

“It was a particularly soggy end to the day in eastern and south-eastern parts of England.”

He warned today would not be “quite as wet” as yesterday was, but the blustery winds and heavy showers may continue in parts of the country. 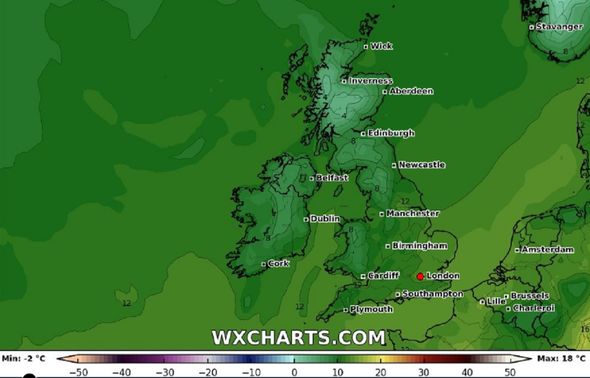 For next week, Britons should expect “a very unsettled autumnal week on the way,” Mr Rich added.

He said: “It stays rather cool and blustery as we head through Sunday and into the early hours of Monday.

“It does stay unsettled though, through the coming week; low pressure taking up residence to the north west.

“A deep low out in the Atlantic, so that will drive strong winds and showers across the UK, some longer spells of rain at times.

“It may well be that for the end of the week, this weather system brings some more persistent wet weather.”

The Met Office notes heavier rain may be pushing from the west on Tuesday.