Tennessee residents survey damage after deadly tornadoes ripped through the US state. 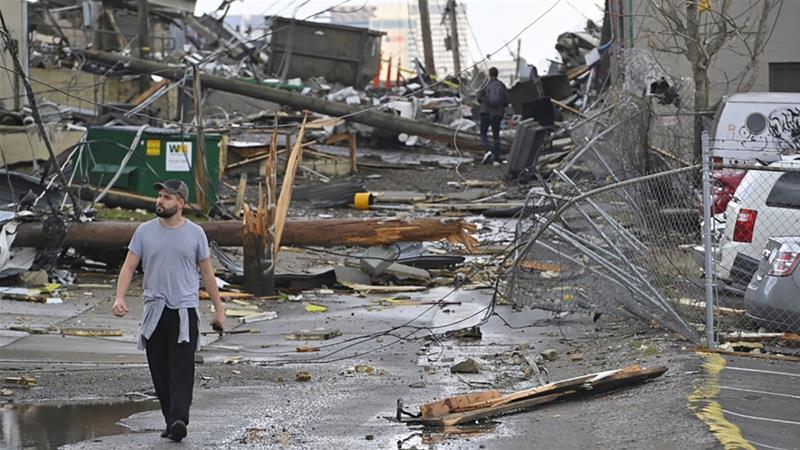 Tornadoes that hit the southern US city of Nashville and surrounding areas have left at least 25 dead and many more missing or homeless, Tennessee’s governor said on Tuesday.

At least 17 of those who died were from Cookeville, which is about 80 miles (129km) east of Nashville, Tennessee. The death toll included children, officials said.

In a news conference earlier on Tuesday, Nashville Mayor John Cooper opened by saying that “last night is a reminder of how fragile life is.”

Across social media, those who witnessed the tornado and its destruction posted videos and photos, relaying harrowing scenes and stories. Schools, courts, roads and the state legislature closed today, and some voters in the area participating in Super Tuesday’s primary were redirected to other polling stations after their original locations were damaged. Many voters said they were undeterred.

She said the impact did not last long – maybe 10 to 15 seconds – and then it “got really quiet”. Galbraith went to the window to survey the damage.

“That’s when I saw cars just flipped over in our parking lot,” she said.

When Galbraith stepped out of her apartment into the hallway, water was flooding in. Other people in the building told her it was because the roof had been ripped off.

In the end, Galbraith and the other building’s residents were evacuated due to concerns over the gas leaks and infrastructure and walked for a while, keeping their distance from other buildings. They have been told it is not yet safe to return.

Nationally, there has been an outpouring of support and prayers. President Donald Trump addressed those affected over both Twitter and during a speech before the National Association of Counties earlier this morning. He is expected to visit Tennessee later this week.

Along with politicians, many celebrities have also come out to show their love for Nashville, the nation’s epicentre for country music and one of the larger cities in the US.

Grammy-award winner Kacey Musgraves tweeted: “Me and my fam are safe but many friends aren’t so lucky… Nashville is so tight knit. I’m gonna help in any way I can.”

“It is heartbreaking to see some of the same neighbourhoods now going through this once more,” Tenorio told Al Jazeera.

Tenorio, who is the chief operations officer of Hands On Nashville, has been glad to see how other Tennesseans have shown up to help their neighbours. 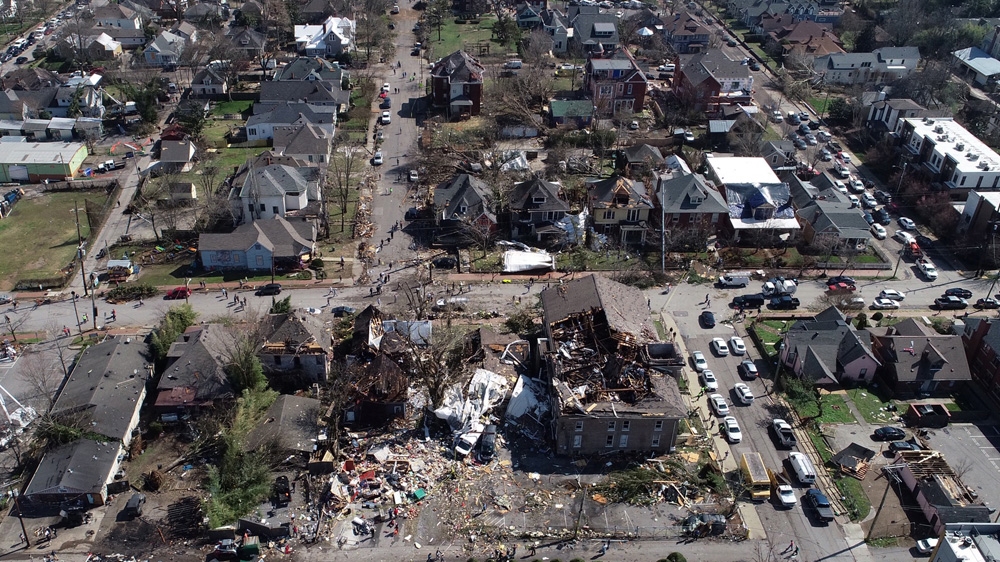 “It really shows that Nashville is as special of a place as we all feel it is on a day-to-day basis,” Tenorio said of the hundreds of people who stepped up almost immediately to donate goods and services. “It is really only the people of Nashville that are bringing sunshine into this day. It is a very localised disaster, but it is not a small disaster.”

It is also not the first time the state and surrounding region have been affected by tornadoes on Super Tuesday.

In 2008, more than 55 people were killed when tornadoes ripped through Tennessee and surrounding states. A number of polling stations were forced to close early as the severe weather approached the area.