Staff inside Europe’s biggest nuclear power plant have spoken out about the psychological torture taking place inside the facility. There are growing fears that the six reactors of the plant, which have seen intense fighting this week, could be caught in the crossfire of war in Ukraine. Russia is using the nuclear power plant as a base for its troops and heavy vehicles.

The International Atomic Energy Agency (IAEA), which is requesting to inspect the plant, has warned of a nuclear disaster unless the fighting stops.

In a rare interview, staff inside the plant spoke to the BBC’s James Waterhouse, revealing the extent of their psychological torture at the hands of the Russian troops.

One worker told the BBC: “The psychological situation is difficult, soldiers are walking everywhere with weapons and everyone is kept at gunpoint at all times.”

The workers also describe seeing colleagues kidnapped as well as their mounting concerns about a nuclear catastrophe.

JUST IN: Putin’s humiliation on show as Russian troop abandon tanks and flees 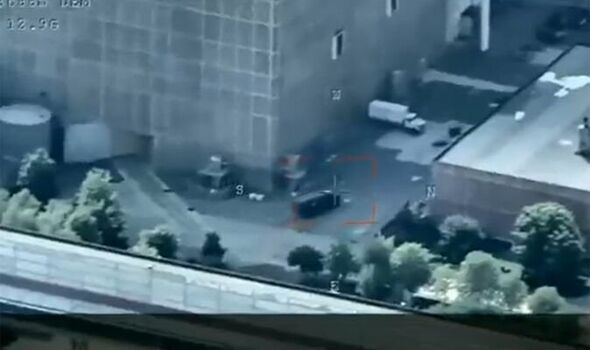 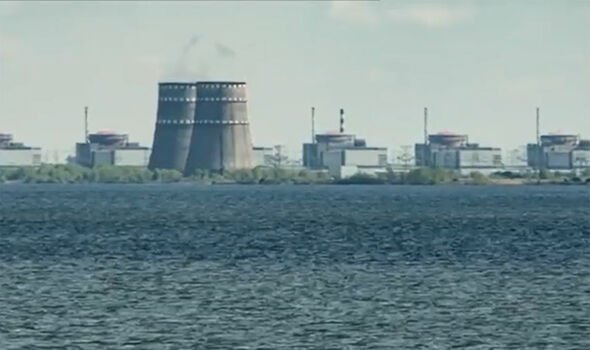 One member of staff said: “There was the shelling of the nitrogen-oxygen station which caused a fire. By some miracle, the people working there survived.”

The former head of Ukraine’s Nuclear inspectorate Hryhorii Plachkov raised concerns about the impact of the workers being held hostage.

He told the BBC: “The Russian military have been intimidating staff, kidnapping, and blackmailing.

“I’m concerned about the psychological state of the technicians, who already have a very difficult job.” 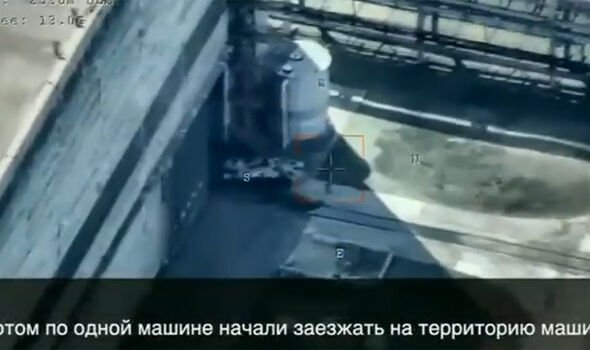 Shelling around the Zaporizhzhia plant has intensified in recent days while the two sides continue to blame each other.

Ukraine’s president Volodymyr Zelensky has said his forces will target Russian soldiers who shoot at the pivotal nuclear power station or use it as a base from which to launch attacks.

In an address on Saturday night, he said: “Every Russian soldier who either shoots at the plant or shoots using the plant as cover, must understand that he becomes a special target for our intelligence agents, for our special services, for our army.”

The G7 and UN have called on Russia to withdraw from the power plant or create a demilitarized zone – both of which Russia has rejected.

Hapless Russian defence tries and fails to stop major Ukraine strike [VIDEO]
Ukraine LIVE: Putin warns of ‘point of no return’ amid massive losses [LIVE BLOG]
The attack on Salman Rushdie is an attack on civilisation itself [COMMENT] 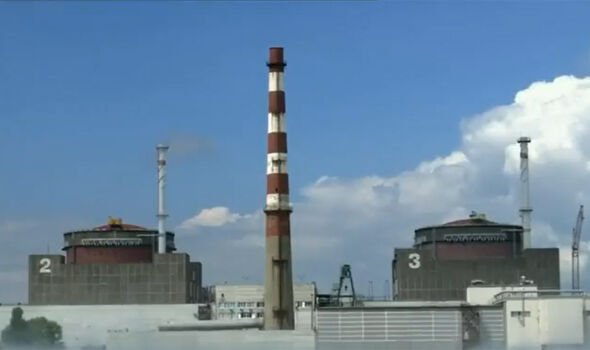 Moscow-installed officials in the area have blamed Ukraine for shelling the plant.

Pro-Russian official Vladimir Rogov wrote on Telegram yesterday that Energodar and the Zaporizhzhia nuclear plant “are again under fire by Zelenskiy’s militants”.

Strikes at the start of August forced one of the reactors to stop working while follow-up strikes on Thursday this week damaged a pumping station and radiation sensors.

Zaporizhzhia neighbours Kherson, which Kyiv is working to recapture after the region fell to Russia early in the war.