Iryna Terehovych is a wife, mother and Ukrainian soldier who fought against the Russians in the key city of Lysychansk in Luhansk. The close quarter fighting was fierce in the city, which was rocked by Russian artillery. She told Express.co.uk about her experience fighting in eastern Ukraine.

Ms Tereovych’s unit was close enough to Russian soldiers in some villages during the fighting that they were able to take prisoners.

She said: “We were in direct fights, the Russians were too close. They were so close that [we] were even capturing some of the enemy fighters.”

When asked how she felt during the fighting she said that “of course everyone’s afraid”.

Ms Terehovych added: “It’s just the job I need to do. Of course, everyone’s afraid – you need to control your fear to avoid falling into panic. Panic is bad, not only for a single person but for the group as well.” 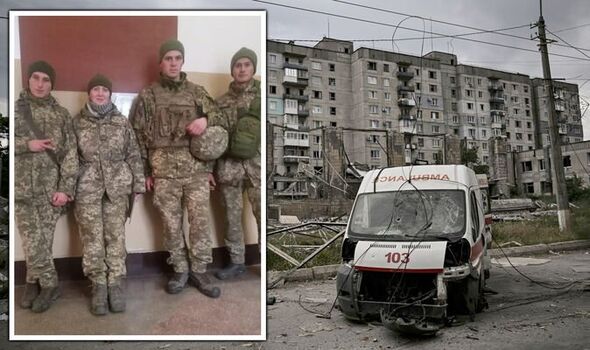 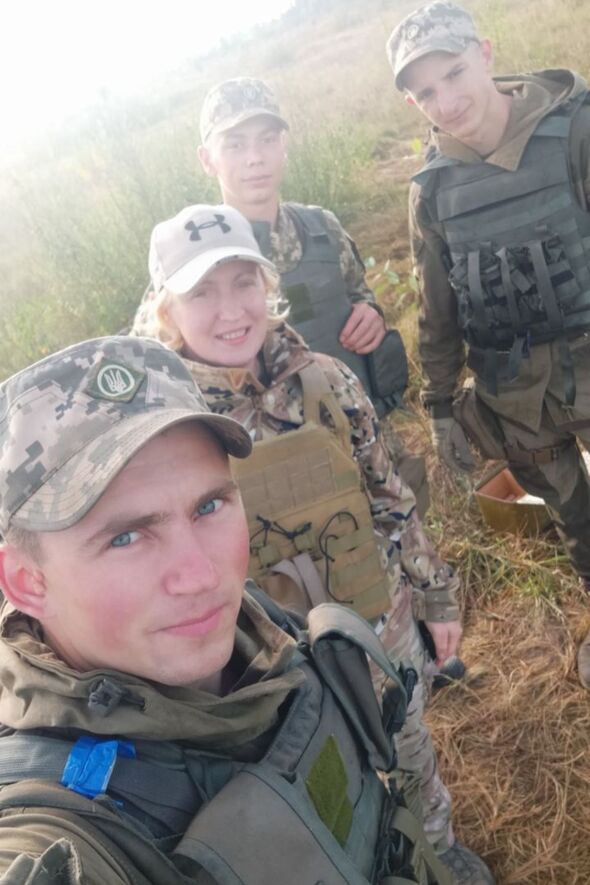 She claimed her unit was most afraid of “Russian aviation” because there was little they could do to stop the planes which struck several times a day.

She said: “It’s hard to bear, morally, but all of our guys are great. They are optimists. They joke a lot and [we] treat each other very well.”

The enemy shelled the unit with artillery regularly and Ms Terehovych claimed the Russian forces outnumbered theirs five to one.

Ms Terehovych and her unit were granted leave to visit their families. She has two adult daughters and a four-year-old-son. She said it was hard being away from her children during the fighting. 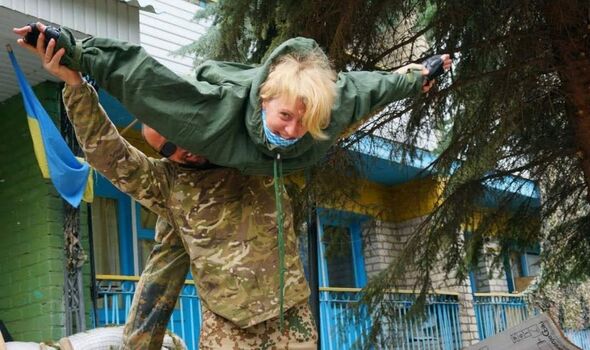 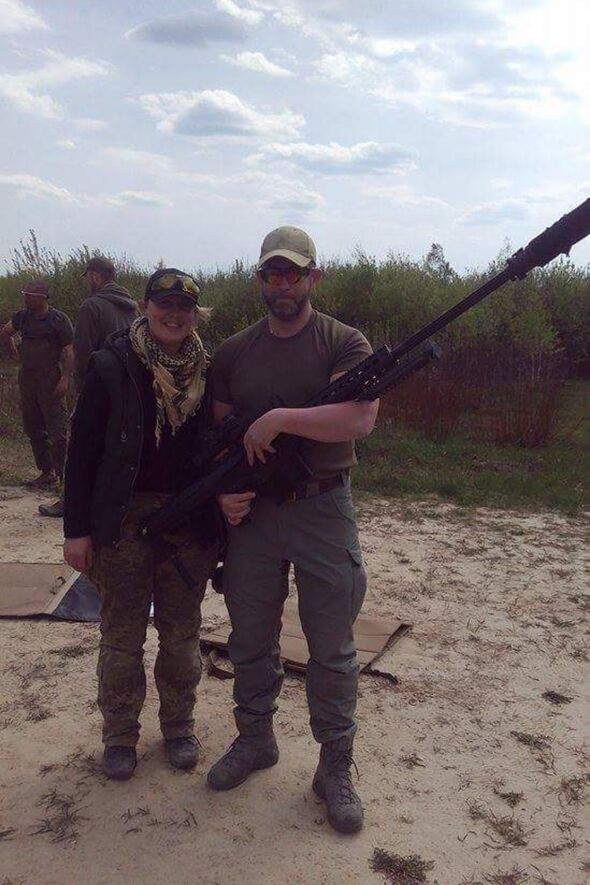 Her husband also fights in the armed forces of Ukraine. The couple met while fighting Russian-backed separatists in the Donbas in 2016.

Ms Terehovych said: “My husband and I have been doing military service together since 2016. We met during the war, in the village of Shirokino when we both were fighting there. 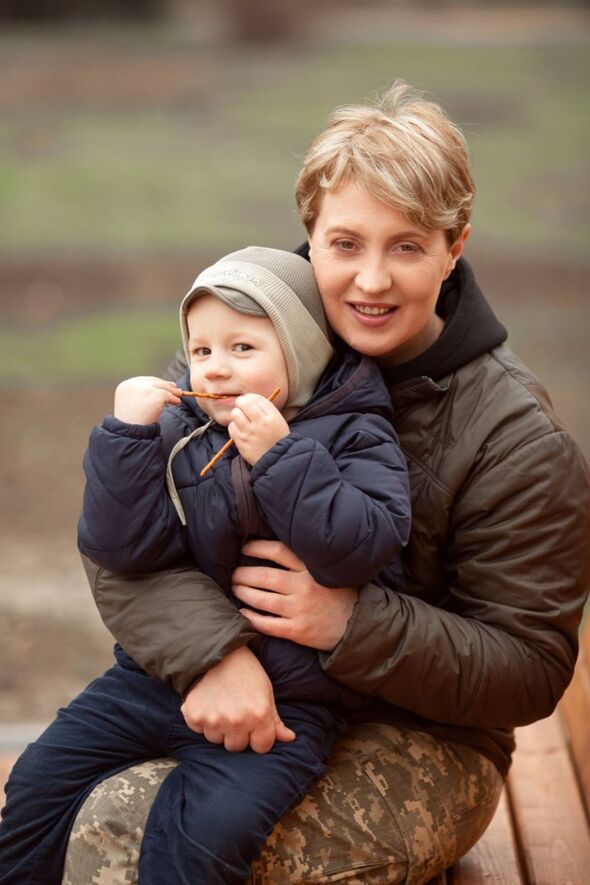 “We still work together, and have a family together. We do everything together.”

Her adult daughters are in higher education and take care of the couple’s little boy while they are on the frontlines.

Iryna Terehovych has been fighting Moscow, or Moscow-backed separatists, for the better part of a decade. However, after Russia’s full scale invasion of Ukraine, thousands of Ukraine’s citizens flocked to the armed forces to defend their country.

The fighting is taking a toll not just on the soldiers, but on their families as well.