The small municipality of Gallivare, 1,000 km (620 miles) north of the capital and home to about 17,000 people, said on its web page the spread was out of control and dangerous. “From a situation two weeks ago where we were down to close to zero cases, we now see uncontrolled spread,” said Stefan Nieminen head of crisis communication at Gallivare district. An increasing number of people in Gallivare were absent from work due to sickness, he said, adding this suggested the infection was more widespread than official statistics showed – Gallivare has had 128 confirmed cases since the pandemic began.

“We are very, very concerned,” he said, adding not all sick people had been tested.

The Norrbotten region, where Gallivare is located, said it had recorded 55 new cases and four deaths between Tuesday and Wednesday. Norrbotten, home to about 250,000 people, has had 800 cases and 63 deaths since the start of the pandemic, including the new cases and deaths.

The Gallivare website described the latest Norrbotten data as “an alarming frequency of new cases”.

Nieminen said Gallivare was looking into the possibility of stopping public transport to and from Gallivare and would have more information later on Wednesday. 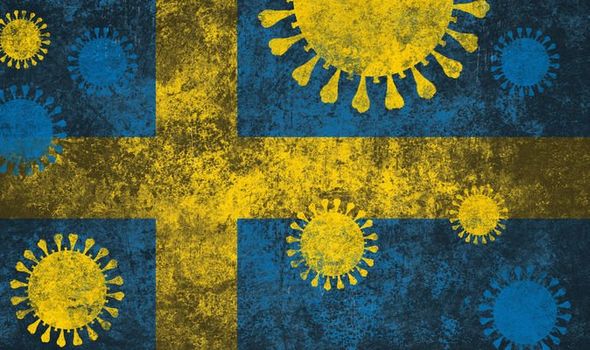 The outbreak comes at an awkward time for Swedish authorities as nationwide travel restrictions were eased earlier this week. Sweden’s Nordic neighbours have kept their borders closed to Sweden, citing the high level of spread.

Close to 5,000 people have died from the disease in Sweden but deaths have slowed considerably since the peak in April and have for the last two weeks been around normal levels compared to a 5-year average of overall deaths.

Unlike most other countries in western Europe, Sweden opted against a full lockdown, keeping most schools and nearly all businesses open while seeking to leverage mostly voluntary restrictions and recommendations on social distancing.