BRUSSELS/ROME (Reuters) – Italy’s prime minister on Tuesday declared coronavirus was causing a “socio-economic tsunami” as European leaders agreed to seal off external borders, but many countries thwarted solidarity by imposing frontier curbs of their own.

“The enemy is the virus and now we have to do our utmost to protect our people and to protect our economies,” European Commission President Ursula von der Leyen said after the second videoconference in a week of the European Union’s 27 leaders.

“We are ready to do everything that is required. We will not hesitate to take additional measures as the situation evolves.”

Italian Prime Minister Giuseppe Conte, whose country has been hardest hit by a global health crisis now centered in Europe, said no nation would be left untouched by the “tsunami”.

Rome has issued similar calls for joint EU funding during previous crises, usually running into opposition from the bloc’s most powerful economy and paymaster, Germany.

Asked about Conte’s proposal, Chancellor Angela Merkel said euro zone finance ministers would continue discussing ways to help their economies cushion the impact, but no decision has been made.

“These are initial discussions and there have been no decisions by the finance ministers,” said Merkel. “I will talk to (Finance Minister) Olaf Scholz so that Germany continues to take part (in the discussions). But there are no results regarding this.”

The EU has scrambled to find a coherent response to the outbreak, with countries imposing their own border checks in what is normally a zone of control-free travel, limiting exports of medical equipment or failing to share key data swiftly.

The national leaders agreed on Tuesday to close the external borders of most European countries for 30 days and establish fast-track lanes at their countries’ frontiers to keep medicines and food moving.

Ireland will not join the travel ban on Europe’s borders, von der Leyen said, because the United Kingdom – which left the EU in January – was not either. Despite Brexit, the two have an obligation to preserve an open border on the island of Ireland.

Should Ireland go with the majority of European countries while the UK stays away, it would mean erecting controls on the sensitive border with Northern Ireland, something sides sought to avoid at all cost in three years of tortuous Brexit divorce talks.

France went into lockdown on Tuesday to contain the spread of the highly contagious new coronavirus and Belgium announced it would follow suit, as the death toll in Italy jumped above 2,000, European banks warned of falling incomes and pummeled airlines pleaded for government aid. 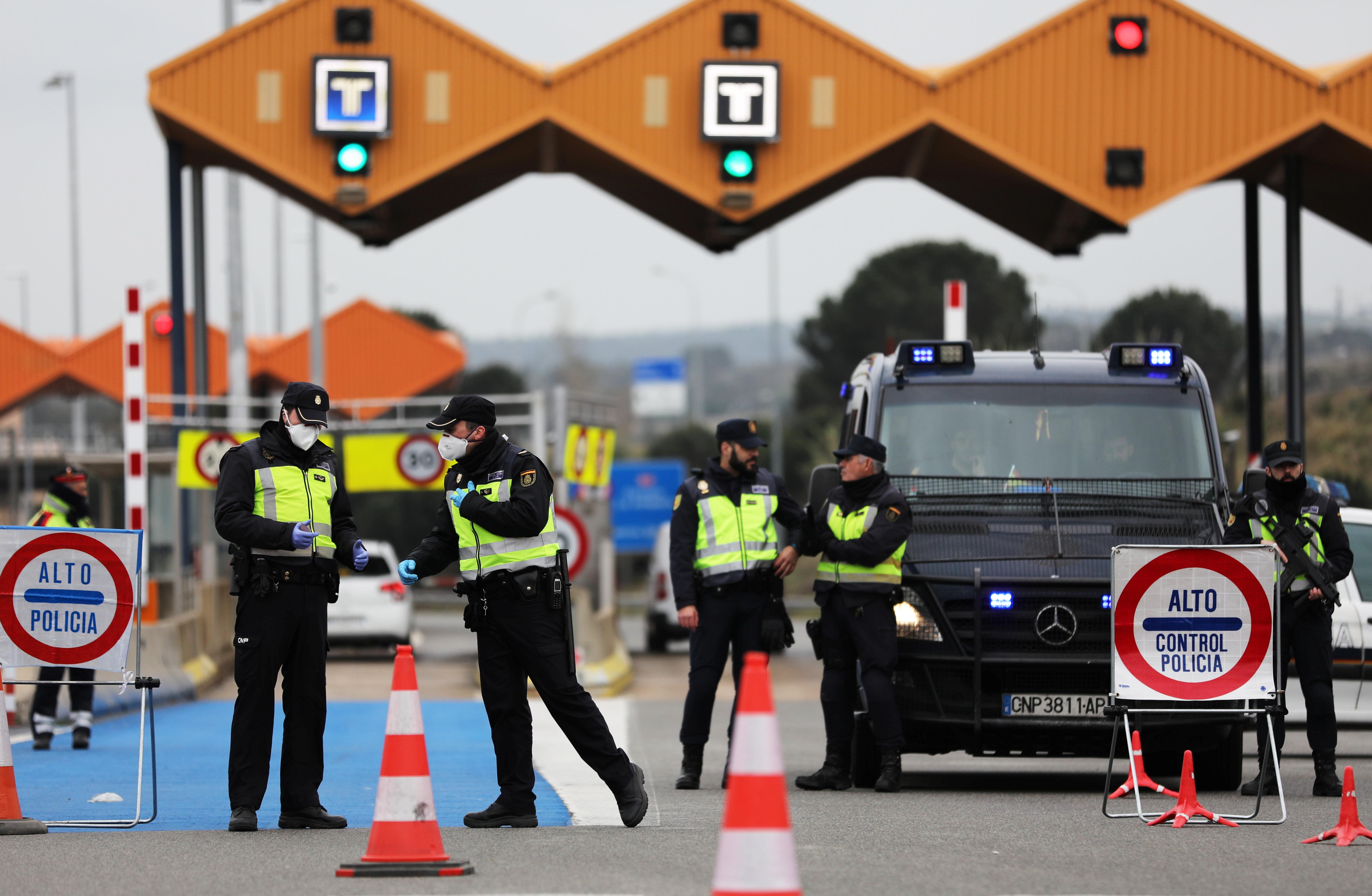 The EU’s executive European Commission warned member states that this was just the beginning of the crisis and Germany said it would run for “months rather than weeks”, diplomats said.

Alarmed by the unilateral border restrictions being imposed in a bloc that prizes the free movement of people, French President Emmanuel Macron had pressed for the decision to close Europe’s external borders to foreigners.

“That was meant to convince European countries to drop internal and unilateral border moves. But it’s hard to see anyone doing it,” an EU diplomat said, adding the move was largely symbolic as the virus was already within.

Indeed, tensions over borders still abounded across the EU, with three Baltic countries – Lithuania, Latvia and Estonia – criticizing Poland for blocking their citizens in transit from returning home.

Portugal and Spain on Tuesday notified Brussels that they have introduced controls on Europe’s internal borders, bringing the total taking such measures to at least 12 countries.

Slovakia, Slovenia and Hungary have not formally informed the EU about such moves despite pursuing them, meaning the real number is likely higher.

The EU has also moved to repatriate Europeans stranded abroad as airlines cut flights. Von der Leyen said nearly 300 Austrian and other European nationals were flown back from Morocco to Vienna on Tuesday.

Their border control steps aside, the EU leaders have come together on a “whatever it takes” approach to cushioning the economic blow from the pandemic, including by relaxing limitations on state aid. 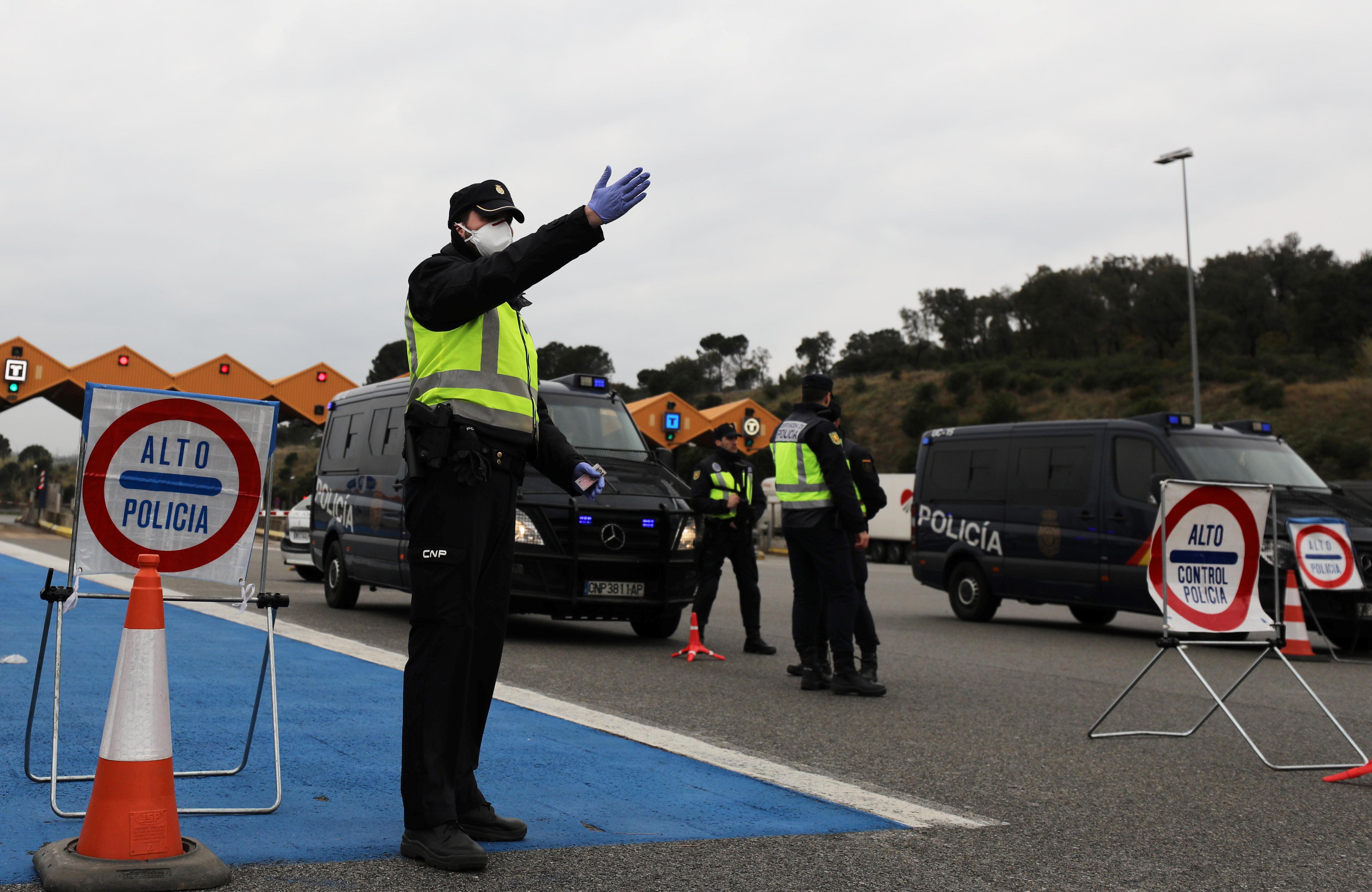 The bloc’s antitrust chief proposed allowing governments to offer grants or tax advantages of up to 500,000 euros ($550,000) to ailing companies, though some EU countries want Brussels to go further.

(GRAPHIC-Tracking the spread of the novel coronavirus link: here)