BRUSSELS (Reuters) – The European Union should gradually reopen its borders to non-EU travellers from July and draw up a list of countries outside the bloc for which restrictions can be removed, the European Commission said on Thursday. 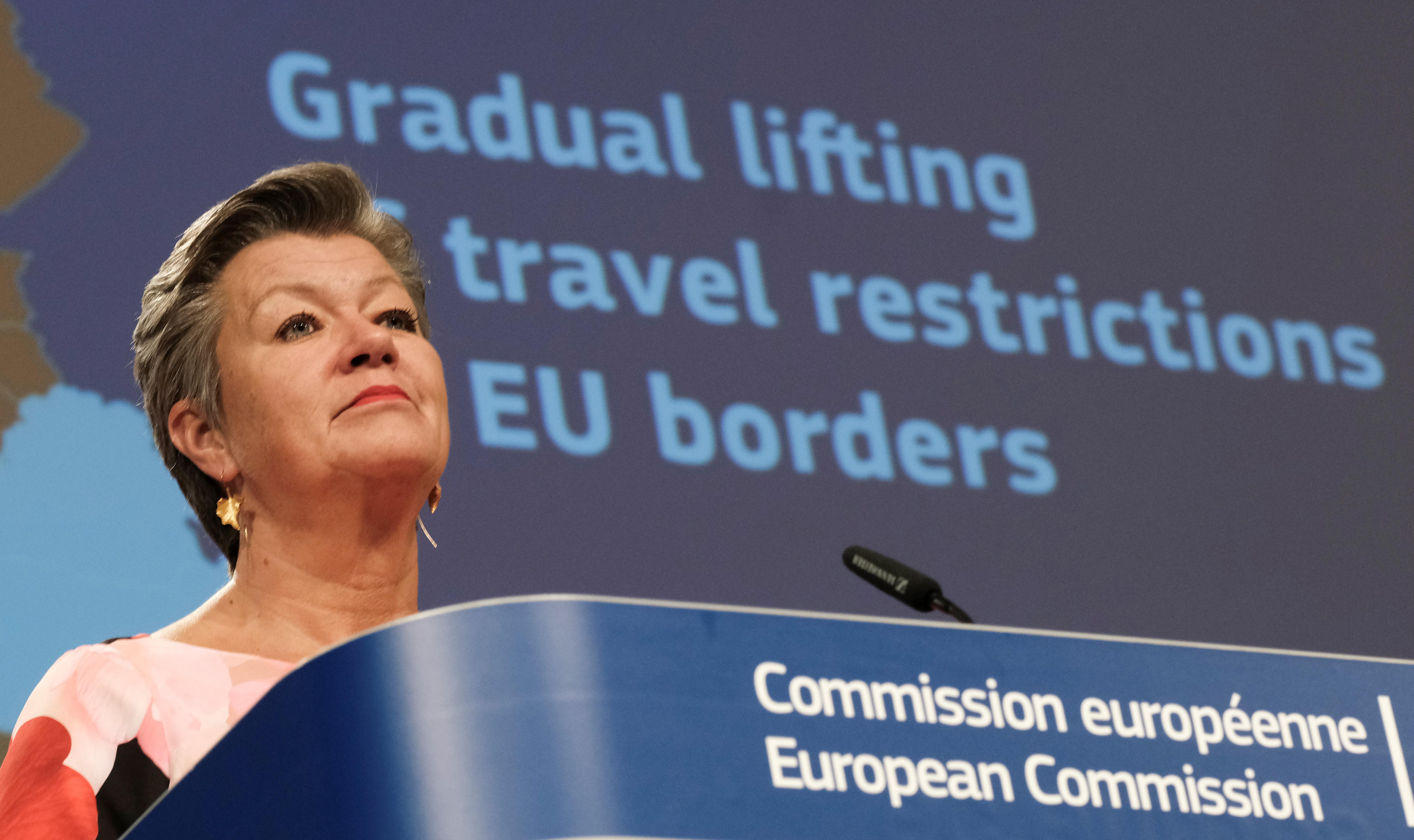 The EU executive said the list of countries with access should be based on three criteria: countries should have COVID-19 under at least as much control as the EU average, have containment measures during travel and also be willing to let in EU visitors.

EU Home Affairs Commissioner Ylva Johansson said decisions on borders were for individual countries to take but she hoped the Commission could help ensure a coordinated approach, something she believed member states themselves also wanted.

The Commission proposed allowing entry from the outset for travellers from the western Balkans countries of Albania, Bosnia and Herzegovina, Kosovo, Montenegro, North Macedonia and Serbia.

Johansson declined to name any other country.

“This has to be done step by step. So I think this list will grow, maybe not from day to day but at least maybe from week to week,” she told a video news conference.

Under the Commission proposal, travellers would be allowed in based on their place of residence, not nationality, and they would not have to go into quarantine on arrival.

It also recommended on Thursday that the countries of the Schengen area, which normally have no border checks, lift controls put in place to the control the spread of the coronavirus by June 15.

However, some countries such as Portugal and Spain have indicated they will not do so by Monday.

The EU executive also proposed that a ban on non-essential visitors from outside the area be extended until June 30.

The Schengen area comprises 22 EU countries and Iceland, Liechtenstein, Norway and Switzerland. EU members Bulgaria, Croatia, Cyprus and Romania, which are not yet part of Schengen, have also applied the ban on entry from outside the zone.

The travel ban has not applied to Ireland, which is not part of the Schengen area, and former EU member Britain.