EU Commission chief Ursula von der Leyen has held emergency talks with prime minister Mateusz Morawiecki in a bid to reopen the Poland-Germany border. Sixty kilometre-long queues built up at the border as dramatic measures to curb the spread of coronavirus were taken by Warsaw that slowed the flow of goods along the EU’s east-west axis. The country’s borders have been closed since Sunday and were part of the reason the Commission sought to implement a bloc-wide travel ban to free up its internal frontiers.

A Commission spokesman said: “It is very important that a solution is not only found for the transport of goods, but also, very importantly, for people.

“Member states must always admit their own citizens and residents and facilitate the transit of other EU citizens that are returning home.”

However, huge numbers of Poles attempting to return home and the time to carry out ID and temperature checks have virtually brought border crossings to a standstill. 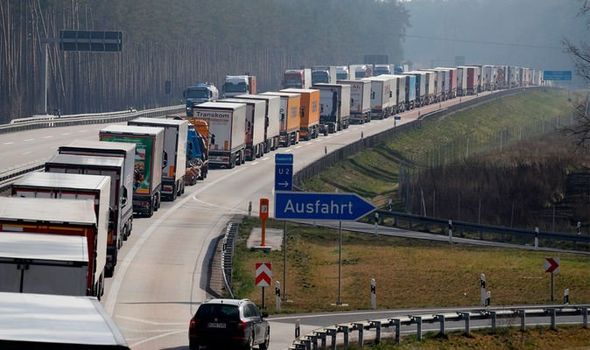 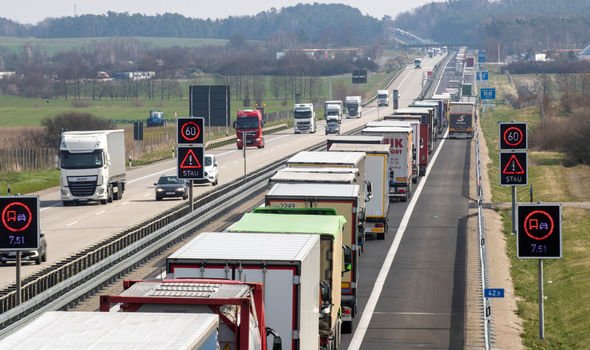 Some 400 cars have been stranded at the border near Frankfurt an der Oder for days.

Other wide-ranging measures have seen international rail, air and bus travel in and out of Poland cancelled.

A senior EU diplomat told the FT: “The Polish decisions on border and quarantine procedures have basically cut of the three Baltic countries from mainland Europe. They also pose problems for the transport of goods and supply chains.

“The situation is getting very difficult very quickly. It is now of utmost importance to create corridors for the transit of people and goods through Poland.” 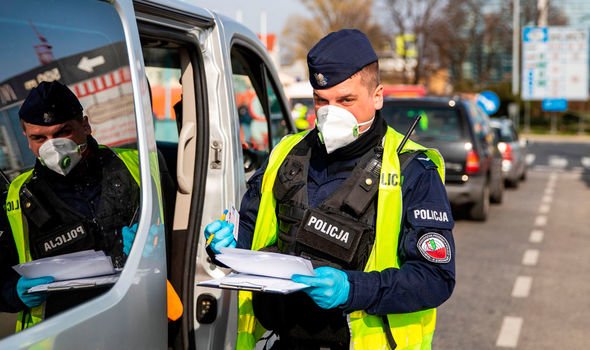 The draconian border measures have sparked an internal row amongst European capitals as they hope to bring their citizens home.

Estonia, Latvia and Lithuania have set up a joint task force to deal with the repatriation of thousands of their nationals through Poland from Germany.

As part of their plan special ferries were being organised to help carry those stranded home from Germany.

The decision was made after talks with the Polish government failed to bring a solution. 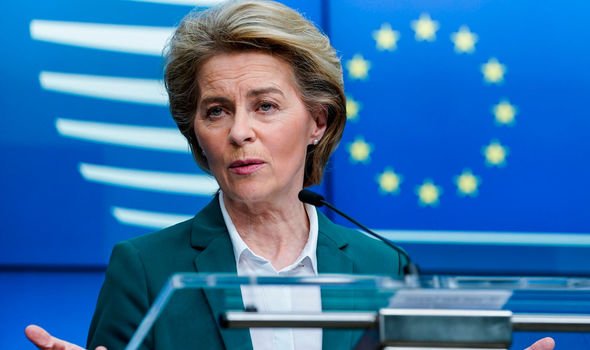 But the blockage also exposes weaknesses in the EU’s single market when it comes to transporting key medical supplies to deal with the coronavirus.

“We need uninterrupted cargo flow, because our economy is suffering, like every country around the world.”

On Tuesday, Mrs von der Leyen said EU citizens are stranded “within Europe, and this needs to stop”.

“We have to keep cross-border transport of supplies going, in particular that of medical productions,” she added.

The emergence of internal borders prompted the Commission president to propose the closure of the EU’s external borders to third country nationals, which was adopted by the bloc’s leaders last night.

They agreed to create special lanes for trucks to get waved through, and in some circumstances prioritise them for screening at the border.

Stefano Stefanini, an Italian former diplomat, said: “For the EU, this is really an existential threat.

“The sense of European solidarity is shaken when your neighbour refuses to export medical equipment,” he added.