Austria’s former Foreign Affairs Minister Karin Kneissl analysed the relationship between Europe and the US amid rising tensions over Russia’s Nord Stream 2. The gas pipeline is set to pump Russian gas into Europe which has rung alarm bells in the White House over fears it could increase Russia’s power over nations reliant on the superpower. Ms Kneissl slammed the foreign policy of the US which she says is attempting to broaden their jurisdiction in Europe by using sanctions to get its way.

Speaking to Russia Today, Ms Kneissl discussed how important the energy issue was to the US.

She said: “The energy aspect is definitely [important] and it has maybe played a more important role with Donald Trump who really wanted to see the US energy exports move on.

“But I think it has a lot to do with the way the US would like to have a say in the European energy market and the German government has been clear on many instances that they do not want to be under a US directive.”

The US has opposed the creation of Nord Stream 2 by introducing sanctions on companies involved in its construction. 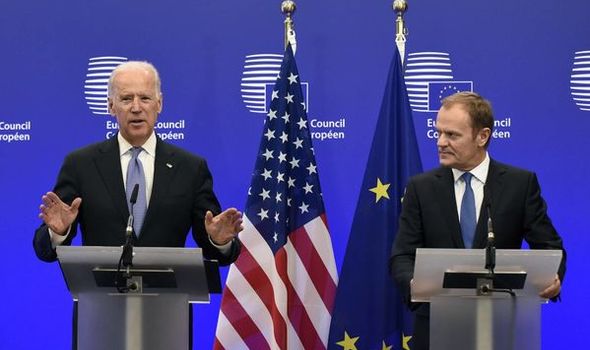 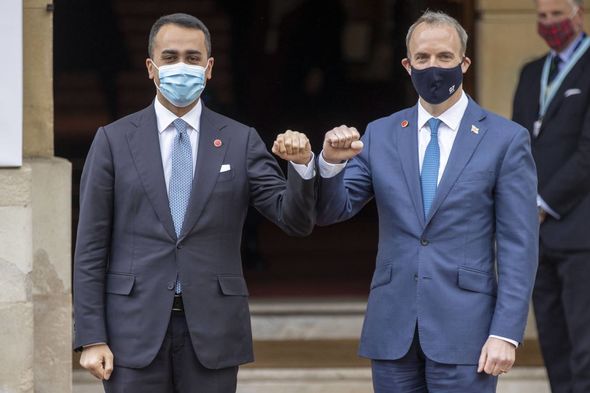 Joe Biden has also made contact with Berlin several times to voice his opposition to the pipeline but insists allies can “still disagree” and remain friends.

Ms Kneissl continued: “In the case of the US, their sanctions [are] a flagrant violation of international law.

“Namely that the US pushes its borders and frontiers of its own jurisdiction to other citizens and it makes daily work for a lot of people rather difficult.

“We hear in Washington all the time this new mantra of diplomacy is back. 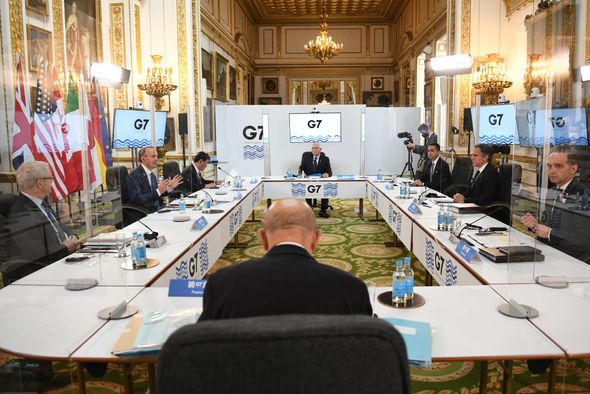 “It means dialogue on equal terms and it’s not about telling the other person what to do.”

G7 leaders met on Tuesday in London in their first face-to-face meeting for two years. 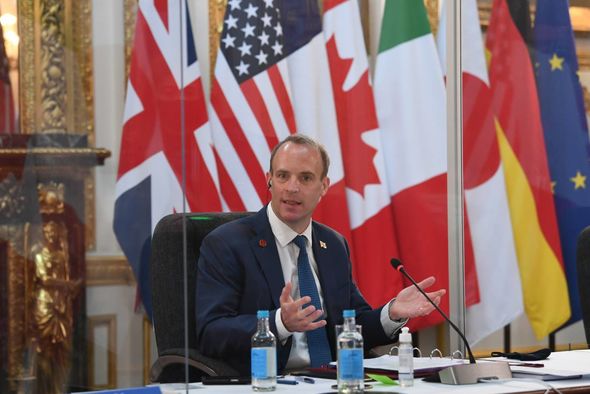 The G7 summit is due to be held over three days in Cornwall on June 11.

Australia, India, South Korea and South Africa have been invited to attend as the UK attempts to build its relationships and presence in the Indo-pacific region.

US Secretary of State Antony Blinken met with Mr Raab on Tuesday in his first visit to London since his appointment.

At a joint US-UK press conference, Mr Raab said there was scope for “like-minded countries” to band together against hostile states like China and Russia

Mr Blinken said the US had “no closer ally, no closer partner” than the UK.