Elon Musk to go ahead with purchase of Twitter

Elon Musk is going ahead with his deal to buy Twitter in the latest development in the takeover saga.

The billionaire agreed to pay his original offer of $54.20 per share in a letter to the social media network.

The letter said: “Musk Parties intend to proceed to closing of the transaction… and adjourn the trial and all other proceedings.”

A spokesman for Twitter said: “We received the letter from the Musk parties which they have filed with the SEC.

“The intention of the Company is to close the transaction at $54.20 per share.”

It comes just weeks before a court battle was due to kick off after the Tesla founder tried to back out of the deal.

The world’s richest man made his takeover offer to buy Twitter for $44bn (£38.4bn) in April.

But in July he tried to walk away from the deal, claiming the number of fake accounts on the platform was higher than Twitter said, which the social media platform denied.

Twitter sued Mr Musk in Delaware Chancery Court and the two sides were due to go to trial on October 17.

Earlier on Tuesday, trading in Twitter shares was paused after its price rocketed following reports the deal was going ahead.

Mr Ives said: “Being forced to do the deal after a long and ugly court battle in Delaware was not an ideal scenario and instead accepting this path and moving forward with the deal will save a massive legal headache.”

Shares in Mr Musk’s electric car company slumped following the development amid fears he may have to sell some of his stock to fund the Twitter deal. 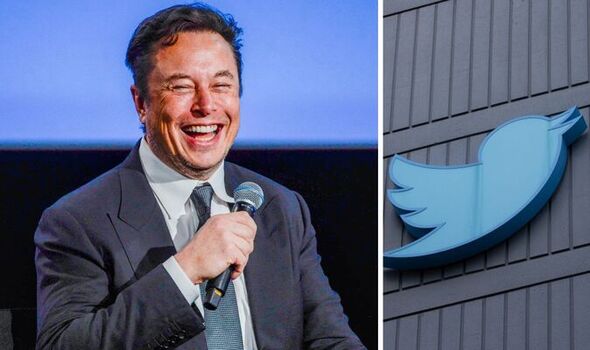