In the 12th Dynasty of the ancient civilisation, Pharaoh Senusret II ordered for the construction of the Pyramid of Lahun. The fourth ruler of this period in history took a great deal of interest in the Faiyum Oasis region – south of Cairo – and began work on an extensive irrigation system from Bahr Yussef through to Lake Moeris in Middle Egypt. The purpose of his project was to increase the amount of cultivable land in that area and, as a result of his efforts, it would remain the political capital of Egypt through to the 13th Dynasty.

When he died in 1878BC the pharaoh was buried in his monument and now, the Science Channel’s ‘Unearthed’ documentary has unravelled the secret to his incredible architecture.

The series explained: “Built around 1870BC, it’s a mighty monument clad in gleaming limestone that rises 160 feet above the desert.

“At the top, a black granite capstone makes a connection to the heavens.

“Next to it, a smaller pyramid – for the pharaoh’s queen – and eight stone mastaba memorials. 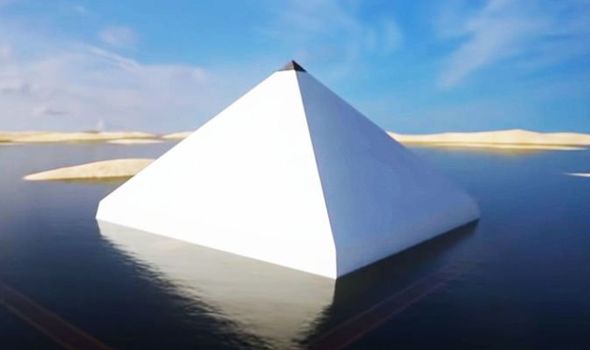 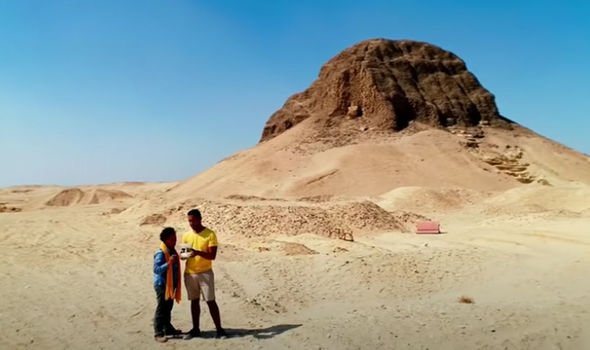 “It was all enclosed by a huge mud-brick wall. The complex was said to be surrounded by water, seemingly floating in the desert.

“It stands in Egypt’s vast western desert. This is a fertile area of the desert known as the Faiyum Oasis.”

Leading archaeologist Dr Salima Ikram revealed her theory on how the pharaoh created the illusion that his pyramid was floating.

She said: “What a sight it must have been for people, to look at something like that – this mountain of a pyramid encircled by water.

“We’re in the middle of a desert, but in the distance, you can see there is lots of greenery and vegetation. 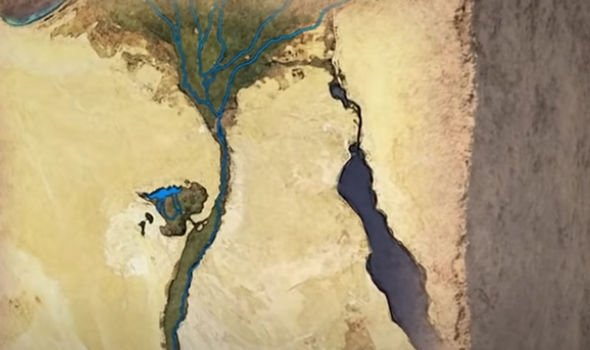 “The fact that there is a lush oasis here means there is a constant supply of water.”

During the documentary, experts used drone footage to track what they believed to be the route of the ancient waterways.

The narrator explained: “The pyramid is built about 10 miles from the River Nile.

“In ancient times, the annual floods inundate the barren land with life-giving water and minerals.

“A huge canal constructed by an earlier pharaoh also channels water from the mighty river to the Faiyum.

“Salima thinks that the Nile and the canal are not the only sources of water.” 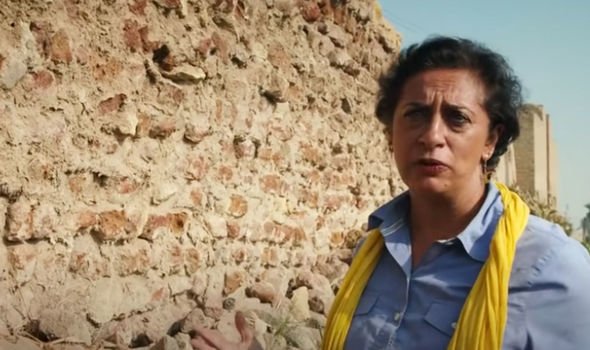 She added: “This large water channel that connects to the Nile is one of the main sources of water for this whole area near the pyramids.

“I wonder what it would have been like 4,000 years ago when it was much wetter, it rained much more and there were even powerful floods.

“The amount of water here makes it a bit curious that someone should choose their site to build a pyramid.

“Senusret II could have been buried with his father several miles to the north of here, but he actively came and sought out and chose this place so he must have had a very good reason to do that.”

Visiting a nearby dam, Dr Ikram explained the crucial role she believes it played in ancient Egypt. 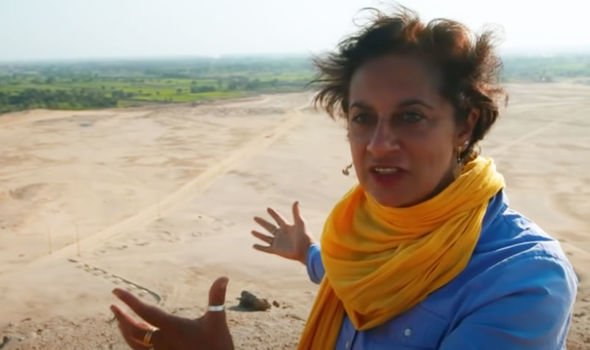 She added: “What’s really interesting is if you go all the way down, this dam is built on the foundation of Senusret II’s dam.

“This is the first dam ever built in the Faiyum and he used it to tame this region and turn it into an agricultural treasure trove.”

And the series detailed how it played a key role thereafter.

The narrator continued: “The pharaohs before Senusret dug out a waterway from the Nile to the Faiyum, creating a massive lake and oasis.

“Senusret himself builds dikes and irrigation channels to distribute water to the surrounding desert.

“Drawing water from the oasis, Senusret creates 17,000 acres of new farmland near the lagoon and he builds his pyramid right next to it to commemorate his achievement and life’s work.”