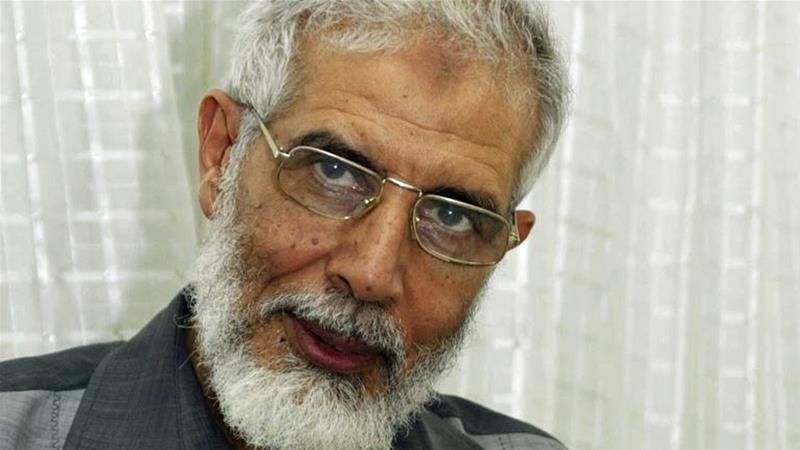 Mahmoud Ezzat, a top leader of the Muslim Brotherhood, was arrested on Friday, the latest figure swept up by Cairo’s long-running crackdown against the outlawed Islamist group, the interior ministry said.

What is Ezzat’s role in the Muslim Brotherhood?

Ezzat has been a member of the Brotherhood since the 1960s. He spent time in prison under the presidencies of Gamal Abdel Nasser and Hosni Mubarak and has served as the organisation’s acting leader several times.

As the group’s acting leader, Ezzat has already been handed two death sentences in absentia, as well as life imprisonment.

Where was Ezzat arrested?

He was “apprehended in a residential area east of the capital, despite incessant rumours circulated by officials of the Brotherhood about his presence abroad,” the ministry added.

The 76-year-old had already been sentenced on charges including “participation in the management of a terrorist organisation”, “collaboration with armed terrorist groups” and “endangering the foundations of the state”, according to the ministry.

Why is Egypt cracking down on the Muslim Brotherhood?

Egypt has jailed thousands of members and supporters of the group since the army’s overthrow of Islamist President Mohamed Morsi in 2013, on the back of mass protests against his brief rule.

Cairo has blacklisted the Brotherhood as a “terrorist” organisation, but the Islamist group has consistently denied any link to violence.

“National security has communicated information concerning the arrest of the fugitive leader of the Muslim Brotherhood, Mahmud Ezzat,” the interior ministry said in a statement. Ezzat, the statement added, is the “acting supreme leader of the international terrorist organisation”.