With Israeli neglect and PA banned from operating, Palestinians in East Jerusalem battle coronavirus on their own. 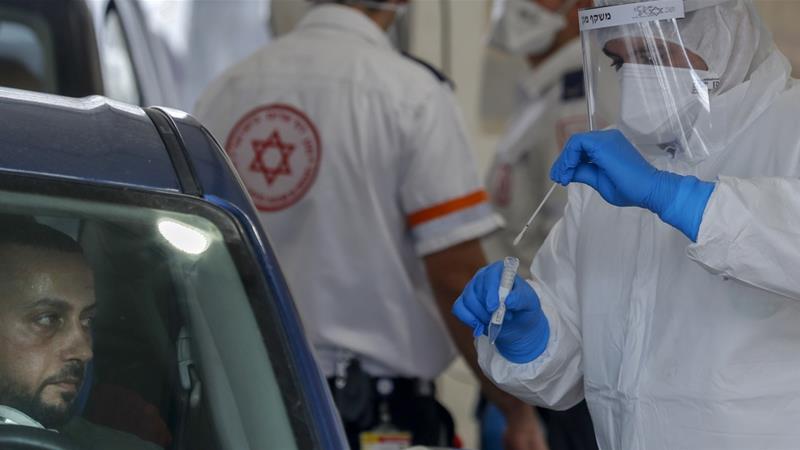 As the highly contagious coronavirus continues to spread, Palestinian health officials in occupied East Jerusalem are warning the medical system will “collapse” if an outbreak occurs because of a shortage of resources and a lack of qualified staff.

Citing Israeli neglect of Palestinians living in the holy city and with the Ramallah-based Palestinian Authority (PA) banned from operating in the area, Palestinians in East Jerusalem say they have been left to fend for themselves.

Walid Namour, the secretary-general of the Palestinian Hospitals Network in East Jerusalem and head of the Augusta Victoria hospital in the city, told Al Jazeera that East Jerusalem hospitals are facing a potential outbreak with a “big shortage” of medical respirators.

“The [Israeli] occupation [authorities] have ignored us for a long time and our capabilities are limited,” Namour said.

“We have 20 [respirators] now in [six] East Jerusalem hospitals. In case an outbreak starts, we will need between 300-400 devices. We are examining the possibility to bring alternative devices but they’re not so effective.”

There are a total of 72 beds set aside in just three hospitals for coronavirus patients.

Namour said there is also a big shortage of surgical masks, hand sanitiser, gloves and self-protection equipment and none of the medical staff in East Jerusalem is qualified to deal with the coronavirus.

“In case we have an outbreak, if our staff is not well prepared and don’t have the equipment, we will see a collapse in the medical system in East Jerusalem,” Namour said.

The first reported case of coronavirus in Israel was confirmed on February 21. On Sunday, authorities confirmed 8,018 cases and 46 deaths related to the disease.

But by March 30, there had only been 54 confirmed cases of COVID-19 among the 20 percent of Palestinian citizens in Israel because of a lack of testing.

It was not until last week that testing centres opened in Palestinian communities in Israel, in the towns of Rahat and Wadi Ara, according to the Israeli health ministry.

Similarly, the number of coronavirus cases in East Jerusalem is unknown as it was not until Thursday the first coronavirus testing centre was set up in the neighbourhood of Jabal Mukaber.

The health ministry did not respond to Al Jazeera’s request for comment.

Israel has been claiming a “United Jerusalem” for the past few decades, but there has been little to no support for East Jerusalem, which remains occupied, Palestinians say.

Adding to the mounting troubles is the fact the Trump administration cut $25m in aid for East Jerusalem hospitals in September 2018, saying the funds “will go to high-priority projects elsewhere”.

To fill the vacuum, 81 local Palestinian NGOs joined together to form the “Jerusalem Alliance” to provide support to neglected Palestinians in East Jerusalem.

The volunteers have so far found two hotels that volunteered to use their space for quarantine as it is difficult for the infected to self-isolate in the notoriously overcrowded Palestinian neighbourhoods of East Jerusalem.

They set up a call centre to provide information as well as an awareness campaign on social media, as the Israeli health ministry’s website only provided coronavirus updates in Hebrew.

According to a March 10 statement from Adalah, the Legal Centre for Arab Minority Rights in Israel, Arabic-language updates had been issued only after significant delays, despite Palestinians accounting for 20 percent of Israel’s total population.

The ministry’s social media posts and smartphone app were also only accessible in Hebrew, leaving many Palestinians uninformed and constituting an “immediate danger to public health”, according to Adalah lawyer Aiah Haj Odeh.

The alliance also set up four medical tents for quarantine at two hospitals to take the temperature of patients before letting them in, to avoid the spread of infections.

“In Jerusalem, we saw the coronavirus crawling towards our community and we needed to take things in our hands since the Israeli authorities have neglected us and the Palestinian Authority cannot operate here,” Ahmad Budiri, a spokesman of Jerusalem Alliance, said.

“We started this alliance to fill this vacuum. We couldn’t wait and weep, and now after four weeks we have succeeded to at least achieve some projects on the health awareness volunteer communication and logistical aspects.”

Namour told Al Jazeera that according to the Israeli health ministry, Palestinian patients infected with coronavirus will be treated equally in Israel and East Jerusalem, whether they have Israeli health insurance or not.

But Nadine Lama, 33, who has lived in East Jerusalem for the past seven years since she got married, has her doubts.

She is worried as she only has temporary residency and not the blue Jerusalem ID card that provides Israeli health insurance.

“It feels like someone is suffocating me … Once the situation turns more serious, I’m afraid how the authorities will deal with the people,” Lama told Al Jazeera.

“Maybe they’ll have priorities. I saw the Palestinian employee who was thrown by the Israeli ambulance outside a checkpoint in the West Bank without any care.

“I’m reading the news about Palestinian employees inside Israel returning back to West Bank because the Israelis are not treating them in their hospitals – despite the fact that they have health insurance inside Israel.”

Media reported in March the case of a Palestinian labourer working in Israel who had suspected coronavirus symptoms.

Instead of being treated in a hospital, his Israeli employer reportedly called authorities who picked him up, drove him to the West Bank side of a checkpoint, and left him there – throwing him on the ground.

In a video circulated on social media, Palestinians there found the ill man lying on the ground with an extremely high fever, struggling to breathe, and unable to move his body.

Suhad Qaissy, 47, is also worried as the medicine she takes for her rheumatism compromises her immunity.

Despite living in East Jerusalem for the past 24 years, she and her daughter have never received the ID card, a big concern for them.

“In ordinary days it’s not easy to reach the hospital because I don’t have a blue ID, and now with all movement restrictions it’s impossible,” she said.

“I’m afraid if the police catch me they will throw me outside one of the checkpoints like they did with that employee who was working inside Israel.

“I am afraid and there’s nothing I can do but to pray to God.”

With additional reporting by Dareen Jubeh in occupied East Jerusalem 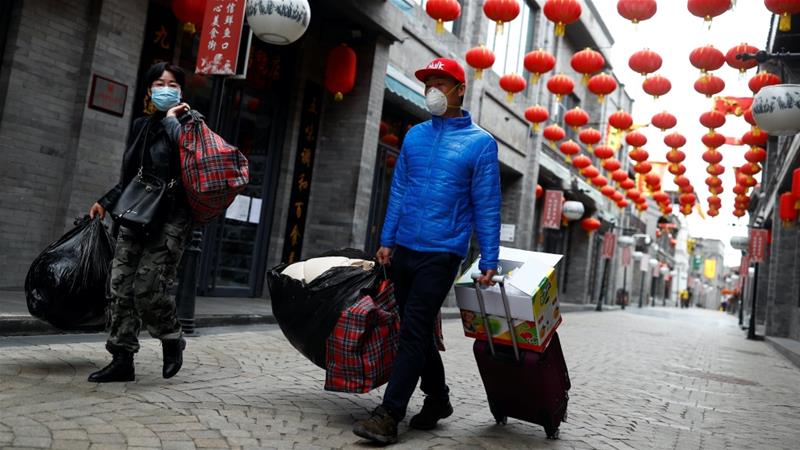