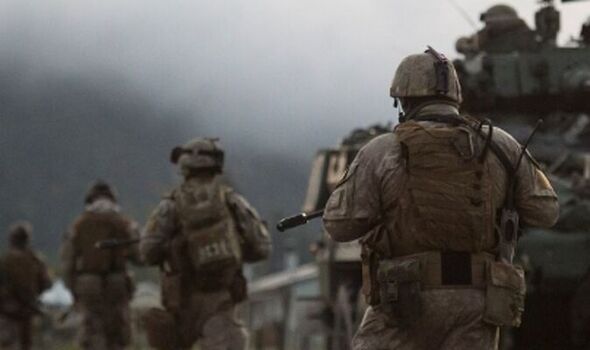 The New Zealand Defence Force (NZDF) said in a statement  that is had received reports the soldier had been killed. The soldier was on leave without pay at the time and was not an active soldier with the NZDF. Further information is being gathered to fully understand the circumstances in more detail. The family of the soldier are being offered support by the New Zealand Army “at this deeply sad time”.

The NZDF did not say whether the soldier was fighting in the war between Ukraine and Russia.

The force said in a statement: “The New Zealand Defence Force (NZDF) has received reports that a soldier who was on leave has been killed in Ukraine.

“The soldier was on a period of leave without pay at the time and was not on active duty with the NZDF.

“At this early stage, there is still more information to be gathered in order to understand the circumstances fully.

“The New Zealand Army will work closely with the family of the soldier to offer support at this deeply sad time.

“The NZDF is currently consolidating information and will look to release further information when possible, and as such will not be able to provide someone for interviews at this time.”

Relevant ministers have been briefed on the situation but the details around it all are still very scant, according to a report from the New Zealand Herald.

Vladimir Putin gave the go-ahead for Russian troops to invade Ukraine exactly six months ago to this day on February 24.

Tens of thousands of the country’s soldiers had spent weeks massing along the border with their eastern neighbour.

Most of the Russian and Ukrainian forces have been concentrated in the Donbas region – the industrial region of mines and factories in the nation’s east.

Ukraine has continued to vow it will drive back opposition forces from the territory they had seized early on in the war.