LONDON (Reuters) – The coronavirus outbreak will usher in profound change akin to the societal transformation that followed the two World Wars because of mounting anger about inequality, said the head of Eton, Britain’s most elite fee-paying school. 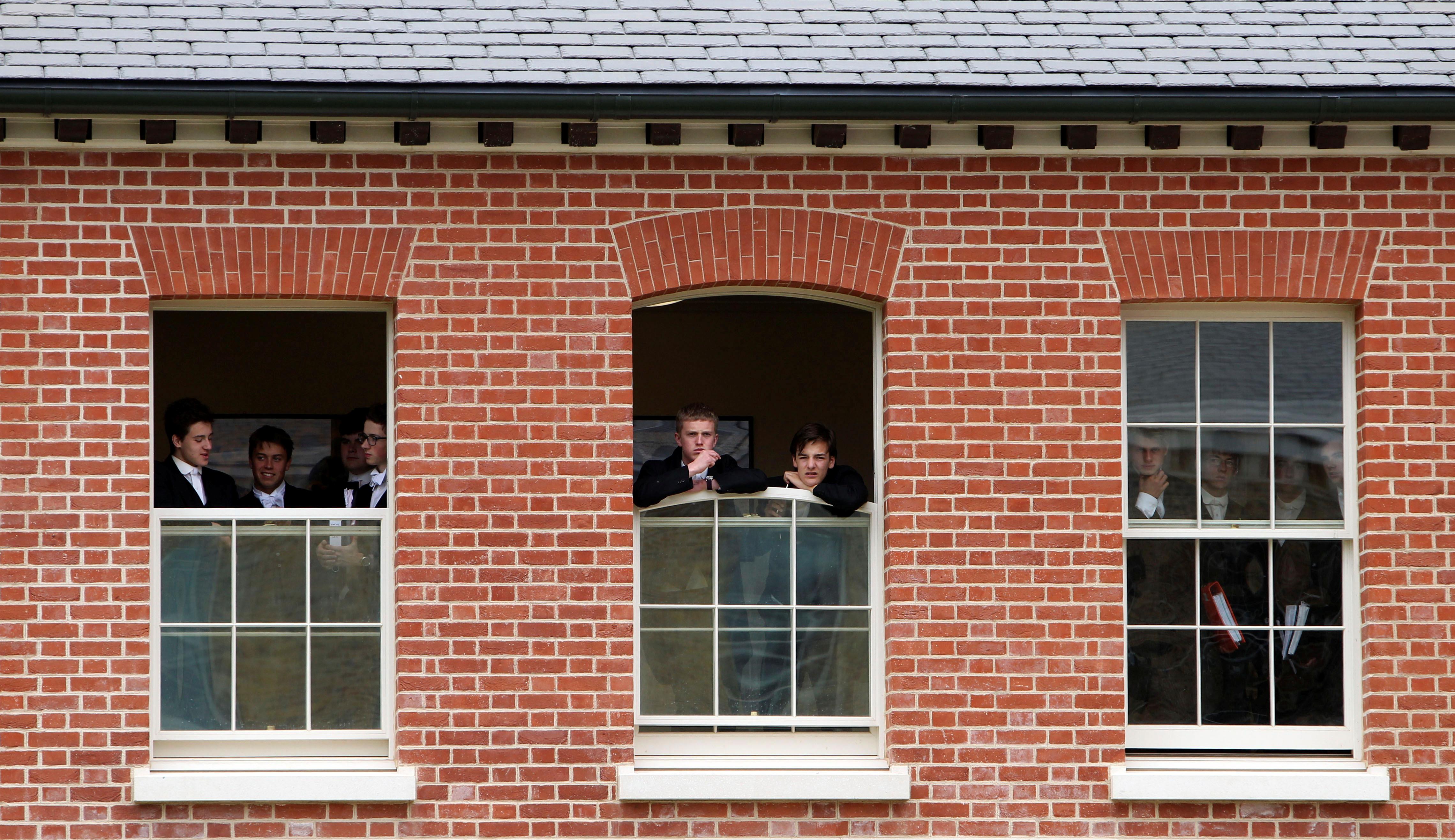 The virus, which emerged in China, has killed more than 235,000 people, wrought profound economic damage across the world and left governments grappling with the cost of the worst public health crisis since the 1918 influenza pandemic.

Although the ultimate impact of the outbreak remained unclear, the headmaster of Eton, a school which symbolises the privileged pinnacle of the English class system, said COVID-19 could precipitate rapid social change.

“Years from now, when historians look back at the events of 2020, they are likely to identify COVID-19 as the trigger for profound change,” Simon Henderson, the headmaster of Eton College, told The Times newspaper.

“It may well precipitate rapid social and economic transformation similar to that which followed two world wars,” said Henderson, whose school’s fees are 42,500 pounds ($53,000) a year. “The unfairness will become transparent.”

The First World War, which brought millions of women into British factories as men signed up to fight, helped women win the right to vote and they remained vital members of the workforce afterwards. Britain’s welfare state and its National Health Service was set up after the Second World War.

Henderson said that, as a result of the latest crisis, “many of those who work in the lowest-paid roles are in fact the key to our survival and these people who have been undervalued for so long have shown astonishing dedication when we have needed them the most.”

Eton, founded in 1440 and England’s most exclusive school, has educated 20 British prime ministers, including Boris Johnson.

Former pupils include Prince William and Prince Harry, respectively second and sixth in line to the British throne, as well as author George Orwell and economist John Maynard Keynes.

For centuries seen as a bastion of privilege where rulers of the British empire were trained, the boarding school in 2020 has sought to cast itself as a champion of academic excellence while helping those less fortunate than most of its wealthy pupils.

Henderson, who was educated at Winchester College, another elite school, said he wanted to challenge the notion that Eton was a byword for elitism.

Eton will invest 100 million pounds ($125 million) over five years to help disadvantaged children in East Anglia, the Midlands and the north. The money will come from Eton’s charitable endowment and fundraising, The Times said.

Henderson said Eton could be castigated in political debate about inequality likely to follow the outbreak. He also said the latest crisis hit poorest hardest and was widening inequalityy.

With children stuck at home, he said the most vulnerable would “flatline or regress if they haven’t been in school for many months, are living in cramped homes and don’t have access to computers.”

Opponents of Britain’s two-tier education system, where some parents spend small fortunes on on high-achieving, fee-paying schools, while most children attend state-funded schools of varying quality have called abolishing the charitable status of such fee-paying schools that gives such schools tax benefits.