The number of coronavirus cases are rising across Europe – with some countries seeing a dramatic increase in COVID-19.

Britain’s closest neighbour on the mainland has seen 4,711 new cases in the past 24 hours.

France’s latest figure is a new post-lockdown high, and it is the highest the country has seen since cases peaked at the end of March.

Some European countries, including Croatia, Slovenia, Malta, Austria, Hungary, France and Greece had increases of more than 70% during the week of 10-16 August compared with the week before, according to the latest weekly data from the European Centre for Disease Prevention and Control.

Denmark, Switzerland, Italy and Norway all had increases of between 46.9% and 59.4%.

Travellers from the most popular tourist destinations out of the top 11 countries with large spikes in Europe have to self-isolate on their return to the UK.

Croatia and Austria were added to the quarantine list today, along with Trinidad and Tobago in the Caribbean, with the rule coming into effect from 4am on Saturday. 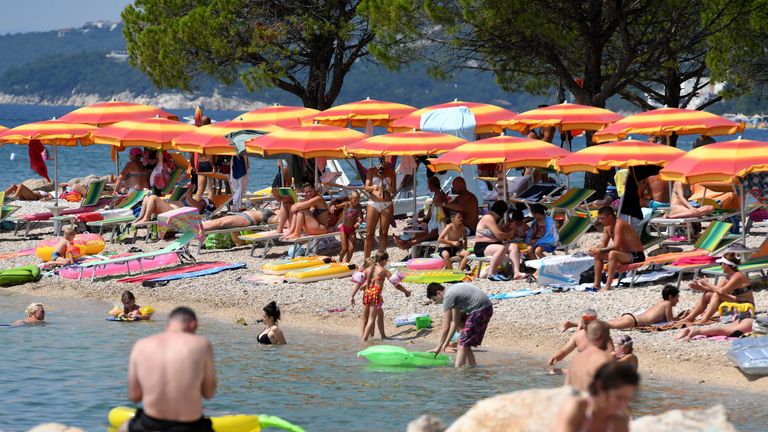 France, Malta and the Netherlands were placed on the list last week due to spikes.

Spain, which has been on the list since 26 July, only increased by 10.1% in those weeks, despite high numbers.