Two officers involved in the arrest of Javier Ordonez charged with ‘torture and aggravated homicide’. 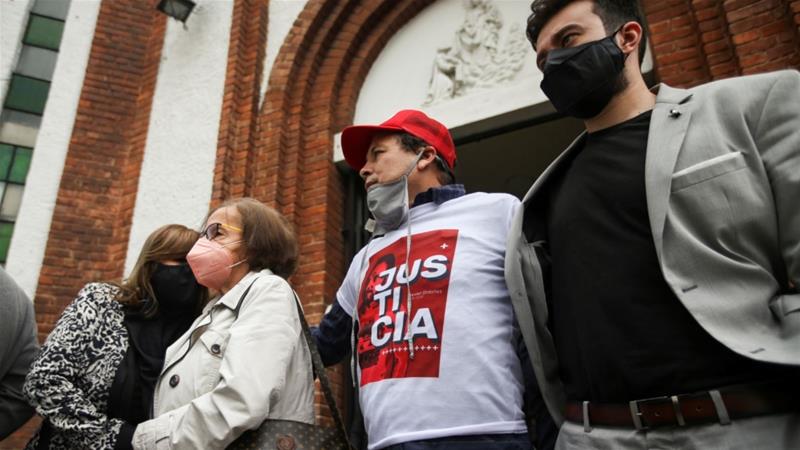 Authorities in Colombia have arrested two police officers accused of killing an unarmed man, in a case that triggered deadly protests in the capital, Bogota, and other cities.

The two officers involved in the arrest of Javier Ordonez, who was repeatedly tasered before dying later in custody, were charged on Friday with “torture and aggravated homicide”, according to Attorney General Francisco Barbosa.

Five other police officers are being investigated in the case.

Thirteen people were killed in two days of protests earlier this week against police brutality. Most of the victims were young people allegedly shot by police.

Bogota Mayor Claudia Lopez called for reconciliation during a televised commemorative event following the unrest but also reiterated the need for police reform, insisting there was clear evidence of indiscriminate use of firearms.

Public outrage was fuelled by a video of Ordonez pleading with police as he lay on the ground being repeatedly shocked by the taser.

Riots, which also hit the cities of Medellin and Cali, wounded more than 500 people, including 285 civilians and 315 police.

The government was forced to apologise for the killing of Ordonez but fell short of condemning the actions allegedly committed by the police during the protests.