SHANGHAI/BEIJING (Reuters) – China reported a record rise in imported coronavirus cases on Friday as students and expatriates returned home from the United States and Europe, sparking fears of a second wave of infections just as the country recovers from the initial outbreak. 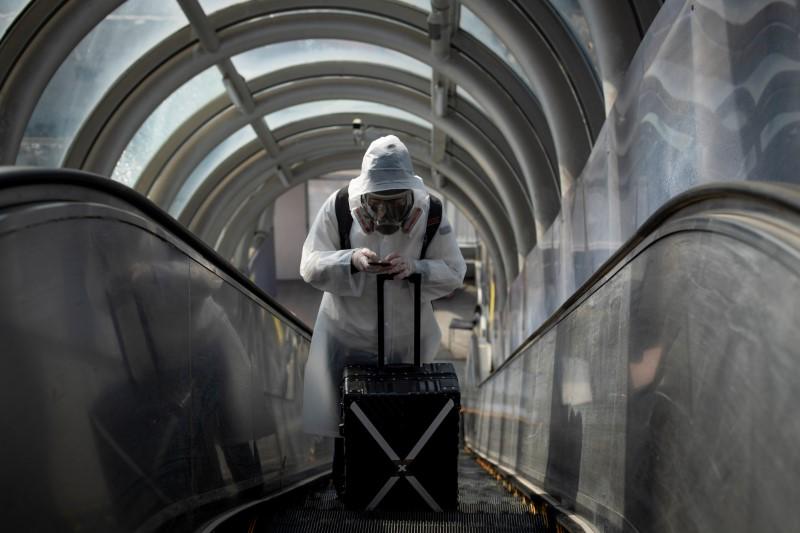 All 41 of the new confirmed cases in China were imported from overseas, the country’s National Health Commission said on Saturday, bringing the total number of such cases to 269. There were no locally transmitted cases for the third consecutive day.

Beijing and Shanghai were the main entry points for the returnees, many of whom are students studying abroad. They have come back after many campuses in the United States and Europe shut down to stem rapidly rising infection rates there.

Also returning in a flight to safety were China-based expats, as businesses begin to reopen.

While there is no reported transmission of the virus from people arriving from abroad to local communities, authorities across China are tightening public health measures.

“Since March 11, when the World Health Organization characterized the epidemic as a pandemic, the cumulative number of imported cases (in China) has risen from 85 to 269, up by 216% and outpacing the 98% increase in the cumulative worldwide confirmed cases during the same period,” Mi Feng, spokesman of the National Health Commission, said at a regular press briefing.

China must strictly prevent the import of the virus from overseas and a rebound in cases, Mi said.

Of the 14 new imported cases in Beijing on Friday, five were Chinese students returning from abroad. Among Shanghai’s record nine cases, five were students flying back from Britain, France and Switzerland.

Guangdong’s health commission said on Saturday travelers who enter Guangdong province from abroad will be subject to a 14-day quarantine on arrival either in personal residences or at a centralized quarantine center at the expense of the traveler.

Infected people have also entered China through the major transport hub of Shenzhen, including people making their way back to the mainland from Hong Kong by land.

While the influx of infections from overseas remains modest, they present a potential threat to Chinese authorities keen to restart factories and get consumers to spend again.

Analysts have slashed forecasts for China’s first-quarter gross domestic product to levels not seen since the Cultural Revolution ended in 1976, with all sectors of the economy hammered by the coronavirus outbreak this year.

The total number of confirmed cases in mainland China stood at 81,008 at the end of Friday, the health authority said. The death toll was 3,255, up by seven, a much slower rate than at the height of the crisis.

The lack of locally transmitted cases for the third day running underscored a recovery that has prompted officials to relax restrictions, even in the virus epicenter of Wuhan.

On Saturday, the official Xinhua news agency said commercial outlets in residential communities and villages without existing cases of virus can resume business, citing the municipal bureau of commerce.

The first phase of a clinical trial of a vaccine has kicked off, state-backed Science and Technology Daily reported on Saturday.

The first batch of 36 volunteers, comprising Wuhan residents aged between 18 and 60, will undergo a 14-day quarantine at a centralized location.