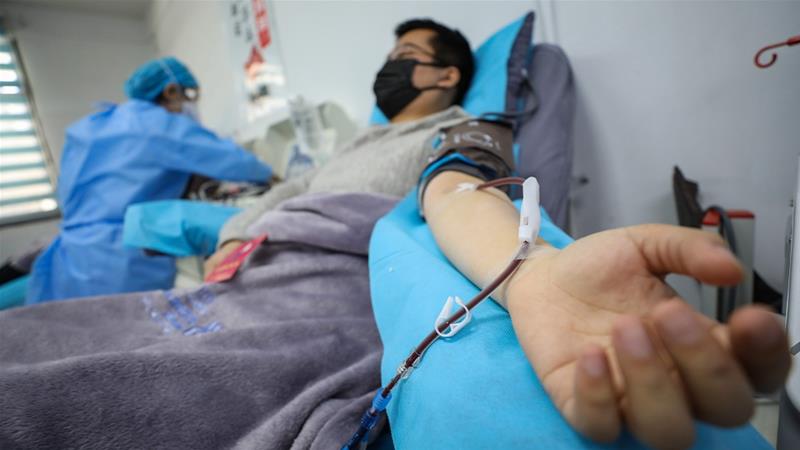 Chengdu, China – As the coronavirus spreads to every continent except Antarctica and the death toll climbs above 3,000, scientists and doctors around the world are rushing to find a way to cure the disease, COVID-19, before it infects more people and poses an even bigger challenge to global health.

The progress made by the Chinese health workers in treating the disease offers hope: more than half the patients in China where the outbreak first originated late last year have reportedly been discharged, reducing the remaining number of confirmed cases to less than 35,000.

China has been touting the recovery rate and offering to provide medical help to other countries in need. Foreign Minister Wang Yi called his counterparts in the hard-hit countries of Italy and Iran at the weekend to offer assistance.

Most of those who have recovered only suffered mild symptoms of the disease, but the mortality rate among the elderly and those whose infection progresses to the critical stage remains high.

That remains a significant challenge for medical workers treating COVID-19 patients, according to a doctor working at one of the leading hospitals in Wuhan who requested anonymity because the hospital management had banned its medics from talking to the media.

The overall mortality rate among the infected is approximately 2.3 percent in China. However, according to a study on early samples that was published in The Lancet, a UK-based medical journal last week the disease killed 61.5 percent of the critically ill.

“The normal procedure of treating pneumonia, such as using ventilators, putting the patients on antiviral and antibacterial treatment and using steroids, has been proven relatively ineffective in treating patients reaching the last stage of the disease,” the doctor told Al Jazeera. 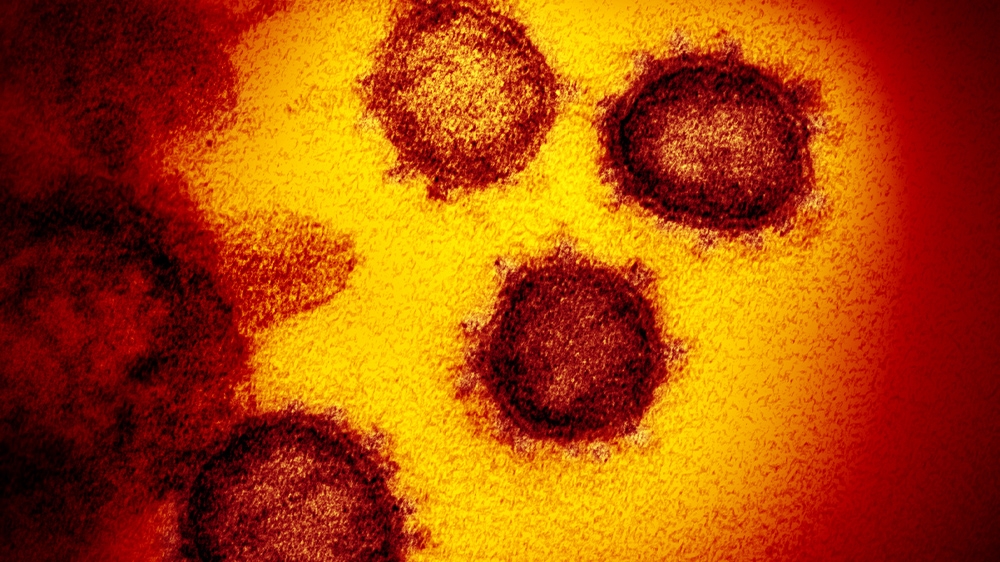 “The unsatisfactory supply of ECMO machines and effective drugs contributed to the high mortality rate,” the doctor continued, referring to the machine that provides cardiac and respiratory support to patients whose heart and lungs are failing.

Such concerns have been echoed by China’s National Health Commission.

Officials have stressed the importance of reducing the mortality rate among those who are more severely affected, usually people who are older or who have existing health problems such as heart disease, diabetes and high blood pressure.

“One of the main things we are trying to do at this moment is to reduce the number of patients whose conditions progress to the critically ill stage and improve the survival rate of those who have already reached that stage,” said the doctor. “To do this, we need to understand which drugs would be helpful.”

There are, so far, 293 clinical trials on various existing drugs’ ability to fight off the novel coronavirus, according to the latest data on Chinese Clinical Trial Registry. Despite the usual logic of “more trials, better chance of success,” some experts have voiced concern over the sheer number of trials and how that might actually impede the research process.

“Frankly, it’s a bit ridiculous that so many clinical trials are continuing, especially given the fact that the drugs used in some trials have practically no possibility of being effective in treating this disease,” a doctor at a leading research institute in Beijing who requested anonymity told Al Jazeera.

“Consequently, it leaves less room for trials that actually have a shot at effectively treating the patients and indirectly slows down the process of finding an actual cure.”

Although there are currently no drugs that have allowed scientists to conclusively determine their efficacy against the disease, among all the 293 drugs or combination of drugs being tested, one has stood out: Remdesivir, an antiviral drug produced by the US-based pharmaceutical company Gilead Sciences and aimed at fighting the Ebola virus.

“There is only one drug right now that we think may have real efficacy and that’s Remdesivir,” the World Health Organization or WHO Assistant Director-General Bruce Aylward said at a press briefing in Beijing after visiting the outbreak’s epicentre in Wuhan.

The drug made its debut in the fight against COVID-19 at the beginning of last month when a paper reporting that Remdesivir was used in the treatment of the first discharged case in the US was published in The New England Journal of Medicine.

Two days later, the China-Japan Friendship Hospital in Wuhan also started its clinical trial and the outcome is expected in April, which could offer doctors a more definite answer to the medicine’s efficacy.

Gilead also announced on February 26 the initiation of two Phase 3 clinical studies to evaluate the drug’s safety and efficacy, which would include 1,000 infected adults. 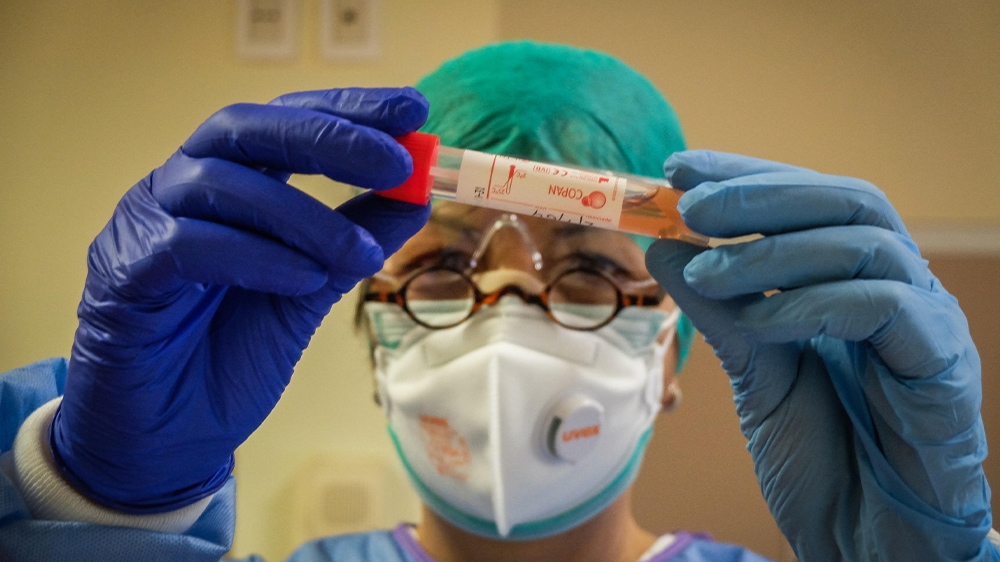 Apart from Remdesivir, doctors in China are also putting a few other contenders into clinical trials, including chloroquine phosphate, an anti-malaria drug, after finding “apparent efficacy” in the treatment of COVID-19. Earlier, anti-HIV drugs, such as Lopinavir or Arbidor, were also included in China’s diagnosis and treatment plan, which has been updated six times since the outbreak began.

None of these drugs has yet been proved to be universally applicable to every patient battling the novel coronavirus.

This problem also extends to the plasma extracted from the donated blood of those who have recovered. Earlier this month, doctors confirmed the usage of the plasma had had some use in fighting the disease, but experts remain cautious.

“Any drug or supplement options only constitute part of the entire treatment plan, so the idea of injecting the plasma to the patients yielding immediate results can only be seen in movies,” said Dr Zhang Wenhong, the leader of a medical team sent from Shanghai to Wuhan to help tackle the outbreak. “The result is limited, and the usage of plasma will probably reduce the time needed to treat the disease from five to 10 days to three to five days.”

Others are also cautious on treatments, preferring to wait until the outcome of the trials is known.

“It’s unclear how effective these drugs will be and whether we need some new drugs to effectively curb the progression of the disease, so only clinical trials can tell,” said Dr David Ho, a prominent Columbia University professor who made significant contributions to the development of anti-HIV/AIDS drugs.

Apart from making use of existing drugs, the development of a vaccine has also been put under the spotlight since a group of scientists in Shanghai first released the viral genome of the virus early in January.

Despite a concerted effort from across the globe, experts believe it will take at least a year for any vaccine to be available to the general public.

Moderna, a biotech company based in the US, is leading the global race and released the first batch of a vaccine against the novel coronavirus for human use on February 24. In a statement, the company said the vials of mRNA-1273, the official name for the vaccine, had been shipped to the National Institute of Allergy and Infectious Diseases (NIAID) to be used in the Phase 1 study in the US.

The clinical trials will first take place at a research centre in Seattle among 45 volunteers and are expected to run 13 months with the main objective being to detect if the vaccine will trigger an immune system response and whether it is safe.

After Phase 1, clinical trials to actually test the vaccine’s ability to resist the novel coronavirus will take place.

“The earliest efficacy trial will take an additional six to eight months, so although it is the fastest we have gone from getting the sequence of the virus to a trial, it still would not be applicable to the current epidemic unless this goes on for another year or year and a half,” Anthony Fauci, the director of NIAID, said at a news conference held by US President Donald Trump last week.

In addition to the long process of developing a vaccine from scratch, researchers also voiced concern over its fate: many suspect its development could be halted if the outbreak begins to taper off, as happened with SARS, the last large outbreak to originate in China.

“We never had a chance to test the SARS vaccines because there was no need to continue the development at that time,” Dr Zhong Nanshan, a leading pulmonary disease expert in China, said. “However, I do think it’s important to continue the effort in this case because of the fast-spreading nature of the virus and the subsequent unpredictability on how long this epidemic will last.”