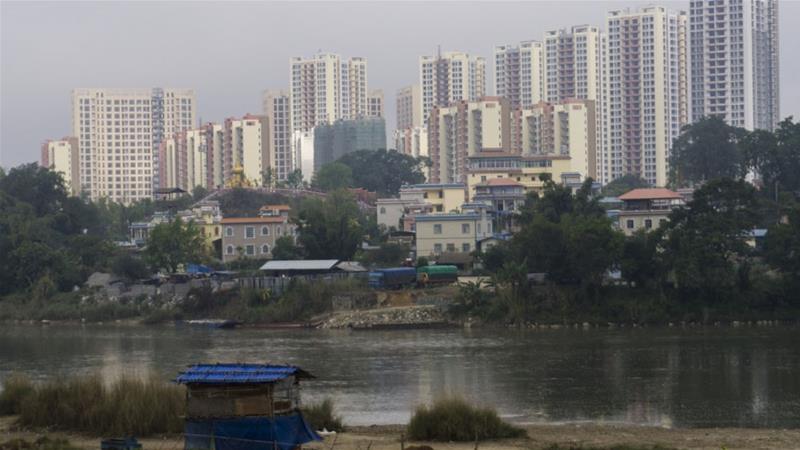 China has locked down a city on the border with Myanmar and announced plans to launch a mass coronavirus testing programme after authorities detected two new coronavirus cases there.

The cases were found in the city of Ruili in western Yunnan province, an important land border crossing point with neighbouring Myanmar.

City officials said in a statement on Tuesday that residents were being told to stay home and people had been forbidden from entering or leaving the city from Monday evening.

They said every resident would be tested for the virus in Ruili, which is home to more than 210,000 people. Businesses have been closed except for supermarkets, pharmacies and food markets.

The Global Times, a state-run tabloid, said authorities in Ruili and several other border areas had entered “wartime status” to enhance anti-epidemic measures and border management.

The infections were brought in from Myanmar and Chinese authorities would “crack down on illegal immigrants”, officials said. One of them was a 32-year-old woman who was initially asymptomatic, and the other was a 16-year-old girl, according to the Global Times.

City officials have also advised anyone who travelled out of Ruili on or after September 12 to get tested.

Ruili is separated by a shallow river from the border town of Muse, Myanmar’s main gateway to China and known for sleazy streets, weapons, casinos and drugs.

Yang Bianqiang, vice mayor of Ruili, told a press conference on Monday that the city would repatriate those who cannot verify their time of arrival into China, “have no fixed residence and have no fixed place to work”.

China has largely controlled the spread of the virus through a series of travel restrictions and strict lockdowns, starting with the central city of Wuhan where the virus first emerged late last year.

However, there have been several localised outbreaks in recent months including in the capital, Beijing.

The country’s borders remain closed to most foreigners, and the majority of infections in recent months have been among nationals returning from overseas.

Seven other cases were reported around China on Tuesday – all brought in from other countries, the National Health Commission said.