Many people remain trapped in the rubble of the building used to quarantine people under observation. 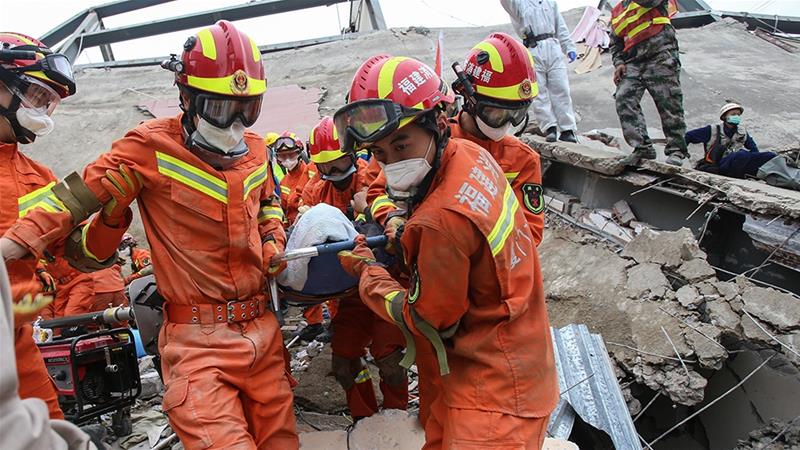 Ten people have died and 23 remain trapped under the rubble of a collapsed hotel building that was used to quarantine people under observation for the coronavirus in the Chinese city of Quanzhou.

Of the 71 people who were initially trapped, authorities have rescued 48, of whom 38 were sent to hospitals.

Most of the people inside the hotel at the time of the collapse had not tested positive for the coronavirus but were put under preventive quarantine to monitor their health.

Heroic rescue: A two-year-old boy was pulled from rubble in E China’s hotel collapse.
His parents were rescued and sent to hospital. 4 dead, at least 49 rescued so far https://t.co/wp8c08ViEo pic.twitter.com/EJhVV109LJ

The accident has angered the local community, according to Al Jazeera’s Katrina Yu, reporting from Beijing.

“There is frustration because this is an example of heavy-handed restrictions being used to protect the community from the coronavirus,” she said.

“At the same time, it is having devastating consequences for people who were waiting to go through their quarantine before being released.”

The owner of the building, a man surnamed Yang, has been summoned by police, according to state media outlet Xinhua. The preliminary investigation revealed that the building’s first floor was under renovation at the time of the collapse.

Authorities said construction workers called the hotel’s owner minutes before the collapse to report a deformed pillar, according to AFP news agency. 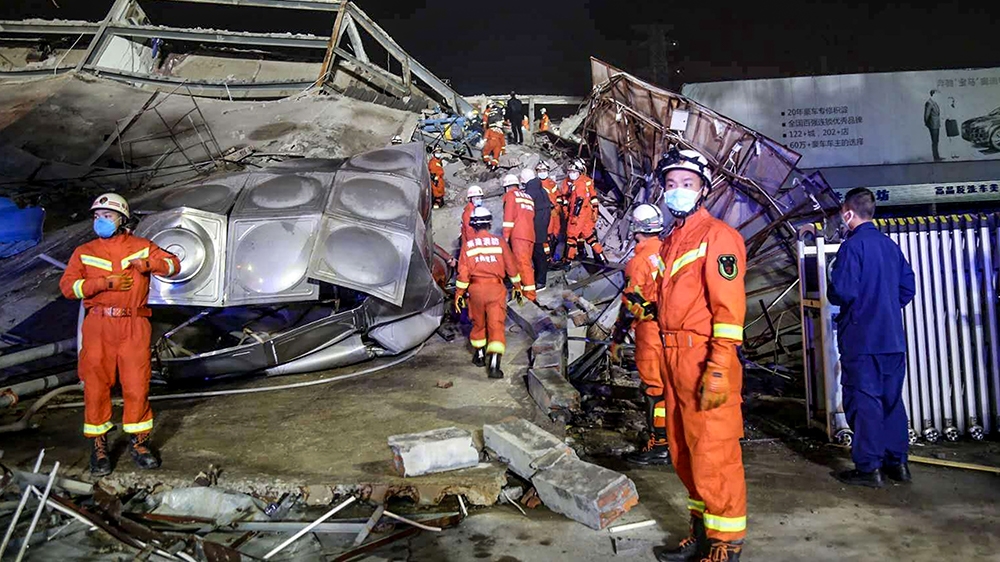 News of the accident comes as the spread of COVID-19 continues to slow in China.

Cases fell by roughly a half on Saturday compared with the previous day, according to data from China’s National Health Commission (NHC).

The agency confirmed 44 new cases, compared with 99 on Friday. Forty-one of those cases were discovered in Wuhan, the epicentre of the outbreak.

The remaining three cases were in people arriving from outside mainland China.

Chinese cities are gradually relaxing quarantine measures put in place over a month ago, while authorities keep a close watch on the virus’s spread overseas.

As the virus slows its spread in Wuhan, authorities have reacted by closing hospitals built specifically to house its patients.

After the first such closure last week, on Sunday, China’s state television reported that operations at a second hospital had been suspended, with its 25 remaining patients now discharged and declared cured.