Plans due to be unveiled to rebuild Linwood Islamic Centre as community hub in fusion of Islam and Maori culture. 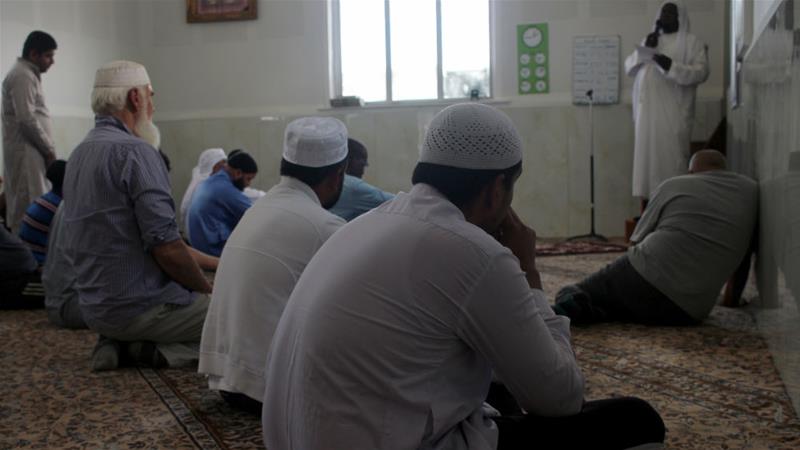 Christchurch, New Zealand – An ambitious new design concept aims to reimagine the Linwood Islamic Centre, one of two mosques targeted by a gunman a year ago on March 15, in a building that would fuse Islam with New Zealand’s indigenous culture.

The design concept intends to bring together the worlds of Islam and “te ao Maori” (the Maori world), becoming a marae-mosque hybrid (a marae is a sacred place for New Zealand Maori and other Polynesian cultures).

A formal ceremony to mark the year that has passed since the attacks was called off amid concerns about coronavirus, but New Zealanders came to pay their respects anyway on Sunday, leaving flowers outside.

An anonymous donor from the United Arab Emirates gave $1.1m to a third party, who then bought the surrounding lots of land – a wide, unsealed carpark at the front, and also a vacant building next door, formerly a fast-food restaurant – on behalf of the Linwood Muslim community. 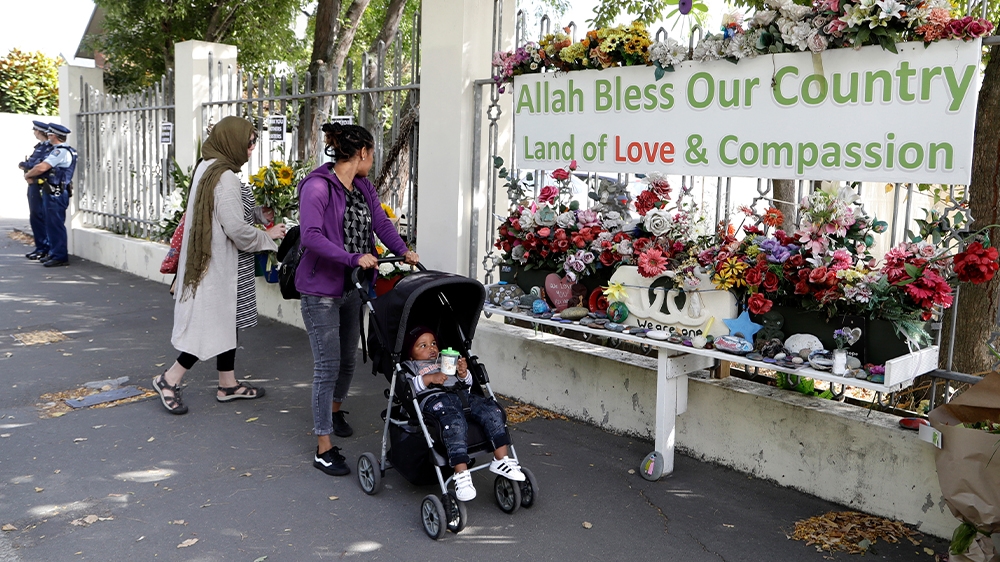 Under this plan, the existing mosque – a rundown building that was once a Baha’i community centre – will be torn down and a new mosque built in its place. The marae-mosque would become the central hub in a large multicultural centre.

An initial design concept is expected to be unveiled at a private gathering in the Linwood Muslim community on Sunday, with the donor also expected to pay for the construction.

Mazhar Syed Ahmed, a 48-year-old architect who has lived in Christchurch for almost seven years, was at the Linwood Islamic Centre on the day of the attack. He is now part of a small working group that is leading the integrated design.

“There are many reasons that this place should represent the New Zealand identity,” he said. “It would be a tangible manifestation of the unity found in the wake of this tragedy.”

According to Syed, Islam does not forbid a hybrid design.

“A mosque in Islam doesn’t have to be a particular shape, a particular architectural style. It should be orientated towards Mecca, and it should be clean enough to pray. That’s the only basic requirement.”

Syed shared an early artist’s impression of one design concept, in which the curve of New Zealand’s endemic silver fern is integrated into the mosque’s raised dome. The tessellations of the fern are multicoloured, intended as a tribute to the multi-ethnic diversity of the Christchurch Muslim community. The dome is surrounded by four tall minarets, each one holding a wind turbine that would harvest extra power reserves.

The koru – a coiled pattern based on the new unfurling frond of a silver fern – is a common symbol in Maori art, carving and tattooing. The symbol was often used in marae throughout New Zealand, but has also been widely reinterpreted elsewhere.

Syed said that, ideally, the design would meet the stringent criteria of the Living Building Challenge. 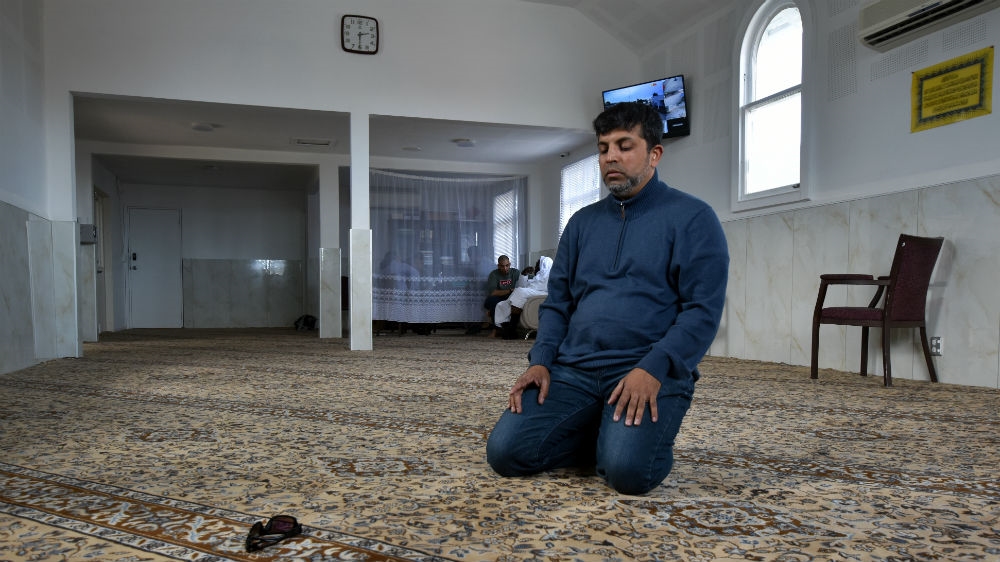 This means that construction would follow sustainable building practices, use locally sourced timber to ensure a low carbon footprint, and also be constructed using local labour. The building would give rather than consume, arrayed with thick solar panels, producing enough additional power to share with the surrounding neighbourhood.

However, the plan has not been without its challenges. A new consultant architect has been appointed, and the final design remains undecided, Syed said.

Tyrone Smith, a Maori convert to Islam, has acted as a cultural adviser on the project, connecting the consultant architect with local “iwi” (Maori tribal group) and “mana whenua” (iwi or “hapu” who have traditional authority over land).

Ngai Tahu are the local iwi in Christchurch, while Ngai Tuahuriri are the hapu (Māori subtribe) with traditional authority over the land area now known as the suburb of Linwood. Ngai Tuahuriri, as the people of the land, should, therefore, be consulted before any decisions around construction are finalised.

“You should respect the people of the land: hold that conversation. The reason is to keep the flow of balance, in a holistic way.”

Smith said tikanga (Maori custom) and Islamic law both agreed on this point, and referred specifically to the concept of adab in Islam, good manners and a basic sense of humanity.

Proper consultation in these matters was an ongoing attempt to right historic injustices after many Maori were stripped of ancestral lands under the Treaty of Waitangi in 1840, he explained.

While there has been some initial consultation, no formal agreement has yet been reached between an adviser for mana whenua and the consultant architect, although Smith is actively coordinating negotiations between the two parties.

The consultations ensure any Maori design elements are incorporated correctly, and the mana (intrinsic value) of the local people is enhanced through the design.

Imam Abdullah Lateef, the spiritual leader of the Linwood Islamic Centre, preferred not to comment about the design until after the design concept had been officially launched.

The Linwood Islamic Centre was first established in early 2017, operating out of a two-bedroom rental property in Linwood. The mosque moved to a community hall in Philipstown a few months later, relocating finally to its current premises on Linwood Avenue in early 2018.

The mosque was closed for eight days after the attack, reopening on March 23 with a tapu (restriction) lifting ceremony attended by the Muslim community and local iwi.

There are more than 57,000 Muslims in New Zealand, according to the 2018 census, accounting for roughly only 1 percent of the total population. Islam is estimated to be the fastest-growing religion among Maori, more than 1,000 converts in total as at the 2013 census, up from fewer than 100 just 20 years ago. But the faith is still a small minority, only 0.19 percent of the overall Maori population. 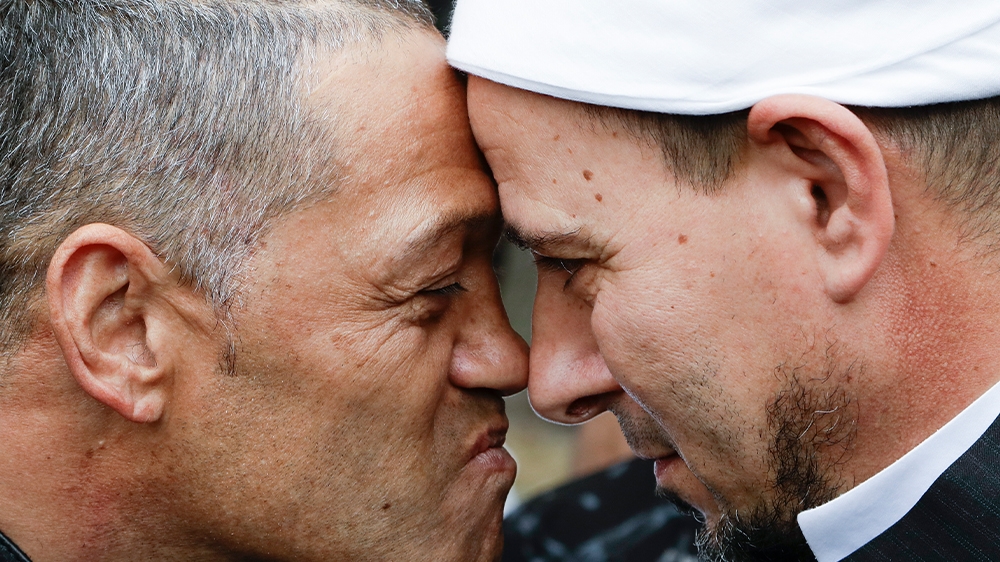 Large-scale architectural gestures still hold some power in Christchurch, a city that continues to rebuild after the 2011 earthquake that killed 185 people. The Cardboard Cathedral, designed by Japanese architect Shigeru Ban, became a symbol of the city’s recovery after it was opened in 2013.

Amid the national outpouring of grief over the mosque shootings, plans were developed for a $9.5m memorial in the form of an elaborate landscaped park and large ornamental water feature. In November, the idea was put on hold.

While the proposal had initial support from the New Zealand Federation of Islamic Associations (FIANZ), other leaders in the local Muslim community labelled the proposal “obscene”.

Mr Syed said that Islam forbade the commemoration of any event after death, and therefore a memorial was not a natural fit.

“This building,” he said, referring to the marae-mosque, “should become that icon”.