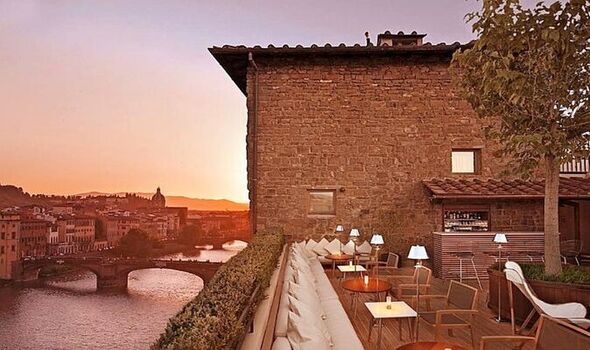 But officers have not ruled out foul play, according to local news reports in Florence.

The man, 40, was found dead in his £350-a-night room at the four-star Continentale, where previous guests have included Prince Charles and Tony Blair.

A British woman bel­­ieved to be his partner was covered in cuts and bruises. She had asked a chambermaid for help.

It is understood the man may have suffered a seizure or heart attack but this has not been officially confirmed.

Paramedics were sent to the hotel but the man was pronounced dead. The woman, 43, was taken to the city’s Careggi Hospital where she is said to be in a serious but stable condition after undergoing surgery.

The couple, reportedly estate agents from Manchester, arrived at the hotel on Friday. Travel guides describe the Continentale as “playfully chic” and being popular with people wanting a romantic break.

“The man was found with a series of cuts, bruises and other injuries on his body and so was the woman.

“There is blood in the room and the forensic teams are working there at the moment while the woman has been taken to hospital for treatment. We hope to question her at some point in the next few hours.”

Other guests are understood to have called reception after allegedly hearing shouting and banging coming from the room.