The penny is dropping – change is on its way for Brexit-voting ‘Brits abroad’. 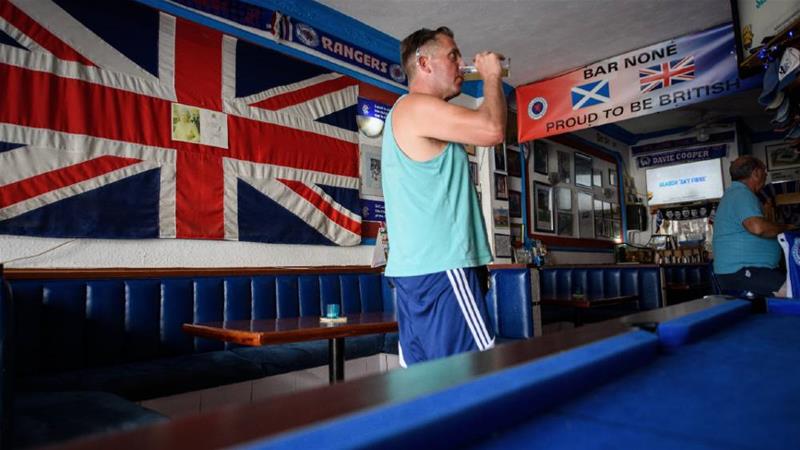 Madrid, Spain – It has been a fraught start to negotiations between the European Union and the United Kingdom as talks on their post-Brexit trade deal kicked off this week.

Deep-rooted differences over fishing rights have again emerged as a potential major sticking point – with a British government minister, George Eustice, already hinting that the navy could be used to protect “British waters” against EU fishing vessels. Even a long-standing dispute over the Elgin Marbles, artefacts taken by the British from Greece’s Parthenon some 200 years ago, seems to be hovering on the edges of discussions.

But a world away from the officials wrangling in Brussels and London, there are British Brexit voters who live in mainland Europe. And things for them are getting heated.

“The penny is gradually beginning to drop that there will inevitably be changes,” Irishwoman Maura Hillen,  the president of the AUAN residents’ association in southeast Spain, which represents – among others – hundreds of expat British homeowners, tells Al Jazeera.

“If you look at the people [here] who voted for Brexit – which is quite a divisive issue round here, as you can imagine – a lot of them bought into this propaganda of ‘taking back control’.

“There was a feeling of exceptionalism, too,” Hillen says. That sentiment, she says, was based upon Britons’ argument that “we’re a valuable source of income for the local communities, so we’ll be the exception to the rule when it comes to immigrants”.

“So it’s not so much that January 31st [when Britain officially left the EU] … was a big shock. More that now we’re past that and into the transition period, the reality is beginning to bite – and that ‘exceptionalist’ attitude is beginning to go.”

Hillen cites a recent uptick in British applications for residency, “when for years people would float in and out without formal status”, as one example of reality starting to hit home.

“Then there’s a wave of [British] driving licences being changed to EU ones, as well as the realisation that you can’t just drive back and forth with your dog to the UK any more.

“People said for months ‘that’s not going to happen’ – and now it is. They’re beginning to understand they need to start to grapple with Spanish bureaucracy.” 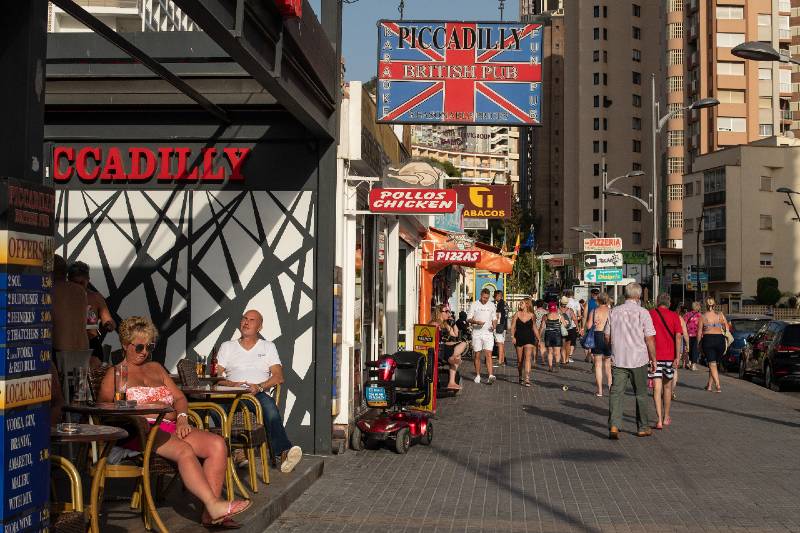 Although the recognition there will be changes may be deepening, some convinced Brexiteers living in mainland Europe argue it will not be such a shock.

CB voted for Brexit, but has been living with his wife and two daughters in the French Pyrenees for the past 11 years, for the “peace and quiet, education system and cultural opportunities for my family”.

“I might be completely wrong, but my assumption is that for a small bit of paperwork we will still be welcome in Europe. You might have to get a work permit, but other than that, everything’s going to be fine.”

His compatriot David Dawson, a Briton in his 50s who recently moved from Spain to northwest Portugal, agrees: “I have several friends from the US and Canada who’ve been living in Europe for decades without any difficulties, so why should it be a problem for us?

“Now that we have left the EU, I’m more concerned about the nitty-gritty of the future relationship. For example, the pension payments that I made in Spain for over 20 years. Will I still have the right to the same pension when I retire?”

While adamant that the UK was right to leave the EU – “to do otherwise would have been a slap in the face of democracy” says Dawson – there is hope that the acrimony thrown up by the Brexit process will finally fade.

“Politics became the new kind of football hooliganism, where nobody really goes along and says ‘ok, we lost, but didn’t they play very well?’,” says CB. “It’s become like two different tribes.

“But while politicians have been getting further apart and pushing people further apart in the process, at least here in France it does seem to have calmed down again now. It’s like it was yesterday’s match.”

As the transition process continues, rather than British residents in Europe moving back to the UK, Hillen  says that overall, a reverse trend has kicked in.

“Speaking to some of my circle who are estate agents, there’s been no drop-off in British people buying houses here, in fact, it’s the opposite.

“People are rushing to get a foothold in Spain before the transition period ends and the residence requirements become too onerous. Rather than fleeing the UK, they’re getting in here before the doors close.”

As for what the “last-minute” British newcomers and other residents may have to deal with in their daily lives, when the EU transition period finally ends and the UK is 100 percent outside the EU, Hillen believes that at grassroots level “the Spanish government is not going to bite a hand that feeds its economy too badly, so I think the anti-Brexiteers’ scenarios are not so realistic either”.

“But the reality is that there will be change, and I think that is sinking in,” Hillen  says.