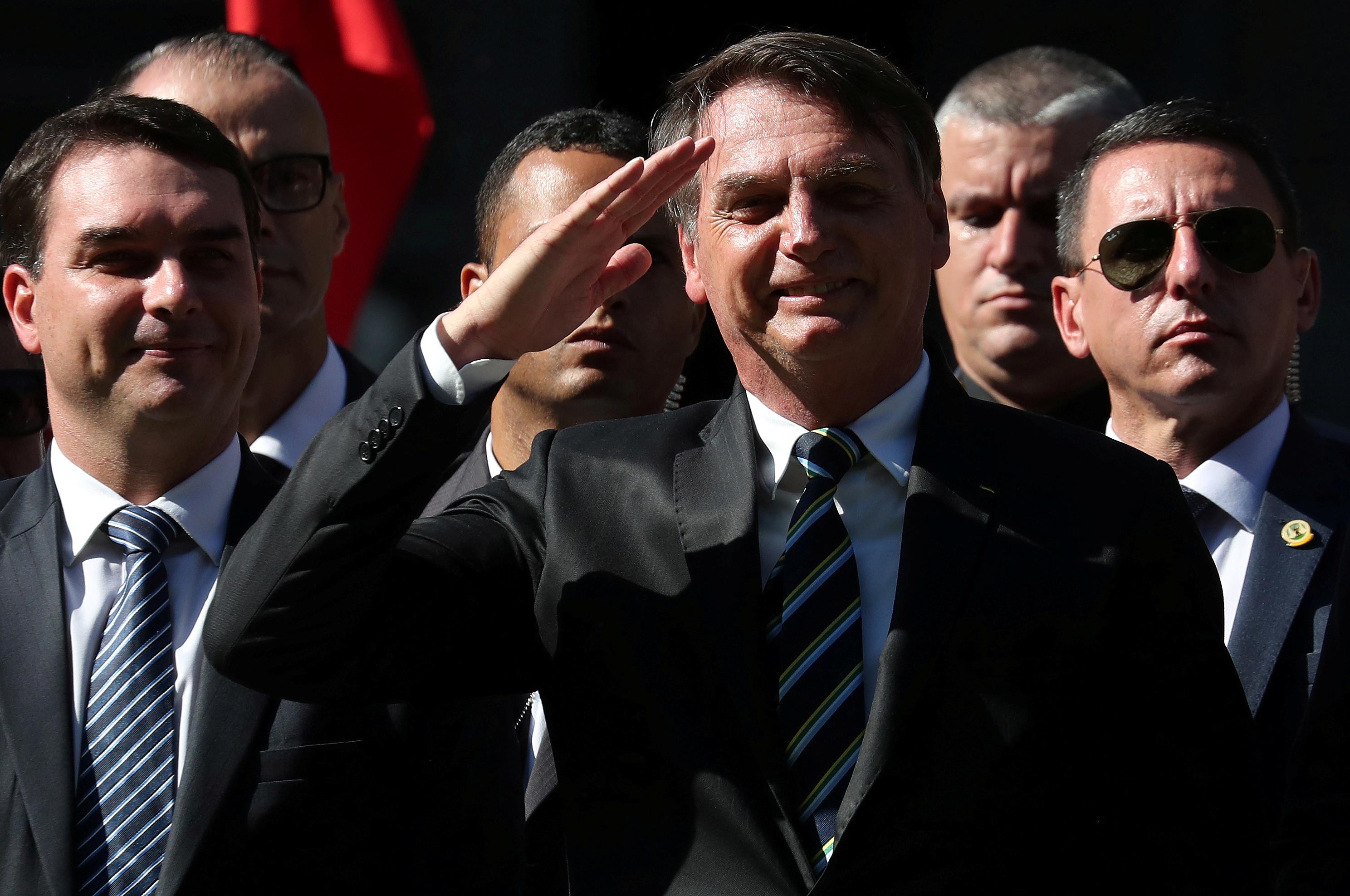 BRASILIA/RIO DE JANEIRO (Reuters) – Brazil President Jair Bolsonaro said on Sunday that the military serves the will of the people and its mission is to defend democracy, adding fuel to a raging debate about the armed forces’ role amid rumbling fears of political instability.

Bolsonaro was speaking in Rio de Janeiro at the funeral of paratrooper who died the day before in an accident at an air base. His comments come as his supporters and detractors gathered in cities across the country, in a stark symbol of the polarization in Latin America’s largest country.

“Our mission, the mission of the Armed Forces, is to defend the country, it is to defend democracy,” Bolsonaro said in a video of his comments posted online. He added that “we are at the service of the will of the Brazilian population.”

Tensions have been growing in Brasilia amid a tense standoff between the president and the Supreme Court, leading some to suggest the military would be forced to pick sides in an eventual worsening of the situation.

Stirred on by his supporters and former generals in his cabinet, Bolsonaro has stoked the tension, saying the military would never remove him from office. The president has grown frustrated by legal cases affecting him and his political backers, while also facing multiple impeachment proposals in Congress that have yet to get off the ground.

The friction also comes as Brazil has struggled with a worsening coronavirus pandemic. It is set to overtake 50,000 deaths on Sunday after passing 1 million cases on Friday. Brazil now has the second-worst outbreak in the world after the United States.

Sunday also saw marches both for and against the president in various Brazilian cities. In Brasilia, the two opposing groups were separated by police. Some of the anti-Bolsonaro marches also included protests against racism in solidarity with the U.S. Black Lives Matter movement.