BBC Weather: UK set to turn 'fresher and windier' for next few days

BBC weather forecaster Matt Taylor said “things are changing across the country”. Referring to the next few days, he warned Britain is set to turn “fresher and winder” with “plenty of showers” expected to hit the country, especially western areas of the country, as we move into the weekend. Eastern parts of Britain will be enjoying “some warmth” today with temperatures up to 24C degrees, despite the chance of “showers and thunderstorms” expected to appear as we head into the evening and overnight.

“Things are changing across the UK.

“Still some warmth in the east today, but overall turning fresher and windier over the next days.

“There will be plenty of showers around for some of you. 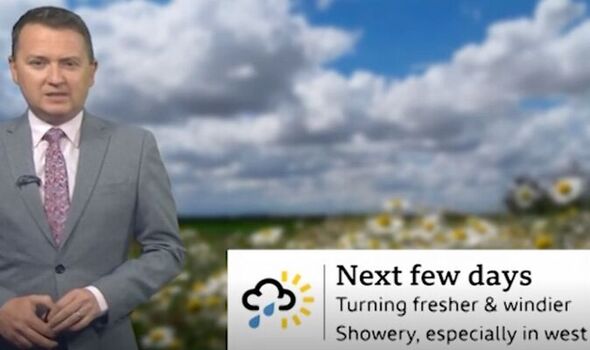 “Showers towards the south-west and Wales.

“Heavy one on the northeast of Scotland.

“This cloud will bring longer spells of rain late in the day to parts of Northern Ireland, Wales, and the south-west.

“There will be some sunshine coming out, feeling warm in eastern areas, particularly across East Anglia and eastern England. 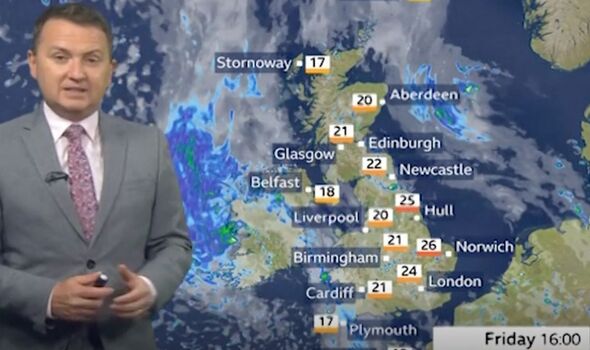 “24C degrees still possible in eastern areas of the country, 20C in Scotland.

“There will be more showers and thunderstorms in the end of the afternoon and evening, pushing north-eastwards across Scotland.

“Still some sunshine either side.

“For some in Scotland, it should be a fine day. 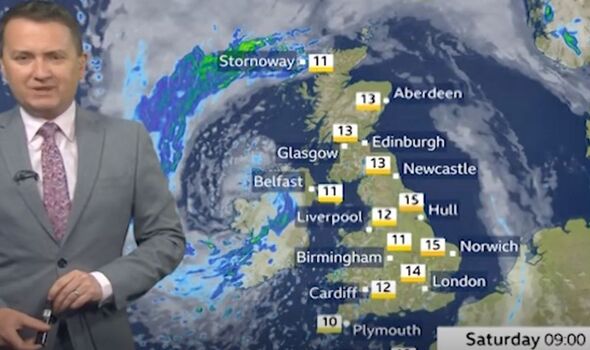 “Sunshine occurring more generally for Northern Ireland, with some outbreaks of rain to the south and the west.

“The same in west Wales, Devon, and Cornwall.

“Rain edging to Glastonbury and maybe to Headingley for the cricketers.

“Pretty warm in the sunshine.”

Referring to overnight’s forecast, he added: “Some brief rain pushing northwards and eastwards.

“It’ll give a sunny start to Saturday.

“A fresh start and through the weekend feeling fresher and windier at times, especially in the west where we will see the most frequent showers.

“There will be some sunshine around next week, not quite as hot as it has been this week”.