A baby girl has been born on board a flight travelling across India.

Crew members helped deliver the child mid-flight along with a doctor, who was also on the plane from Bangalore to Jaipur.

The IndiGo flight 6E-469 departed at 5.45am local time on Wednesday and landed at its destination at around 8am. 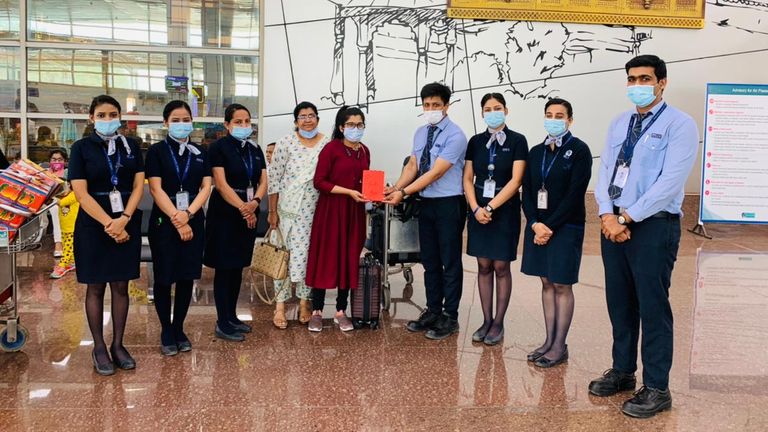 Officials at Jaipur Airport were told to arrange a doctor and ambulance as the plane came in to land, the airline said.

Both the mother and baby are in a stable condition, it added.

The doctor who delivered the child, Dr Subahana Nazir, is a health worker for India‘s North Western Railway.

The rail service hailed her actions in a Twitter post, writing “Committed to duty…. Anytime……. Anywhere” alongside the hashtag #ProudRailwayWomen.

Dr Nazir was later given a thank-you card by the airline, according to Indian newspaper Dainik Bhaskar.

IndiGo said in a statement the delivery had involved “great teamwork” and added staff had also “expressed their gratitude” towards Dr Nazir.

Births on flights are extremely rare and only happen to about one in every 26 million passengers, according to aviation medical support company MedAire.