Australia will see heavy rain and strong winds in coastal parts of the country. The cyclones are forming over the Indian Ocean and churning towards Australia with impact forecast on Friday.

Queensland in the northeast of the country will feel the effects of one of the cyclones.

The Australian Government Bureau of Meteorology has issued a severe weather warning and has forecast damaging winds and heavy rainfall.

The Australian Government Bureau of Meteorology said: “A low-pressure system is likely to produce damaging wind gusts and heavy falls about parts of the northeast coast.” 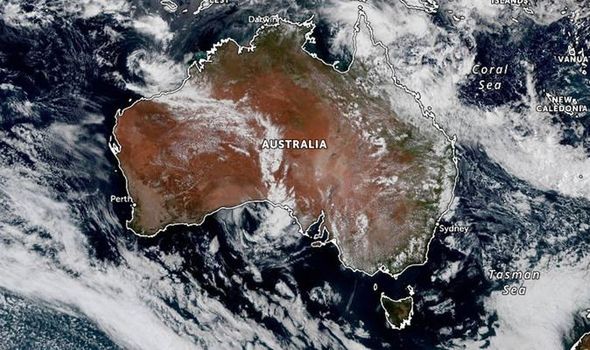 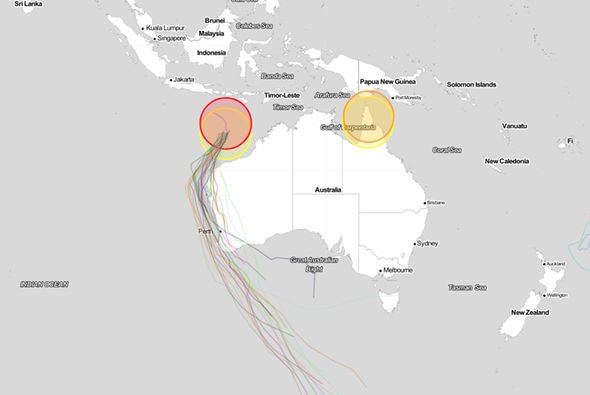 “A low-pressure system is currently located over the Cape York Peninsula.

“The low is forecast to move into the Coral Sea overnight, where it is expected to combine with a strong southeasterly wind surge to produce gusty winds and possible heavy falls.

“Damaging winds, with peak gusts of around 90kmh, are expected to develop from Thursday afternoon along exposed coastal locations and elevated terrain in the warning area.

“Heavy rainfall which may lead to flash flooding may develop Wednesday evening and continue Thursday in the warning area. 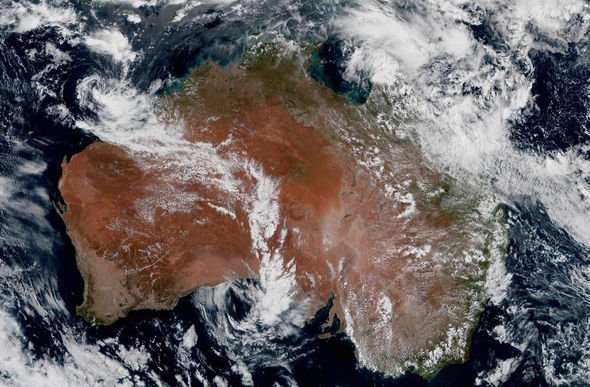 “Falls in excess of 160mm over six hours are possible.

The heaviest downpours are expected to be mostly in coastal areas.

A level 3 Flood Watch has been issued meaning flooding is “possible”.

The storm has been deemed a “weak tropical low” by forecasters who go on to say it will “develop into a tropical cyclone late in the week”, particularly on Friday and Saturday when the likelihood increases from “moderate” to “high”.

At this stage, the system is forecast to move to the east southeast while remaining offshore of the Queensland coast.

The system will remain offshore and strong to gale force winds are expected to occur in the northern and central coastal waters before the system moves away.

A second low-pressure system has been developing in the northwest of Australia. 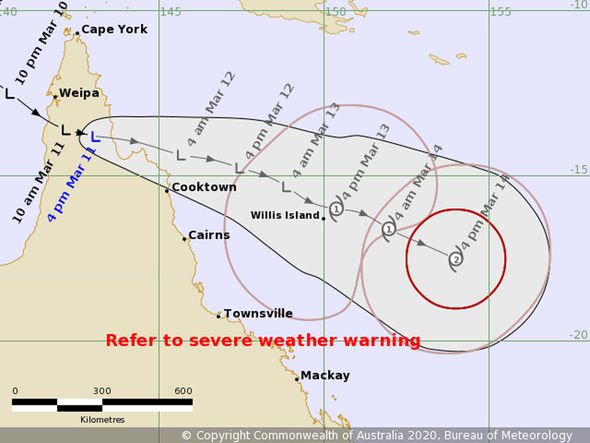 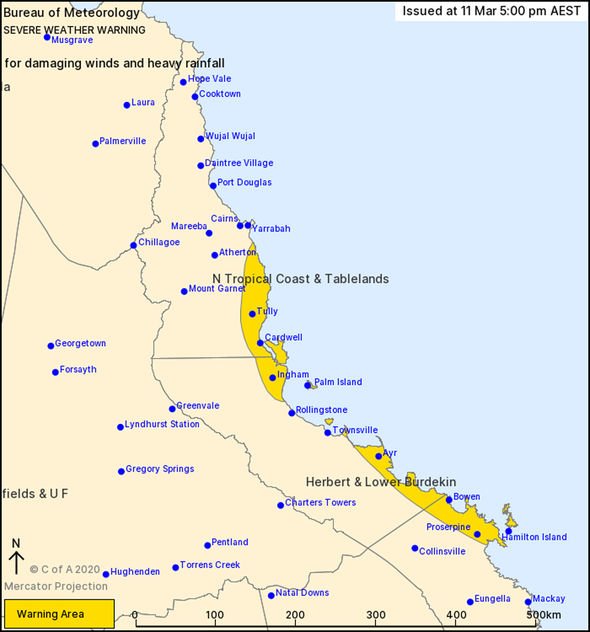 The tropical low was spotted about 560km north of Karratha and 750km north northeast of Exmouth.

The forecast states: “This system is forecast to move south-southwest towards the northwest of Western Australia and lie near the far west Pilbara coast late Thursday evening or early Friday morning.

“This system is unlikely to develop into a tropical cyclone, however, squally conditions and heavy rainfall are possible over the far western Pilbara from later on Thursday as the system moves by.”

The Australian Government Bureau of Meteorology says the storm will weaken on Friday but as it does, it will spell rain for southwestern parts of Western Australia.