“I write from the Panjshir Valley today, ready to follow in my father’s footsteps, with mujahideen fighters who are prepared to once again take on the Taliban.

“We have stores of ammunition and arms that we have patiently collected since my father’s time, because we knew this day might come.”

These words, published on Thursday in the Washington Post, confirmed rumours that a bastion of resistance against the Taliban is once again forming in the Panjshir Valley, just 70 miles (113km) to the north of Kabul.

They were penned by Ahmad Massoud, son of the legendary mujahideen commander Ahmad Shah Massoud, who led an army of freedom fighters from Panjshir in successful battles against the Soviets and later, the Taliban.

It follows a flurry of pictures and videos emerging from the region in recent days of prominent Afghans bearing weapons and posing next to Humvees displaying the Afghan flag.

But as news of possible peace talks between the group and the Taliban spreads, what do we know about the movement taking shape in the mountains and what can its history tell us about how the “Resistance 2.0” could operate? 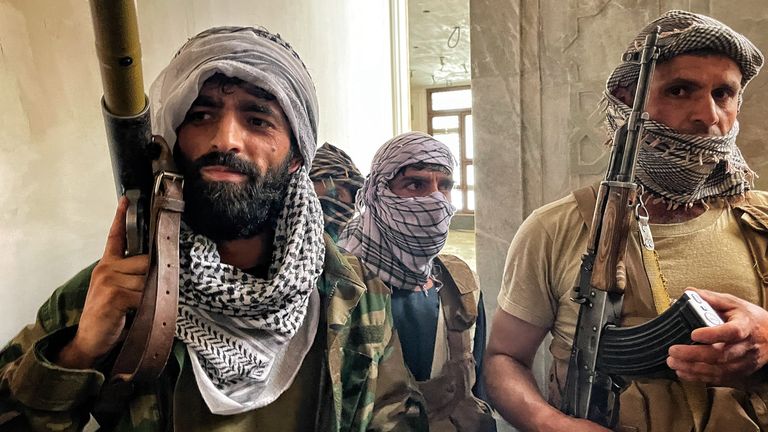 Rumours that prominent Afghan politicians were regrouping in the Panjshir Valley began circulating on Sunday after vice president Amrullah Saleh posted a tweet announcing his commitment to fight on and follow the legacy of his “hero”, Ahmad Shah Massoud.

Later, a video emerged of Saleh and Ahmad Massoud and a weapon-clad entourage boarding a helicopter allegedly headed for Panjshir.

These images, taken on Monday, show five Afghan military helicopters and tens of Humvee vehicles congregating around the Marshall Fahim stadium Rukha, 31 miles (50km) away from the southern border of Panjshir. 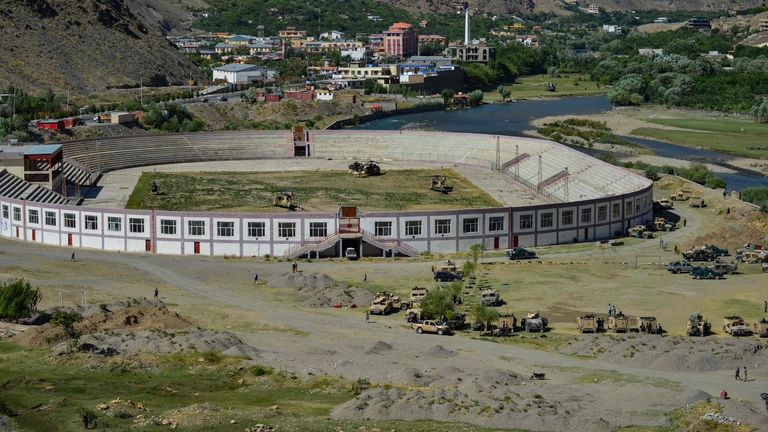 Speaking to The National newspaper, Mr Massoud said that scores of Afghan military had fled to Panjshir, bringing hundreds of Humvees, armoured cars and five helicopters with them.

Another video began circulating on Wednesday showing a convoy brandishing the flag of the Northern Alliance, the rebel group that fought against the Taliban after it seized power in 1996.

As the week has drawn on, more and more Afghan commandos have publicly announced their support for the “Resistance 2.0”.

And this feeling appears to be reflected by Panjshiris online. Local Facebook groups in the valley are filled with outpourings of support for Ahmad Massoud.

The anti-Taliban sentiment had been intensifying in the region even before the insurgents captured Kabul.

Sky News correspondent Alex Crawford visited the valley in July of this year and was told by Mr Massoud: “There is no way we will give in to the Taliban. We will fight to the death.” 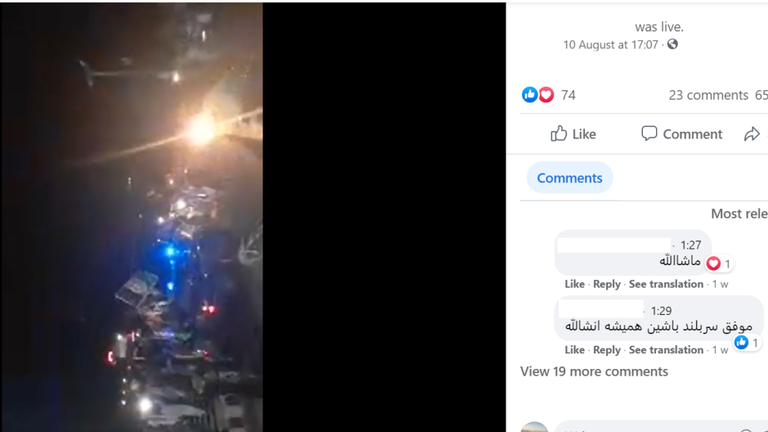 It has been two decades since the people of Panjshir last fought against the Taliban, but the region has long maintained a distinct identity.

Signs of the previous resistance against the Soviets in the 1980s and the Taliban in the 1990s still litter the Panjshir landscape in the form of discarded weapons and rusting tanks. And the tales of these famous battles have inspired prominent Panjshiri politicians, many of whom took up important roles in the Afghan government after the fall of the Taliban.

Amrullah Saleh is one of these well known figures. Formerly head of the Afghan intelligence service, he rose to the position of vice president in 2019. Following Ashraf Ghani fleeing the country on 15 August, Mr Saleh declared himself the caretaker president of Afghanistan, in accordance with the Afghan constitution.

Mr Saleh has already fought battles with the Taliban. In 2019, several suicide bombers attacked his office in Kabul. It resulted in the deaths of more than 20 of his colleagues, with Mr Saleh only escaping by fighting a rooftop gun battle with the insurgents before scrambling to safety.

Now leading the resistance with Mr Massoud, Mr Saleh will likely be a key figure in any peace talks that ensue with the Taliban.

A source who knows the Panjshir region well told Sky News that people are preparing for peace talks in the valley, but that preparations for the resistance continue. Defences are being bolstered at entrances to the Panjshir Valley, the south of which is guarded by a narrow gorge. 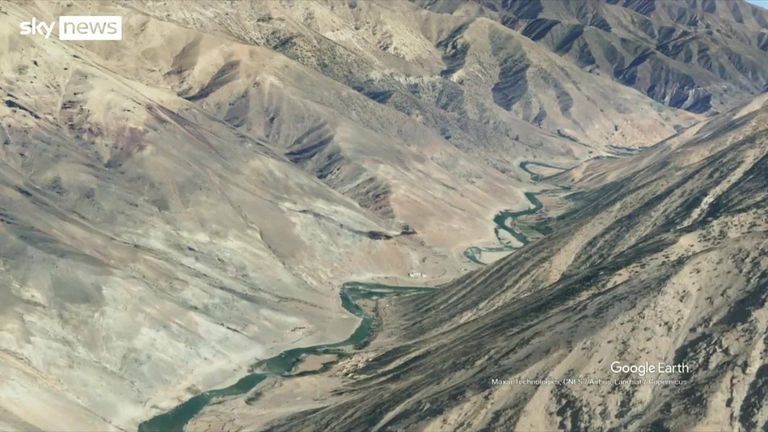 The source also reported that there had been two skirmishes with the Taliban high in the mountains, along the eastern border of Panjshir with neighbouring Laghman province.

The source suggested that thousands of people have been flocking to Panjshir as a last refuge.

Feeding these people, and supplying a resistance army, will be challenging in a remote region surrounded on all sides by a force that outnumbers and outguns them.

These facts help explain the final words in the title of Ahmad Massoud’s newspaper article: “We need help.”

The Data and Forensics team is a multi-skilled unit dedicated to providing transparent journalism from Sky News. We gather, analyse and visualise data to tell data-driven stories. We combine traditional reporting skills with advanced analysis of satellite images, social media and other open source information. Through multimedia storytelling we aim to better explain the world while also showing how our journalism is done.