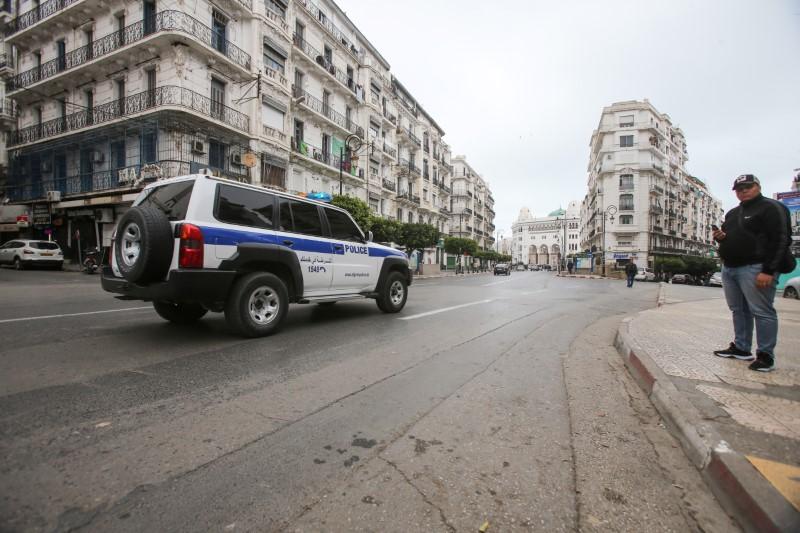 ALGIERS (Reuters) – Algerian protesters heeded a presidential order over the coronavirus, and the pleas of some of their own leaders, by not staging their weekly demonstration against the ruling elite on Friday for the first time in over a year.

“No marchers today, only policemen, journalists and a couple of passers by,” said a journalist watching for any signs of protesters in the central Algiers streets that have for months been their stronghold.

Millions have marched in Algiers and in other cities to demand the uprooting of a system they see as corrupt. They did not stop protesting even after president Abdelaziz Bouteflika was forced to resign in April 2019.

Algeria’s president Abdelmadjid Tebboune on Thursday ordered the security forces to enforce a ban on any public gathering as part of the government’s measures to contain the coronavirus, with 94 cases confirmed in the country so far.