NAIROBI (Reuters) – Several African governments on Sunday closed borders, canceled flights and imposed strict entry and quarantine requirements to contain the spread of the new coronavirus, which has a foothold in at least 26 countries on the continent as cases keep rising. 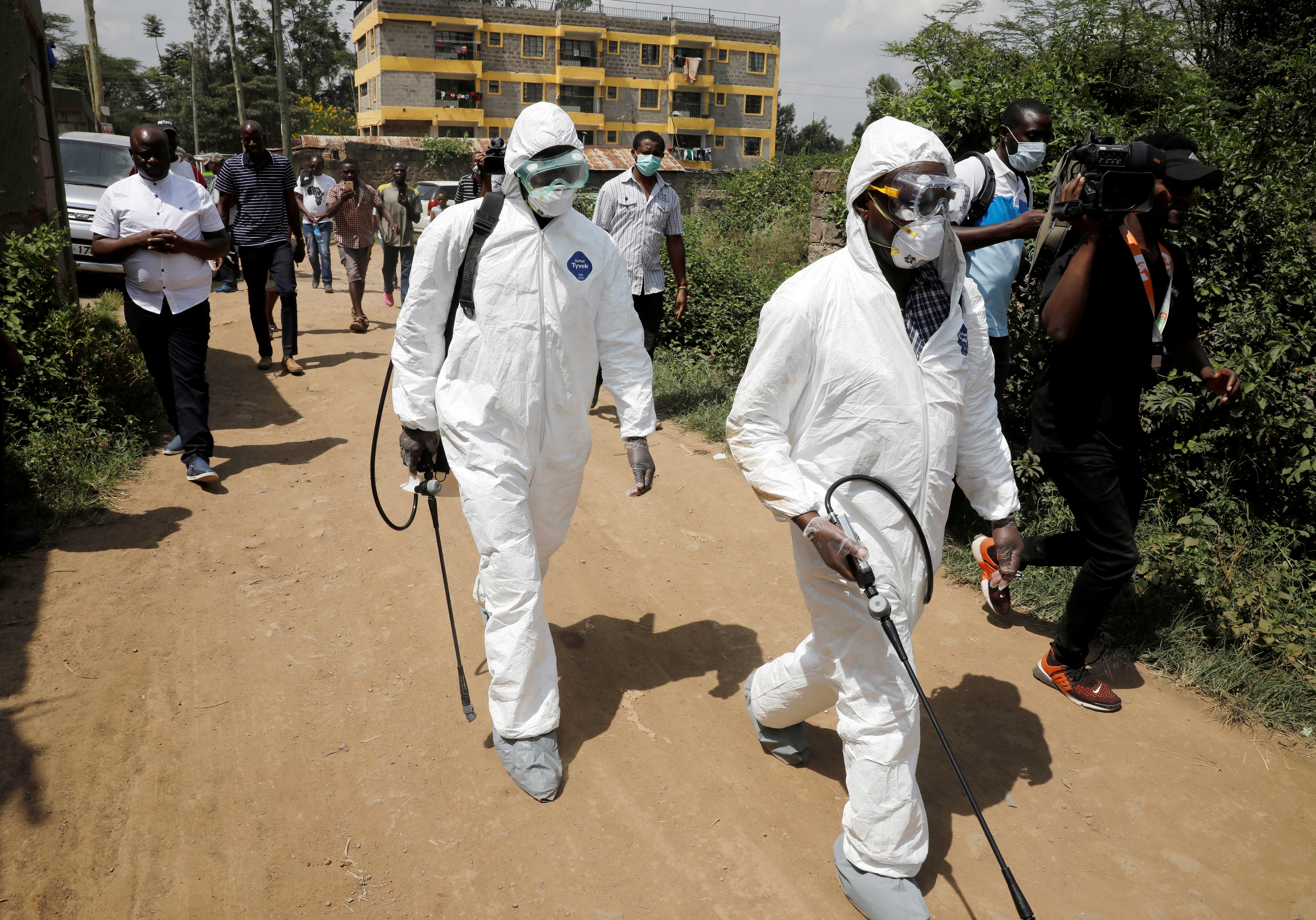 South African President Cyril Ramaphosa declared a national state of disaster and warned the outbreak could have a “potentially lasting” impact on the continent’s most-developed economy, which is already in recession.

Measures to be taken there include barring travel to and from countries such as Italy, Germany, China and the United States.

“Any foreign national who has visited high-risk countries in the past 20 days will be denied a visa,” he said, adding that South Africans who visited targeted countries would be subjected to testing and quarantine when returning home.

South Africa, which has recorded 61 cases, will also prohibit gatherings of more than 100 people, Ramaphosa said.

“Only Kenyan citizens, and any foreigners with valid residence permits will be allowed to come in, provided they proceed on self-quarantine,” he told the nation in a televised address.

The ban would take effect within 48 hours and remain in place for at least 30 days, he said.

Schools should close immediately and universities by the end of the week, he added. Citizens would be encouraged to make cashless transactions to cut the risk of handling contaminated money.

Kenya and Ethiopia have now recorded three and four cases respectively, authorities in each nation said on Sunday, two days after they both reported their first cases.

In West Africa, Ghana will ban entry from Tuesday to anyone who has been to a country with more than 200 coronavirus cases in the past 14 days, unless they are an official resident or Ghanaian national. Ghana has recorded six cases.

President Nana Akufo-Addo said in a televised Sunday evening address that universities and schools will be closed from Monday until further notice. Public gatherings will be banned for four weeks, he said, though private burials are allowed for groups of less than 25 people.

In southern Africa, Namibia ordered schools to close for a month after recording its first two cases on Saturday.

Djibouti, which has no confirmed case of COVID-19, said on Sunday it was suspending all international flights. Tanzania, which also has no cases yet, canceled flights to India and suspended school games.

Other nations have also shuttered schools, canceled religious festivals and sporting events to minimize the risk of transmission. Some 156,500 people worldwide have been infected and almost 6,000 have died.